No Præmium Imperiale in 2020: International Artists’ Awards Postponed to Fall 2021 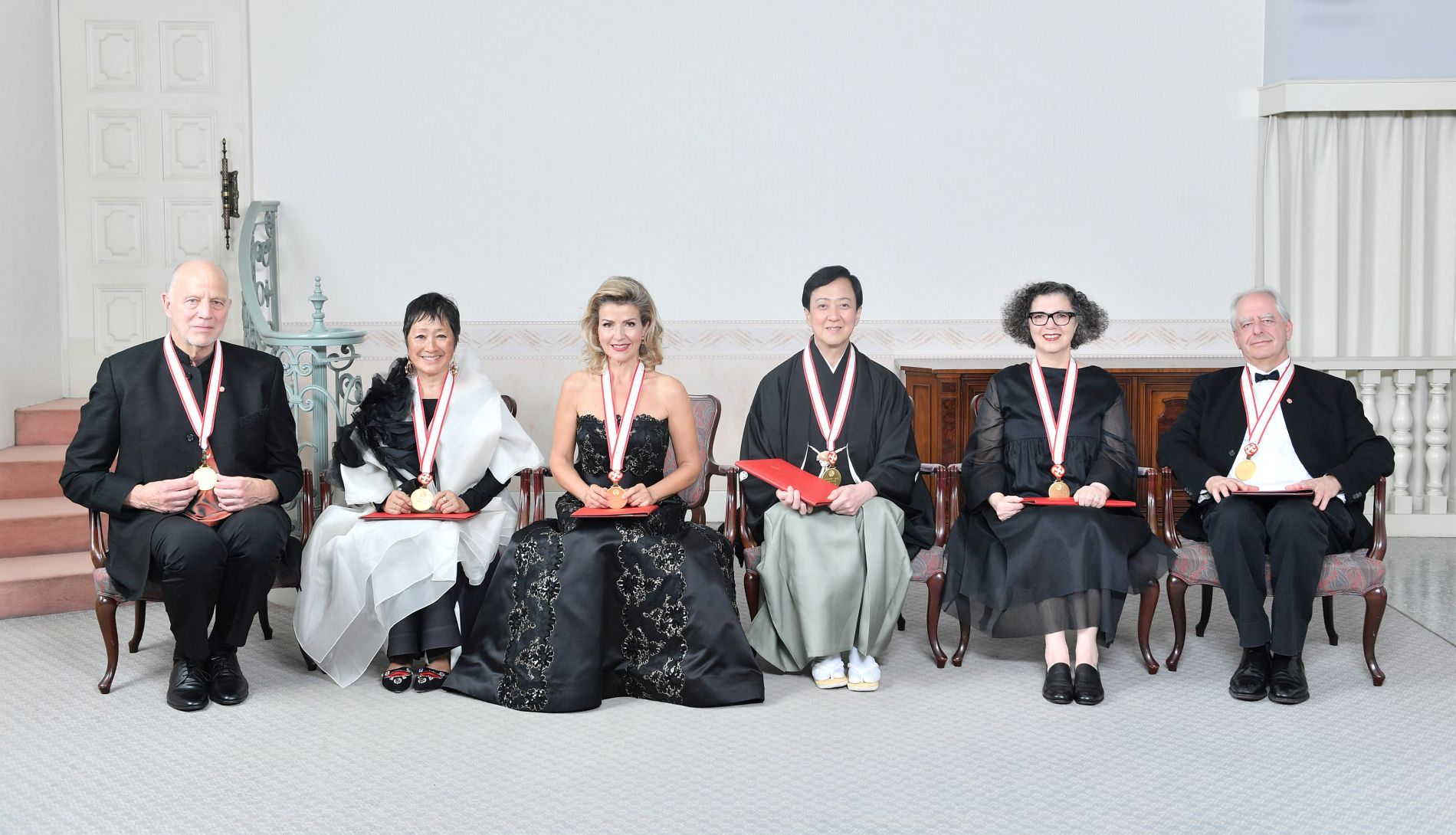 The prestigious Præmium Imperiale award, which recognizes the achievements of artists from all over the world, will officially not be held in 2020.

The organizing committee made the announcement on Wednesday, June 17, saying that, due to the coronavirus pandemic, it was decided not to hold the 32nd edition of the awards this year. The announcement specifically affects the awards announcement and awards ceremony, which were due to happen in September and October 2020, respectively.

The organizers said that the proceedings would be moved instead to the autumn of 2021, expressing the hope that by then “the world will have recovered from the global crisis and overcome the threat of coronavirus.

The Præmium Imperiale, created in honor of Prince Takamatsu, recognizes some of the world’s greatest artists. It is organized by the Japan Art Association under the honorary patronage of His Imperial Highness Prince Hitachi, who has been patron of the association for nearly three decades.

The award has recognized the outstanding lives of artists in different categories, namely painting, sculpture, music, theater/film, and architecture. The list of laureates includes 160 from 30 countries as of 2019, most recently including inspiring contemporary figures such as Riccardo Muti, Catherine Deneuve, Youssou N’Dour, Bando Tamasaburo, Mikhail Baryshnikov, and many more.

In 2020, the organizing committee expressed their regret for being unable to hold the event as planned, explaining in a press release that “everyone’s safety is of paramount importance.”

The decision reflects the widely held concern that the current indications are that it is likely that the world will still be in turmoil in September and October as a result of the pandemic. In these circumstances, the Japan Art Association does not feel that it would be appropriate to gather their International Advisors, laureates and distinguished guests in Tokyo.

The Japan Art Association chooses the winners based on the recommendations of individual international advisors in England, France, Italy, Germany, the United States, and Japan.

Several prominent statesmen and business leaders are among the international advisors, including Lamberto Dini, Christopher Patten, Klaus-Dieter Lehmann, Jean-Pierre Raffarin, and Caroline Kennedy. Honorary advisors include David Rockefeller Jr., François Pinault, and William Luers. Their varied nationalities and residences highlight the difficulty in gathering so many people together to make the awards happen.

The Præmium Imperiale’s aim has always been to strive to unite the world through art. At the 2019 awards ceremony, Japan Art Association president Hisashi Hieda commented that he hoped that the awards could contribute “even just a little bit to peace in the world.”

This year as well, the organizers fittingly shared their wish that the next Præmium Imperiale could become a chance to appreciate the importance of art and international understanding:

We hope that the Præmium Imperiale events will provide welcome opportunities for the celebration of the central role of the Arts in our lives; important for healing and uniting people of the world, transcending national boundaries and differences of race and language.

Past Laureates’ Thoughts on the Decision

The 2019 laureates were quick to react to the sad announcement by the Japan Art Association.

Music laureate Anne-Sophie Mutter wrote a personal letter addressed to all the friends of the arts at the Praemium Imperiale, in which she applauded the difficult decision taken by the association: “With all sadness: I welcome the consistent attitude of the Japan Art Association, because health and safety should always be the first priority in all considerations — nobody should be endangered!”

German-born Mutter is considered “the Queen of Violin.” At a young age she was recognized as precociously talented. When only 13, she was invited by the legendary conductor Herbert von Karajan to play with the Berlin Philharmonic — an orchestra with which she continues to collaborate to this day.

Her comments come through as particularly heartfelt, given that the musician herself was reportedly diagnosed with COVID-19 in late March and forced to self-isolate to prevent further spread.

With moving words, the world-famous violinist shared in her letter some of the difficulty she, and perhaps also other musicians, were feeling in this trying time of COVID-19:

Because we artists are among the hardest hit professional groups, we are practically banned from practicing. For us musicians, communication with the audience was abruptly cut off at the beginning of March. I see that as an amputation. The lively exchange with the audience made me become a musician.

Mutter went on with a message of hope for future laureates, and a wish for  people all over the world to look forward to a time when we will all be able to come together and appreciate art again:

I am a musician because I love playing the violin — but ultimately always for the other. And I firmly believe that in the not too distant future this will also be possible in front of a physically present audience.

Although the 32nd edition of the awards will now be held in 2021, the Japan Art Association shared its expectation that the 33rd Præmium Imperiale Awards will be held as planned in 2022.