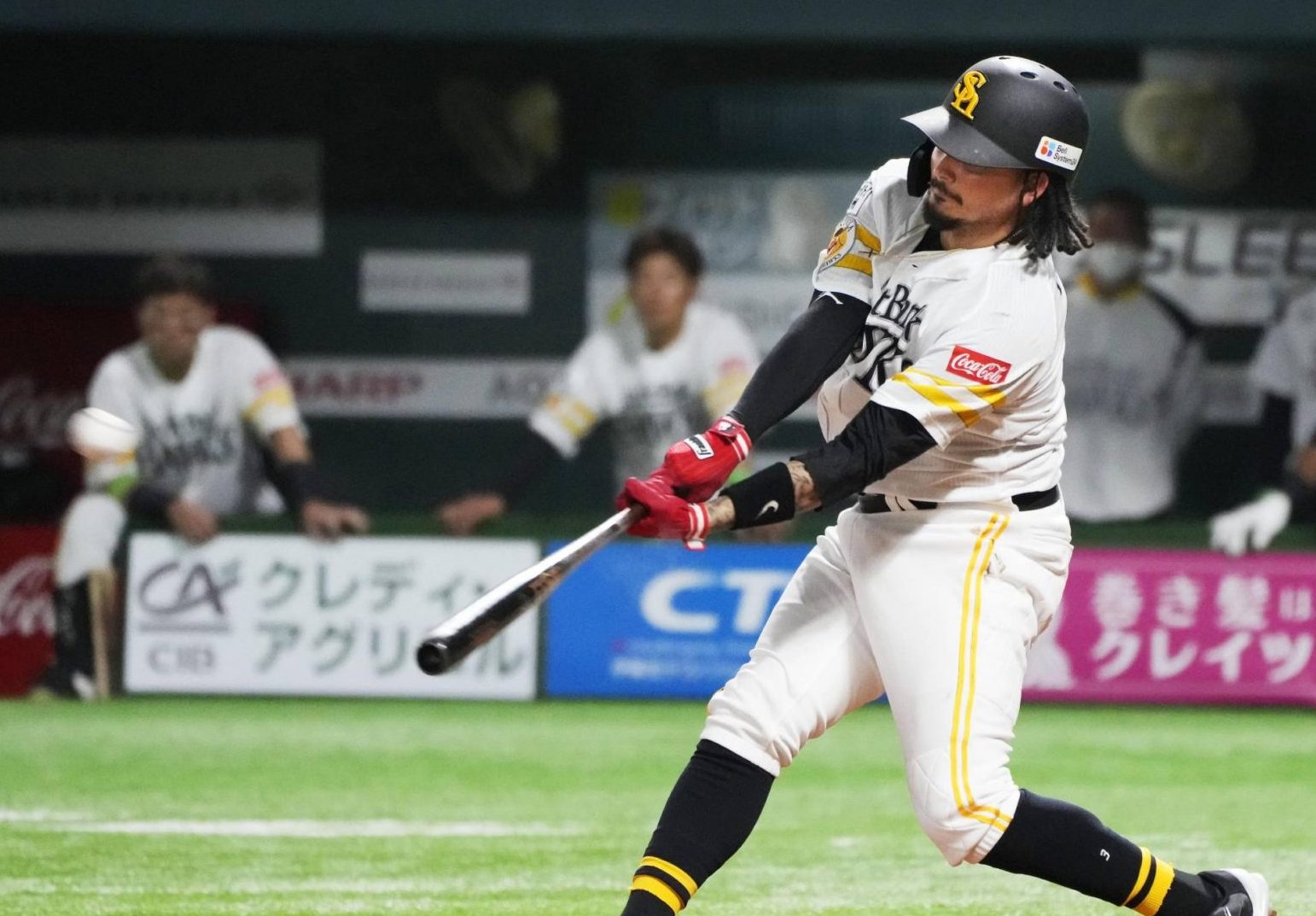 Switch-hitting infielder Freddy Galvis is in his first season with the Fukuoka SoftBank Hawks. (ⒸSANKEI)

The transition to Nippon Professional Baseball is never an easy one, even for experienced major leaguers.

Among other things, the fact that Japanese pitchers throw more off-speed pitches than their counterparts in Major League Baseball is cited as one of the biggest hurdles to overcome.

Then there are the various cultural differences off the field to contend with.

The Fukuoka SoftBank Hawks of the Pacific League sent the struggling shortstop down to their farm team on Monday, May 2 after he got off to a slow start that included a .129 batting average and just one home run and four RBIs through his first 22 games.

“It was a tough decision,” SoftBank coach Hiroyuki Mori said. “We were worried his motivation would wane if he was being taken out of games so better to send him down where he can get regular at-bats and hopefully get his rhythm back.”

The 32-year-old Galvis, who also has MLB experience with the San Diego Padres, Cincinnati Reds, Toronto Blue Jays and Baltimore Orioles, was one of the biggest offseason signings among NPB teams and came to Japan with high expectations.

Sending a player down to the farm can work wonders. Just ask Sho Nakata of the Yomiuri Giants.

Nakata was struggling with a .188 batting average and two homers in 22 games for the top team.

Since the Giants sent him down to the farm, the 33 year-old infielder has belted five homers in five games through May 3.

It Happens to the Best

Orix Buffaloes ace Yoshinobu Yamamoto was one the best pitchers in Japanese baseball last season, compiling an 18-5 record with a 1.39 ERA and 206 strikeouts in 26 games.

He also added a gold medal to his long list of achievements when he helped Japan to a top-of-the-podium finish in the baseball tournament at the Tokyo Olympics.

But on Tuesday, May 3, the 23-year-old right-hander showed that he is only human.

In a game against the Hawks, Yamamoto was tagged for seven runs on 10 hits over 5⅓ innings, his worst outing ever as a pro.

The seven runs included a grand slam given up to SoftBank’s Yuki Yanagita.

For Yamamoto, the game against the Hawks was the first time since May 28 of 2021 that he didn’t produce a quality start which is defined as three earned runs or less over six innings or more.

The 33-year-old right-hander worked eight scoreless innings to pick up the win as the Pacific League-leading Eagles beat the Hokkaido Nipponham Fighters 2-1 at Sapporo Dome.

In the first inning of that game, Tanaka logged his 1,500th inning in Nippon Professional Baseball. An impressive number considering he spent seven years in MLB with the New York Yankees.

Tanaka is a native of Hyogo Prefecture but pitched high school ball in Tomakomai, Hokkaido.

“I think it was fate that allowed me to achieve this milestone in Hokkaido,” Tanaka was quoted as saying by Kyodo News. “It’s been a while since I pitched here but I have so many good memories of Hokkaido and this ballpark.”

With the win, Tanaka improved to 3-1 for the high-flying Eagles. After modest results in his return to NPB last season, Tanaka is showing signs that he is back to his dominant self.

Yomiuri Giants cleanup hitter Kazuma Okamoto is off to an impressive start for the Central League-leading team.

Through Thursday, May 5, Okamoto already has 11 home runs, 28 RBIs and 18 runs scored, numbers that indicate he could be in for his best season yet.

The 26-year-old infielder had 39 homers and 113 RBIs last season to win the CL home run and RBI titles for the second year in a row.

Okamoto has 146 homers since his first season with the Giants in 2015.

It’s fair to say the Giants haven’t had power like this since Hideki Matsui played for them between 1993 and 2002 during which time he hit 332 homers.

Right-hander Drew Anderson kicked off his NPB career in style on Thursday, May 5.

Anderson flirted with a no-hitter en route to his first first win for the Hiroshima Carp in a 3-0 decision over the Giants.

The 28-year-old native of Nevada struck out seven and allowed just one hit and no walks over seven innings.

Prior to signing with the Carp last year, Anderson pitched for the Philadelphia Phillies, the Chicago White Sox and the Texas Rangers.

Anderson’s season was put on hold due to COVID-19 restrictions. It took over a month into the season before his first start.

“He was a bit nervous but that was great pitching,” Hiroshima manager Shinji Sasaoka said. “He took a big step in earning a place in the rotation.”

The win also allowed the Carp to pull within just 1½ games of the front-running Giants in the standings.