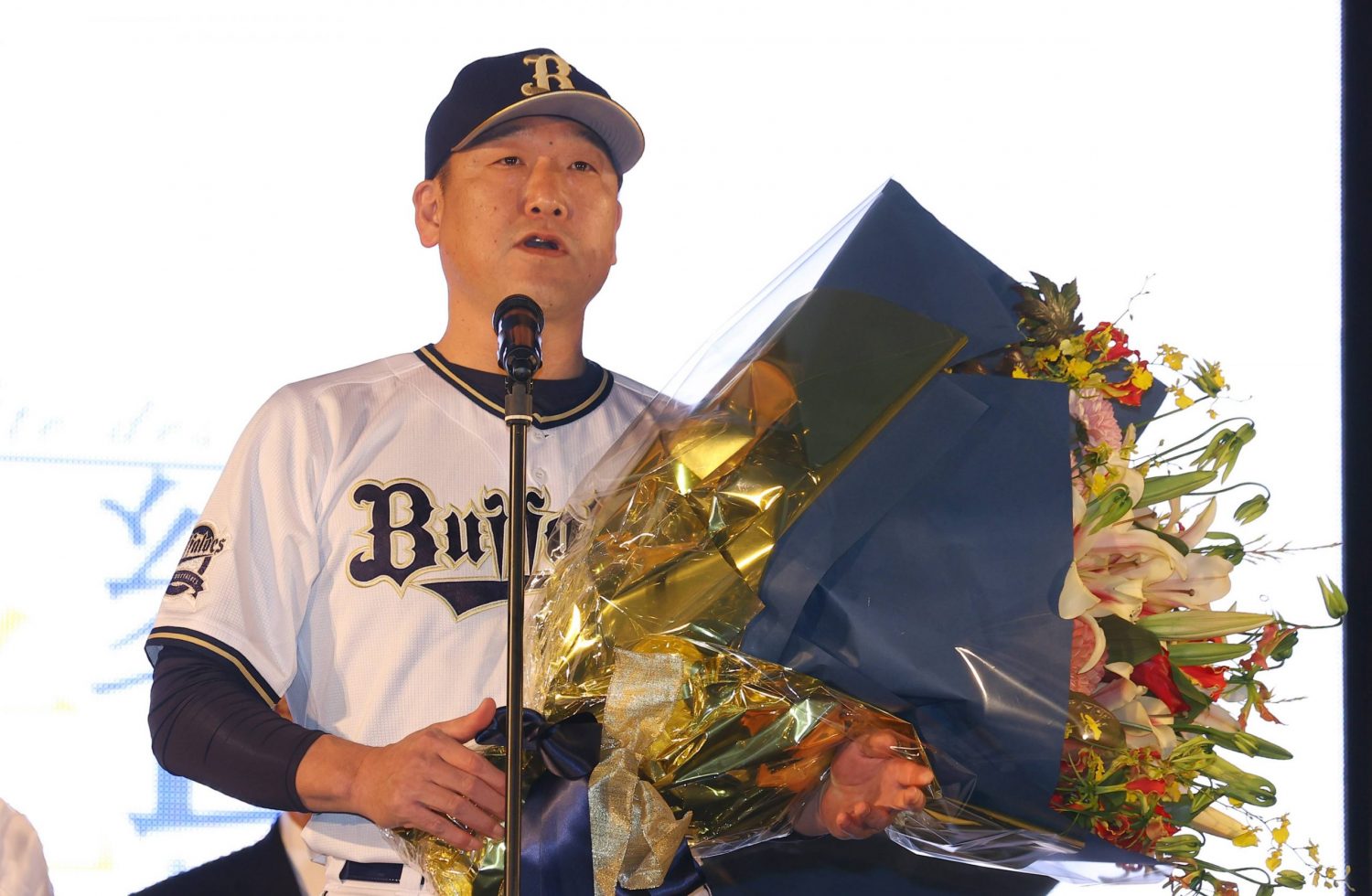 Orix Buffaloes manager Satoshi Nakajima was named the winner of the Matsutaro Shoriki Award on Tuesday, November 8 after guiding his team to their first Japan Series championship in 26 years last month.

Nakajima beat out Triple Crown-winning slugger Munetaka Murakami of the Tokyo Yakult Swallows, who were beaten four games to two (there was also a tie) in the Japan Series.

The Shoriki Award is named after the former owner of the Yomiuri Giants who created Japan's first professional league. It is given to the player or manager who makes the greatest contribution to Japanese baseball.

Since 2001, it has been awarded to the Japan Series-winning manager with only four exceptions.

Giving the award to Nakajima over Murakami was something of a surprise given that the 22-year-old Murakami surpassed legendary slugger Sadaharu Oh's mark of 55 homers in a season.

Murakami belted his 56th in the last game of the season on October 3 and electrified fans all season long with his superb batting.