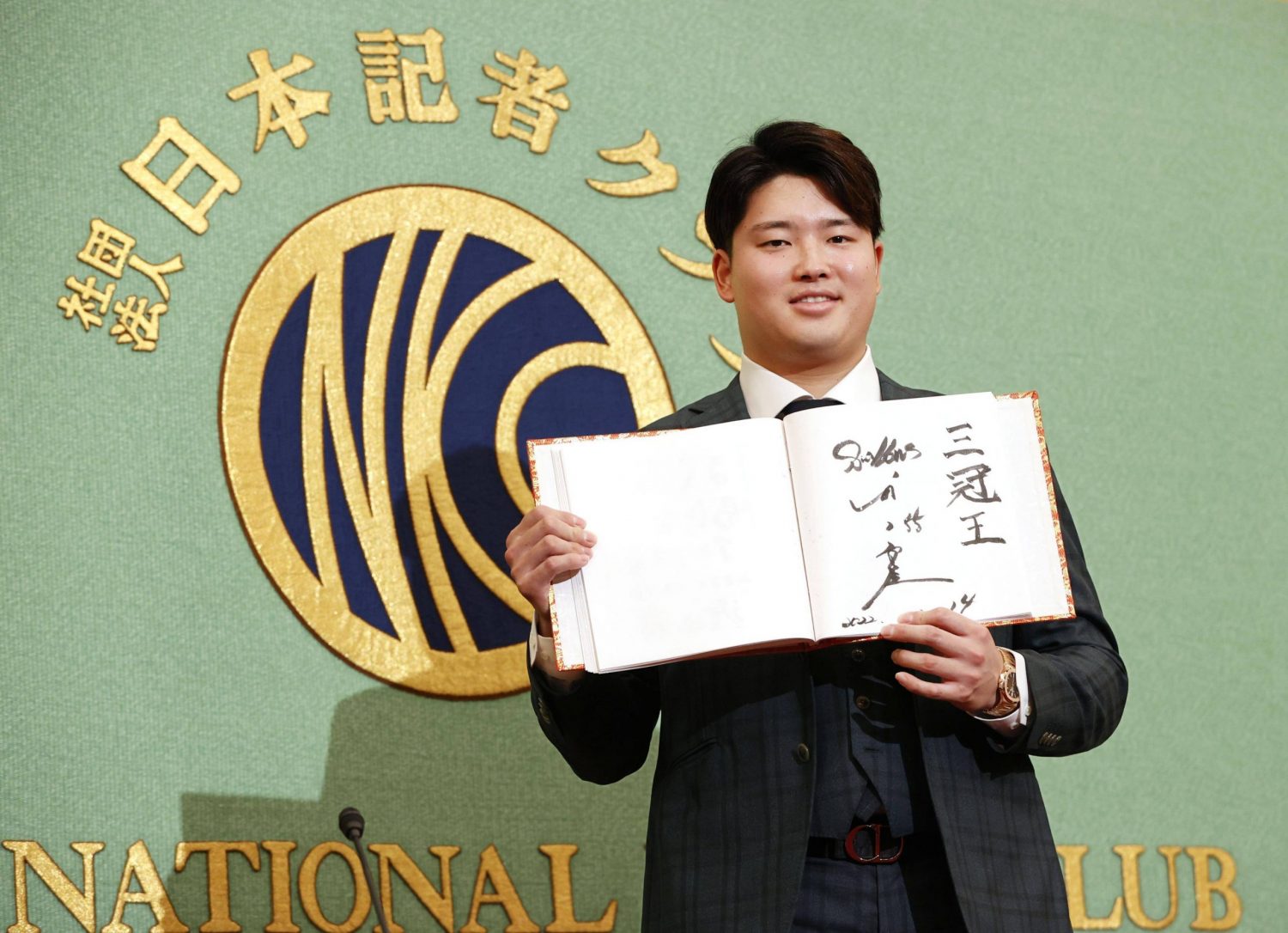 Like many of his countrymen, Triple Crown winner Munetaka Murakami has expressed an interest in moving to the major leagues.

The Tokyo Yakult Swallows slugger told reporters earlier this month that he would like to test his talents in MLB while he is still in his prime.

"Of course, I want to try," the 22-year-old Murakami said during a news conference on Monday, November 14 at the Japan National Press Club. "I don't know how old I'll be, but I'm still young, so the sooner the better."

Murakami has only played four full seasons for the Swallows. So he has a long way to go before achieving international free agency status.

For him to go sooner, the Swallows would have to be open to making him available through the posting system. Some teams in NPB are more open to posting than others.

The record of Japanese position players over the years in MLB has been spotty. Ichiro Suzuki and Hideki Matsui thrived in the majors. But many more failed or had only modest results. Tsuyoshi Nishioka, formerly of the Chiba Lotte Marines, comes to mind.