Rakuhei’s Ukiyo-e Diary: The Charm of the Roles Played By Katherine Hepburn 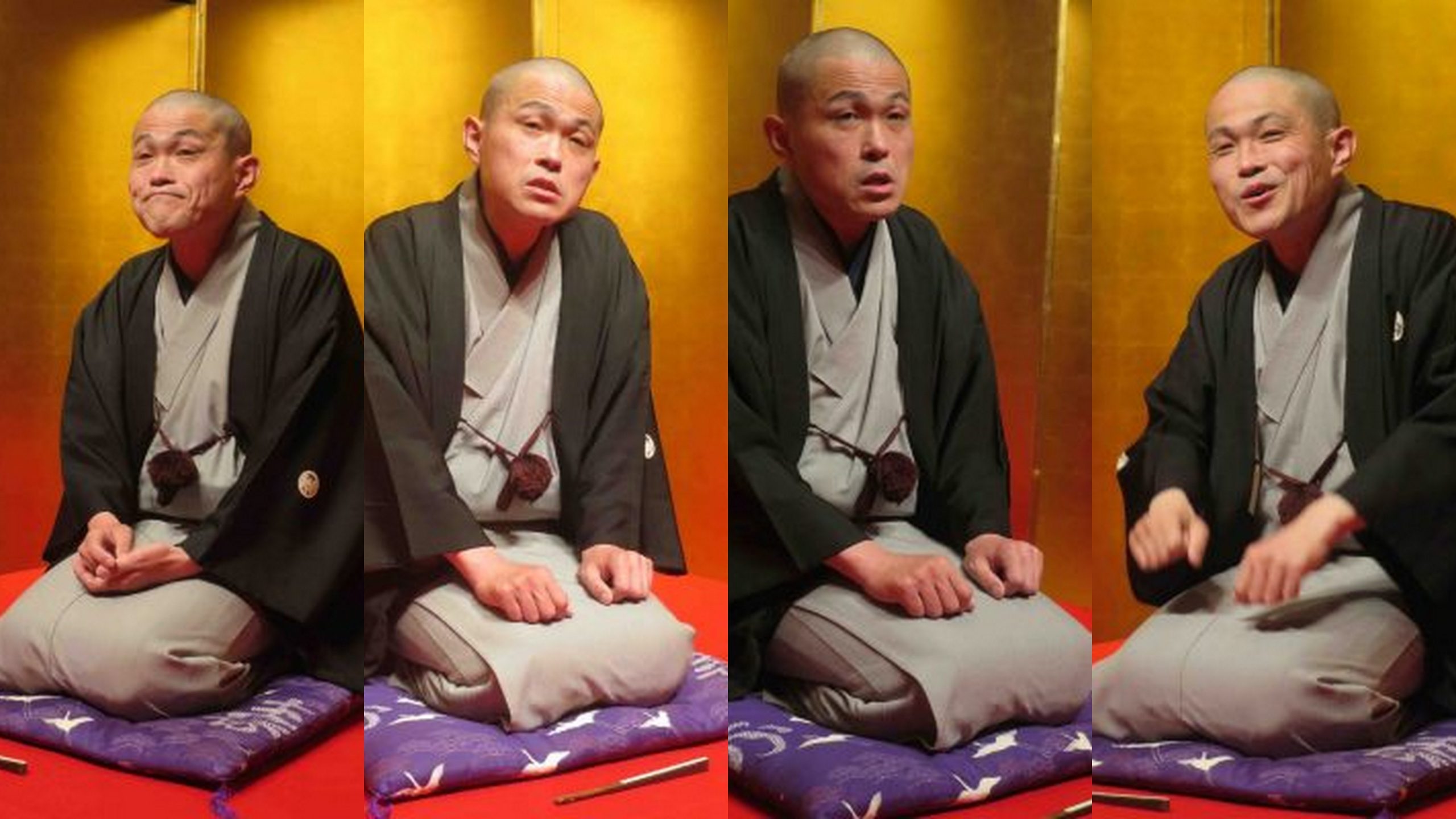 Because I am involved in the classic Rakugo theater, I like classic films. (Rakugo literally means “fallen words”, the traditional comic storytelling form of entertainment in which one storyteller sits on stage to tell stories in a comical way). Among the films I saw recently are those starring Katherine Hepburn, one of Hollywood’s leading actresses of the 20th century.

Katherine Hepburn has many features that are in common with the characters in rakugo. She is attractive not for her sex appeal but for her tomboyish charm.

There are various women characters in Rakugo. The wife of the merchant, the courtesan, the town girl, the geisha, and the old woman of a glue shop. The most common role is that of the woman of a nagaya, (the traditional row of houses for the working class where residents lived side by side), usually the wife of Hachigoro (clownish, bigmouth, but likeable) or Kumagoro (likeable, quick-tempered and often a drinker), who are popular rakugo stereotypes of the working class men. Each rakugo anecdote varies, but the wife usually appears defiant, strong enough to scare her husband, and quarrels with him all the time.

Katherine Hepburn has portrayed similar roles. Apparently, Hepburn herself had a determined and independent character. She was an elegant and refined actress, but at the same time candid, not fussing about details. An open-hearted person. At least she played such roles, which makes her similar to the figure of Edokko no okamisan, the typical Tokyoite wife. (Edo was the old name for Tokyo).

Jo, the main character of Little Women was a perfect role for her when she was young. The story is about four sisters from the American Civil War era, and depicts how the tomboyish second daughter Jo grows up as she helps her mother take care of the family while her father is at war.

In African Queen she plays the younger sister of a missionary who came to Africa to teach. Caught up in the midst of World War I, she falls in love with the captain of the ship, African Queen, played by Humphrey Bogart, and joins him to fight their enemies. Typically Hepburn appears more confident than her male counterpart.

In Adam’s Rib she plays a female lawyer who fights in court against her husband, a prosecutor, over a single shooting case. No matter who your opponent is, never bend when you think you are right. It was a comedy about a woman with a strong will.

On Golden Pond is a movie she did with the famous actor Henry Fonda. It portrays an elderly couple spending time at a beautiful lake, and their interaction with their family. The two great performers are not as energetic as they were when they were young, but it’s interesting just to watch them.

It is said that Kokontei Shinsho V, a famous rakugo master later in his career, went to sit in the front row seat in a theater and began dozing. When the apprentice tried to wake him, one spectator called out, “Let him sleep”. The audience was happy just to watch him. It was the maestro’s presence that counts.

Of course, the two great actors of On Golden Pond do not fall asleep on screen, but watching their performance made me think that a master entertainer could make a viewer cry out in admiration for their artistic skill and accumulated experience. It would be interesting if we used the strong female image played by Hepburn in a rakugo skit.

Learn more about Rakugo through JAPAN Forward articles, watch our full Ragugo Online playlist, and subscribe to our YouTube channel.

(Find access to this special article in Japanese at this link.)