Sanctions against Russia Aren't Working - and Gorgonzola Proves It 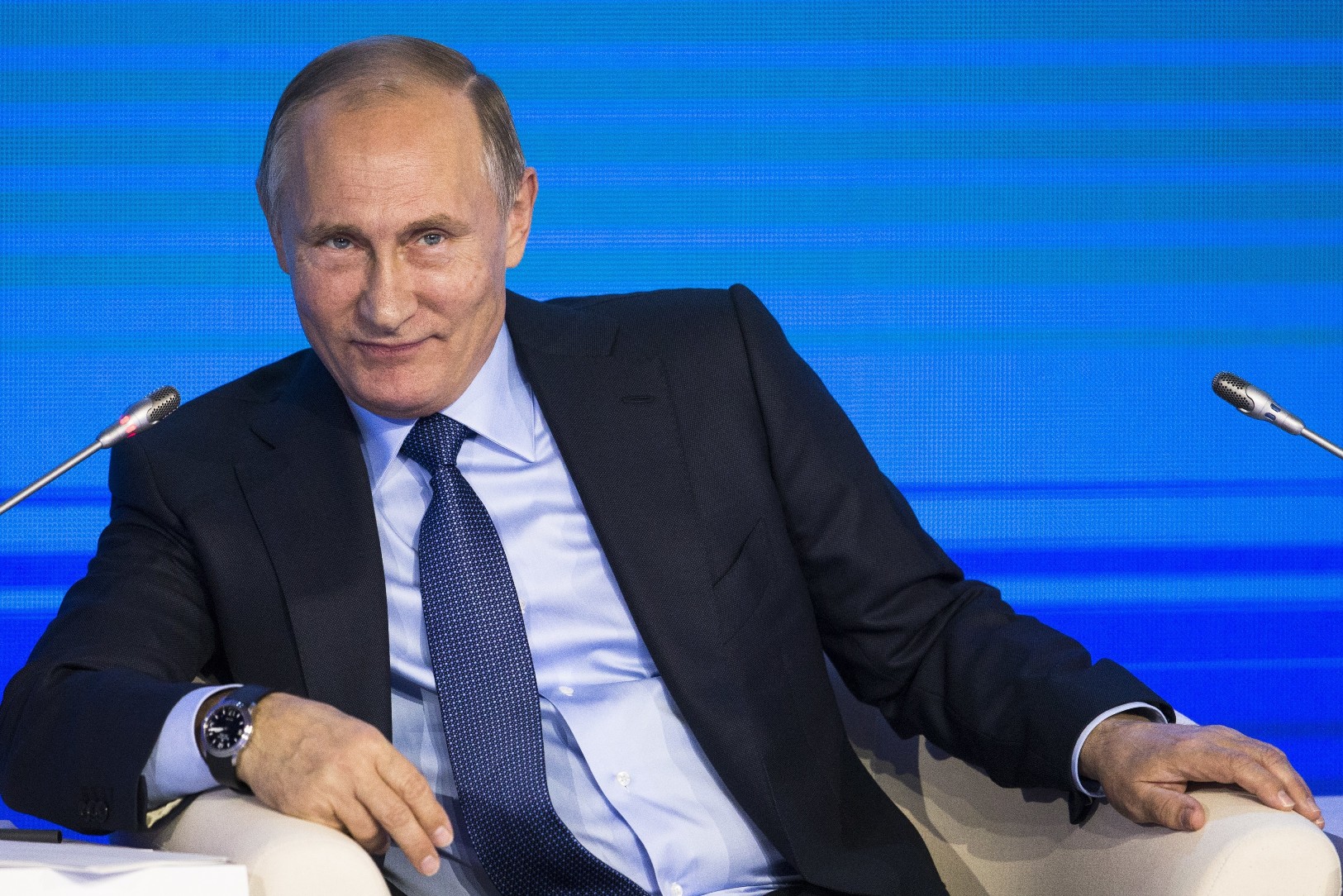 For Russia, 2014 was the bumpiest year in recent history. Western sanctions, which had followed the annexation of Crimea and support for separatist rebels in eastern Ukraine, along with the fall of oil price, surely meant that the Russian economy was heading for a crash.

If it did, this was precisely what Western sanctions were supposed to accomplish, ruining the Russian economy and leaving it “in tatters” (as one former president called it) to fuel social unease and political instability with the ultimate goal of changing the course of Russian politics, or the government itself, or even replacing Vladimir Putin, who supposedly was behind all bad things, except, maybe, falling oil prices.

Almost three years have passed and it’s becoming apparent that the sanctions have had the opposite effect. President Putin’s popularity is above 80 percent, while public approval of the government and parliament are also rising. The sanctions have brought the nation together, as so often happens when the nation is at war or fighting the consequences of a natural disaster or other extraordinary situation which creates a sense of integrity within the nation. And that’s exactly what happened in Russia. As Anthony Scaramucci, of President Trump transition team, put it recently “…the sanctions had in some ways an opposite effect because of Russian culture. I think the Russians would eat snow if they had to.”

And he’s right, except that this time the Russians don’t need to eat snow, as sanctions (or rather contra-sanctions) actually had a positive effect on Russian economy as it got back on track relatively fast, despite the significant financial restrictions.

The effect of oil prices on the Russian economy is well known, but the effect of western sanctions this time is, to say the least, not what it was supposed to be. While restrictions to funding in international markets left Russia without the financial leverage necessary for economic growth, the effect of contra-sanctions, imposing a ban on imports of food and agricultural products, would be simply unimaginable. This was helpful to heal economic wounds caused by political confrontation and allowed some Russian sectors, mainly agriculture and the food industry, to continue growing while other industries were struggling to survive. Import substitution has become the key word for growth in those sectors.

As a result, more “grown, baked, and made in Russia” food essentials started to fill the shelves of national supermarket chains. The physical volumes of food and agricultural products imported in 2015 decreased by 20 percent compared to the previous year when the sanctions were introduced, allowing Russian agrarians the chance to increase local production. This was apparent not only for essentials, but Russians also have challenged the terra incognita. For example, imported cheese was banned, but now one can buy Russian-made Gorgonzola (around 300 rubles for 100g) at Moscow supermarkets, which is not an unreasonable price considering inflation and the price of imported Gorgonzola which would have cost consumers 100-300 more rubles for the same 100g in 2013.

Interestingly, in 2010, Russia was concerned about excessive food imports flooding the country amid the strong ruble, so the government has adopted “The Doctrine of Food Security of Russian Federation” program as a way of incorporating more local products at supermarkets. There is no doubt that the sanctions, or specifically contra-sanctions, made a marked contribution in the implementation of the above doctrine.

The positive effect of the sanctions has helped speed up not only the recovery in agriculture and the food industry, but it’s also helped the domestic agricultural machinery sector expand into niches which were previously occupied by imports. This brings hope for increasing investment demand, which is necessary for sustainable economic growth and a possible cure for the “Dutch disease” in the Russian economy caused by the strong currency during the “fat years” of sky-high oil prices.

His reaction is hardly surprising considering that some Russian lawmakers believe that the only way to protect Russian agro-business is to keep the sanctions indefinitely. This is, of course, an extreme view and highly unrealistic, not to mention ultimately harmful for Russia itself as trade protectionism is, but the agricultural lobby is determined to protect itself, at least for the time being.

The overall economy has started to do better. The RTS stock market index rose by 50 percent, the ruble strengthened by 20 percent against the dollar and was the best performing currency among emerging market currencies last year. The Russian Ministry of Economic Development revised its forecast for GDP growth in 2016 from -0.6 percent to -0.5 percent, underpinning the comments of Elvira Nabiullina, governor of Central Bank of Russia, that 2016 was the year of adjusting to outside shocks and 2017 is expected to be a year of positive growth. Additionally, oil prices rose above $50 amid the agreement between OPEC and non-OPEC reached in December and marked the first agreement in 15 years between the participants to decrease oil production. Nevertheless, the price is still significantly below its peak of nearly $120 in mid-2014. Although growth is expected to be relatively low (around 1 percent in 2017 and between 1.5 percent-2.0 percent in 2018-2019) because of structural problems caused by an aging population, complicated bureaucratic procedures, and an ineffective public sector (to name a few), the fact that the economy has not only stabilized but is about to grow despite the international economic environment being relatively unchanged, is a fairly remarkable event.

The sanctions against Russia, which made it almost impossible for Russian banks and companies to borrow abroad, are still in place, although more experts now predict that there is a possibility that the sanctions will be lifted or at least softened over the next year, reflecting  hope of a  more Russia-friendly  foreign policy  under  the new Trump administration.  And while this still only speculation, it looks like fortune has started to smile on Russians again. Geopolitically speaking, this is good not only for Russia, but for the whole world.

Because isn’t a bad peace better than a good war?