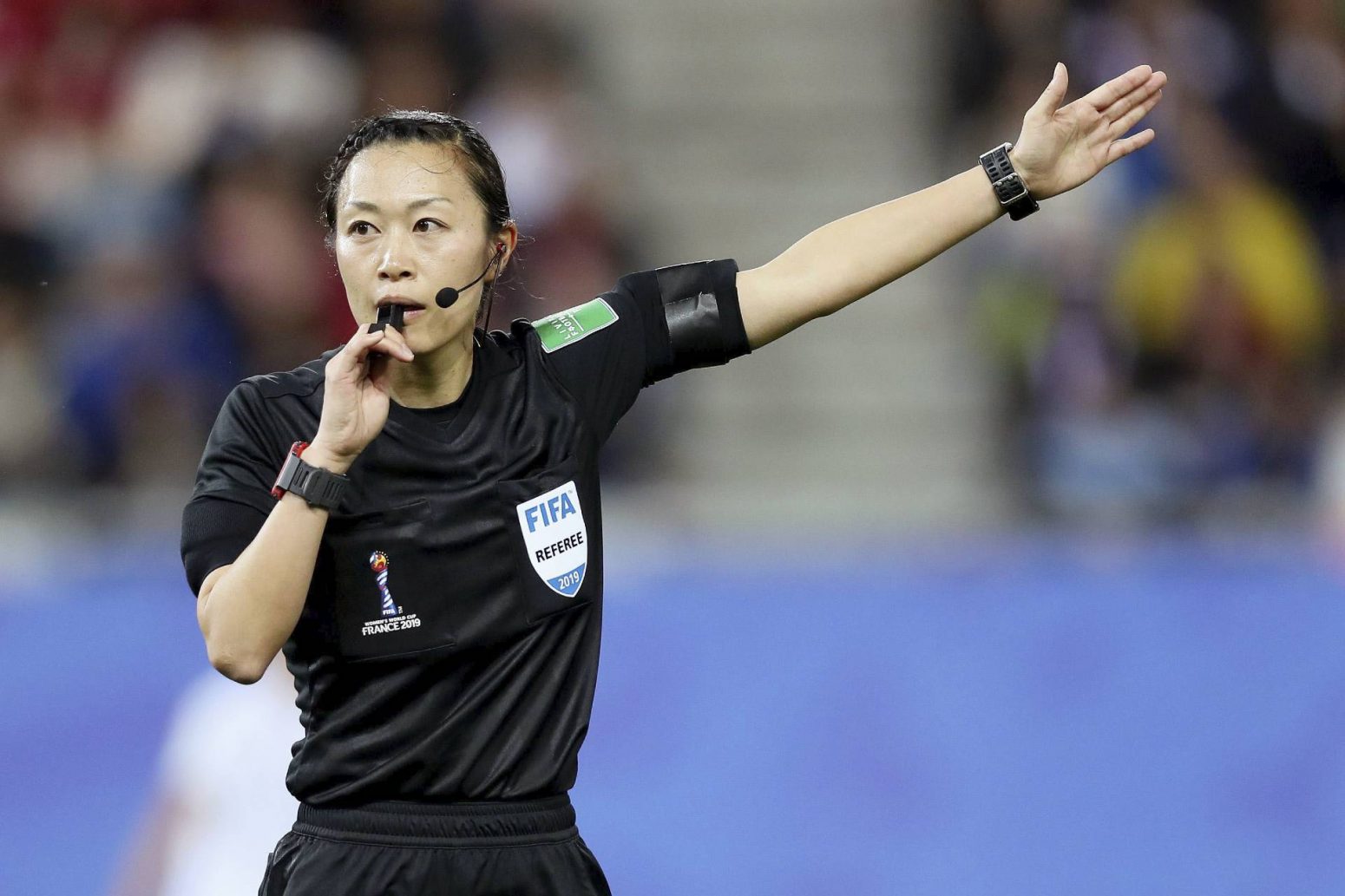 Yoshimi Yamashita is gearing up for the biggest assignment of her career as a soccer referee.

FIFA, soccer’s world governing body, announced on Thursday, May 19 that Yamashita is one of 36 referees for this year’s World Cup in Qatar.

Yamashita is one of three women who’ll work as referees in the quadrennial men’s soccer showcase for the first time.

France’s Stephanie Frappart and Rwanda’s Salima Mukansanga were also named to the list.

Among 69 assistant referees for this year's tournament,  which begins on November 21 and runs through December 18 with a total of 64 games, three women were chosen: Kathryn Nesbitt of the United States, Neuza Back of Brazil and Karen Diaz Medina of Mexico.

Yamashita Vows to Be Ready

“I am very honored to be selected and cannot thank you all enough,” Yamashita said. “In order to ensure the success of the tournament, I will prepare myself to the best of my ability and enter the tournament with the pride and responsibility as a representative of Japan.”

The 36-year-old Yamashita, who was born in Tokyo, has worked as an international soccer referee since the 28th Summer Universiade, also known as the 2015 World University Games, in Gwangju, South Korea.

She also served as a referee at the 2019 Women’s World Cup in France and at the Tokyo Olympics last year, working the United States-Sweden women’s match on July 24 in Tokyo.

On May 16, 2021, Yamashita became the first Japanese woman to referee a J.League match, officiating a contest between third-division clubs Y.S.C.C. Yokohama and Tegevajaro Miyazaki.

Pierluigi Collina, chairman of FIFA’s referees committee, said referees and assistant referees were chosen for the World Cup based on their experience.

"As always, the criteria we have used is 'quality first,' and the selected match officials representing the highest level of refereeing worldwide," Collina said in comments posted on FIFA.com.

"In this way, we clearly emphasize that it is quality that counts for us and not gender."

As the referee in the biggest match in the world’s most popular sport at the 2002 World Cup final at Yokohama’s International Stadium, Collina’s voice is influential when the topic is officiating.

"I would hope that in the future the selection of elite women's match officials for important men's competitions will be perceived as something normal and no longer as sensational," Collina said.