[Speaking Out] The Science Council of Japan Symbolizes the Postwar Regime 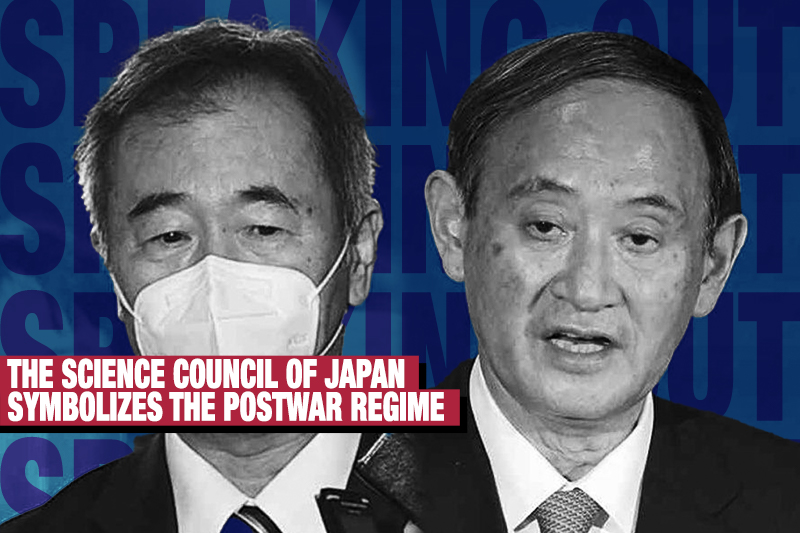 What the Science Council of Japan should be has been brought into question since Prime Minister Yoshihide Suga refused to appoint six of 105 candidates recommended for SCJ membership. We must acknowledge that the SCJ is symbolic of the postwar regime, which was designed to confine Japan and its institutions into a framework for a defeated country.

The SCJ was founded in 1949, when Japan was still under an occupation administered by the General Headquarters of the Allied Forces (GHQ). The purpose of the SCJ was to have scholars, who had been obliged to cooperate during the war, play an important role in the reconstruction of Japan as a “cultured nation” after the war.

The GHQ showed “unusual interest” in the creation of the SCJ, according  to a letter sent by Naoto Kameyama, the first SCJ president, to then- Prime Minister Shigeru Yoshida on November 20, 1953. Kameyama’s letter was sent to express his opposition to the argument for transferring the jurisdiction over the SCJ  from the Prime Minister’s Office to a private sector organization or another government agency under administrative reforms.

Kameyama explained that a national organization of scientists like the SCJ was either a governmental or semi-governmental body in “civilized nations.” The only exception was the United  States, but the GHQ admitted it was appropriate for the SCJ to be a governmental body, according to Kameyama.

GHQ was interested in using the SCJ as well as the new Constitution of Japan as tools to demilitarize Japan. The Japanese constitution was written over a relatively short period of time, mainly by GHQ’s young Government Section officials in charge of occupation policy. The constitution was designed to disarm and

weaken Japan. Under the circumstances, it was natural for GHQ to be interested in the SCJ as a group of peace-oriented scholars to reconstruct Japan as a cultured nation.

The SCJ has been loyal in its pursuit of that mission. In 1950 and 1967, it issued  statements vowing to reject any scientific research for the purpose of war. In March 2017, it announced a statement raising opposition to the Defense Acquisition,  Technology and Logistics Agency’s security technology research promotion program.

Memorandum of Cooperation with China

The SCJ, which strictly monitors domestic research activities, signed a  memorandum in 2015 with the China Association for Science and Technology for cooperation in “areas of common scientific interests.”

Taking up the memorandum  at the House of Councillors Cabinet Committee on October 8, lawmaker Eriko Yamatani of the ruling Liberal Democratic Party asked if the SCJ had ever discussed a growing sense of crisis in the U.S. about technology outflow to China, which is embarking on civil-military fusion.

Cabinet Office State Minister Hiromi  Mitsubayashi answered that he was unaware that the SCJ had discussed the  matter.

In a column in The Sankei Shimbun newspaper last November, Meisei  University Professor Masahiko Hosokawa, who had formerly worked for the Ministry of  Economy, Trade and Industry, said the U.S. was about to expand regulations on technology transfers to China to cover not only technologies that could be diverted to military purposes, but also some that were not regulated before.

At a time when Japan needs to cooperate with the U.S. and others in tackling threats posed by China’s behavior, it is not necessary for the SCJ, which has failed to progress beyond its postwar regime, to be maintained as a government organization.

(A version of this article was first published by the Japan Institute for National Fundamentals, Speaking Out #726, on October 14, 2020.)