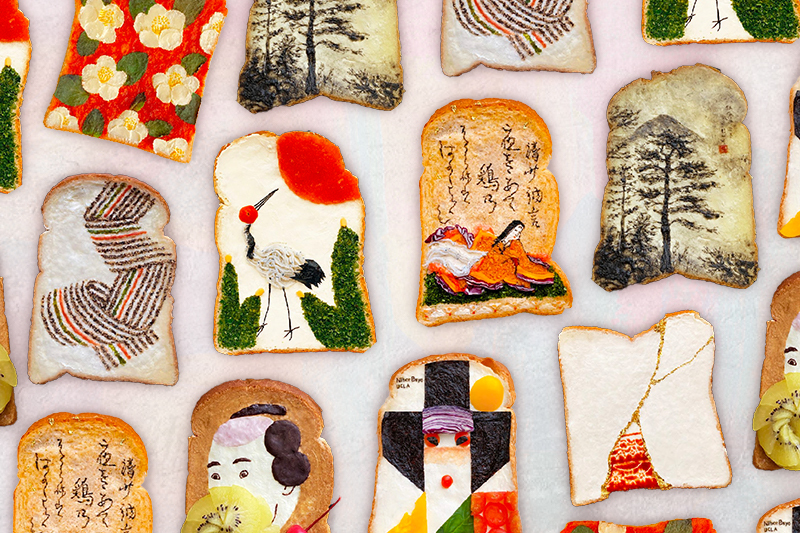 Spending more time at home has challenged us in many ways, ranging from trying not to laze away the day to finding routines that keep us on schedule. Then there is the matter of menus for daily meals that make us want to eat. 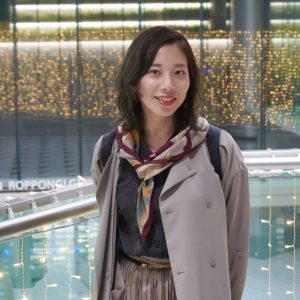 Japanese designer and conceptual artist Manami Sasaki has found a creative way to cope with the stay-home era. She has replaced a long commute to work by upgrading her asagohan (breakfast). Now she puts her artistic skills to work on an edible canvas — a loaf of bread.

“My office has turned to teleworking since the end of March, and because I have a long commute from my house to the office, every day I would wake up early to get ready for work,” she explained in a video call. “And having more time in the morning was making me lazy, so I had to do something to change that.”

She began creating her “Stay Home Asagohan” series and posting photos on her Instagram account @sasamana1204 on April 14. The number of followers has been growing each day.

“It all started from trying to come up with an idea that would excite me to wake up in the morning,” Manami explained, “I have no problem waking up early, so I thought maybe I could do something creative. It turned out to be decorating bread for breakfast and making it into a daily routine.”

Since childhood, her breakfast has always been bread, so it was natural to choose a loaf of bread as her new canvas.

“I did consider making kyaraben (Japanese lunch box with sophisticated designs) before I decided to work with bread. But because of my lack of cooking skills, I thought the project would be over in a day,” she said. “So I thought a loaf of bread would be a better choice for me, as I wouldn’t have to drastically alter my daily habits.”

Manami says she decides on her themes the night before. Most of her motifs portray the things she loves.

“I’ve always loved Japanese culture, Japanese traditional artistic techniques, and anything related to Japan. I also have a few favorite international designers and artists, but Japan has so many things that I find interesting and that inspire me to try — I think I just really like anything Japanese,” she said. “It takes a lot of patience and energy to make these, so just to keep me motivated, themes are based on what I like the most.” 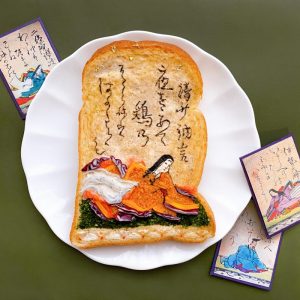 It takes her about 30 minutes on average to come up with a theme, and another one and a half to two hours to decorate them every day.

“With a paintbrush or pencil I can draw really fast, but placing toppings on bread is another story. For instance, I have to be careful about what I choose to place on top of sour cream or margarine because they sometimes tend to repel certain ingredients. Or I have to think about the order I layer my toppings, because some change color depending on the temperature. And when you start to think about all these things, it ends up consuming a lot of time.”

It is also important for her to picture how it will look after the bread has been toasted, as one of her aims is to have the before and after to be visually different.

“For instance, cheese will melt, so I use it for places where I want the shape to get distorted when the bread is out of the toaster. Margarine will become transparent, but sour cream won’t,” she went on. “Colors change, melting, and disappearing — they all have different effects. And most of the time they do not turn out the way I imagined, but that is what makes it all the more fun.” 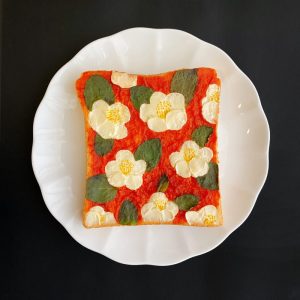 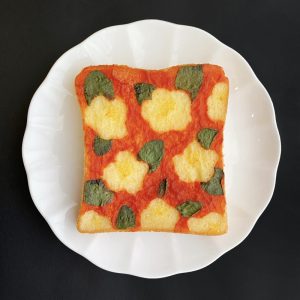 All her designs are created by using three simple tools: a beading needle, toothpicks, and a butter knife.

“I like to work with details, so if I wanted I could probably do so much with them. But I am also worried that if I do too much — for instance, using artificial coloring — then it will start to look unhygienic. And I still want my work to look appetizing, because, at the end of the day, I am working with food.”

Surprisingly, Manami says she was never really a fan of cooking.

“When I would go into the office, I would just buy my meals from the convenience store and hardly go to the supermarket for groceries,” she confessed. “But now I get so excited when I am at the grocery store, because I think about which ingredients to buy to decorate my bread. I’m having a lot of fun stocking up for my upcoming works.”

The list of toppings she is dying to try keeps growing.

“I still haven’t used nattō (fermented soybeans) and bacon,” she responded after pausing to think for a few seconds. “When you cook bacon, it shrinks, so I want to use it where it will be best suited.”

Her excitement went up another notch when I asked which was the tastiest bread art she’d made so far.

“I would say most of them tasted pretty good, but my favorite topping is squid ink. When I found out that squid ink tastes good with bread, it almost made me just stick to squid ink for the rest of my works,” she said, laughing. “I sometimes crave the sweet kinds too, so sometimes I also try to use fruit.” 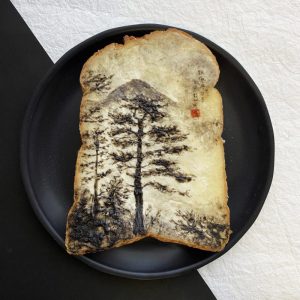 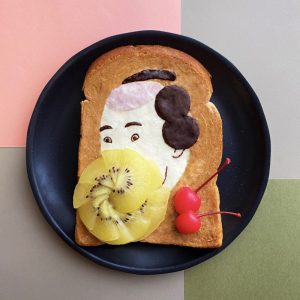 Manami wasn’t ashamed to share which one tasted the worst.

“There was also one that tasted bad. Can you see this?” she said, showing me the image of her work of Italian artist Franco Grignani’s design on her phone screen through her webcam. 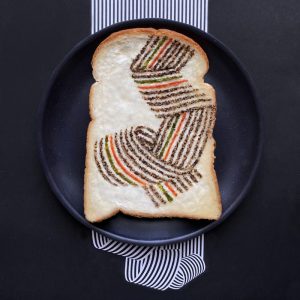 “I chose black pepper, thinking that I wouldn’t have to use a lot of it based on the size of the design. But I ended up eating it with cheese because it was too spicy,” she said with a sigh, sounding disappointed. She emphasized that all her works were based on the premise that they would have to taste good. 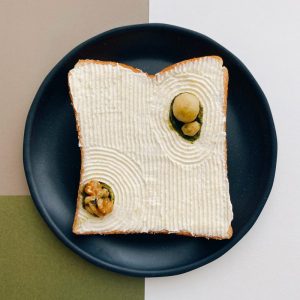 “And for kintsugi, I tore the bread apart and stuck it back together with gold leaf — exactly how it is done in the traditional way.” 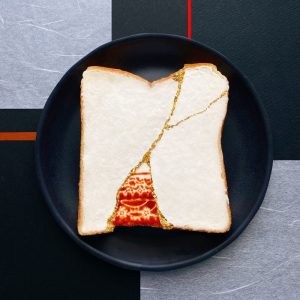 But all in all, Manami says, the best part of it is when she gets to finally eat them.

“I get asked a lot if I actually eat them afterwards, and if I ever feel guilty about it. But I never really had that perspective until people started asking me that question on social media,” she said, smiling. “After I toast it, it smells so good that I try to take the photo as quickly as possible, and then usually finish them in 5 bites. I feel fully satisfied once I’ve eaten it all.”

She added: “I am not sure if it is just me or I am speaking on behalf of all artists, but I lose interest once I’m done making them. While I am decorating, I direct all my attention to details. But once I am done with them, I don’t feel any kind of attachment. In fact, I immediately start thinking about what to do next.”

Finally, she said: “Creating things has helped me cope with this ‘stay home’ period. Some of us may be having a hard time finding fun things to do while being stuck at home, but I hope my work will inspire others to find their own creative ways to manage through this challenging time.” 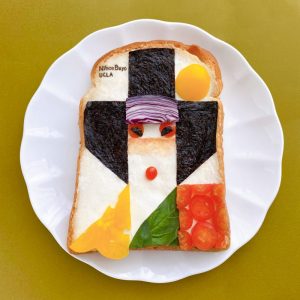 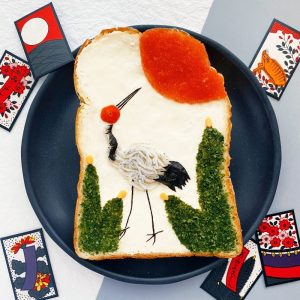