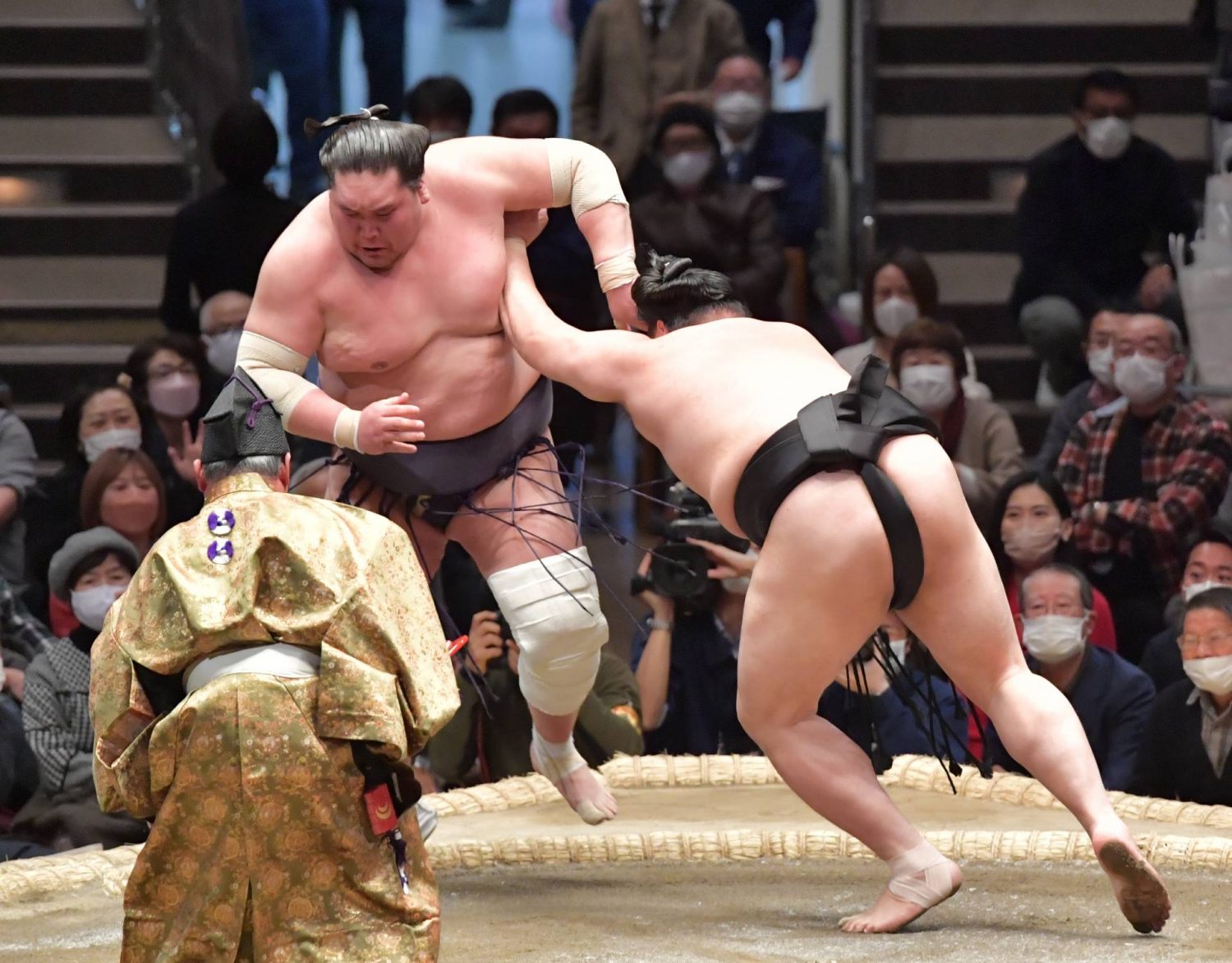 Abi shoves Terunofuji out of the raised ring at the New Year Grand Sumo Tournament on January 22 at Ryogoku Kokugikan.

Terunofuji’s road to a third straight Emperor’s Cup just got a little tougher.

Rank-and-filer Abi upset grand champion Terunofuji on Saturday, January 22 to give sekiwake Mitakeumi sole possession of the lead with one day remaining in the New Year Grand Sumo Tournament.

In the day’s final bout at Ryogoku Kokugikan, No. 6 maegashira Abi knocked Terunofuji off balance with several powerful thrusts to the neck.

Once Terunofuji lost his footing, Abi pounced, shoving the stunned yokozuna out over the edge to give both wrestlers a record of 11-3.

“All I remember is hitting him at the initial charge,” Abi said. “I just approached it as a challenger and went on the attack from the outset. I’m as surprised as anyone.”

Terunofuji and Mitakeumi are set to meet on Sunday.