Targeted Elections: What the U.S. Election Teaches Us about Disinformation Campaigns 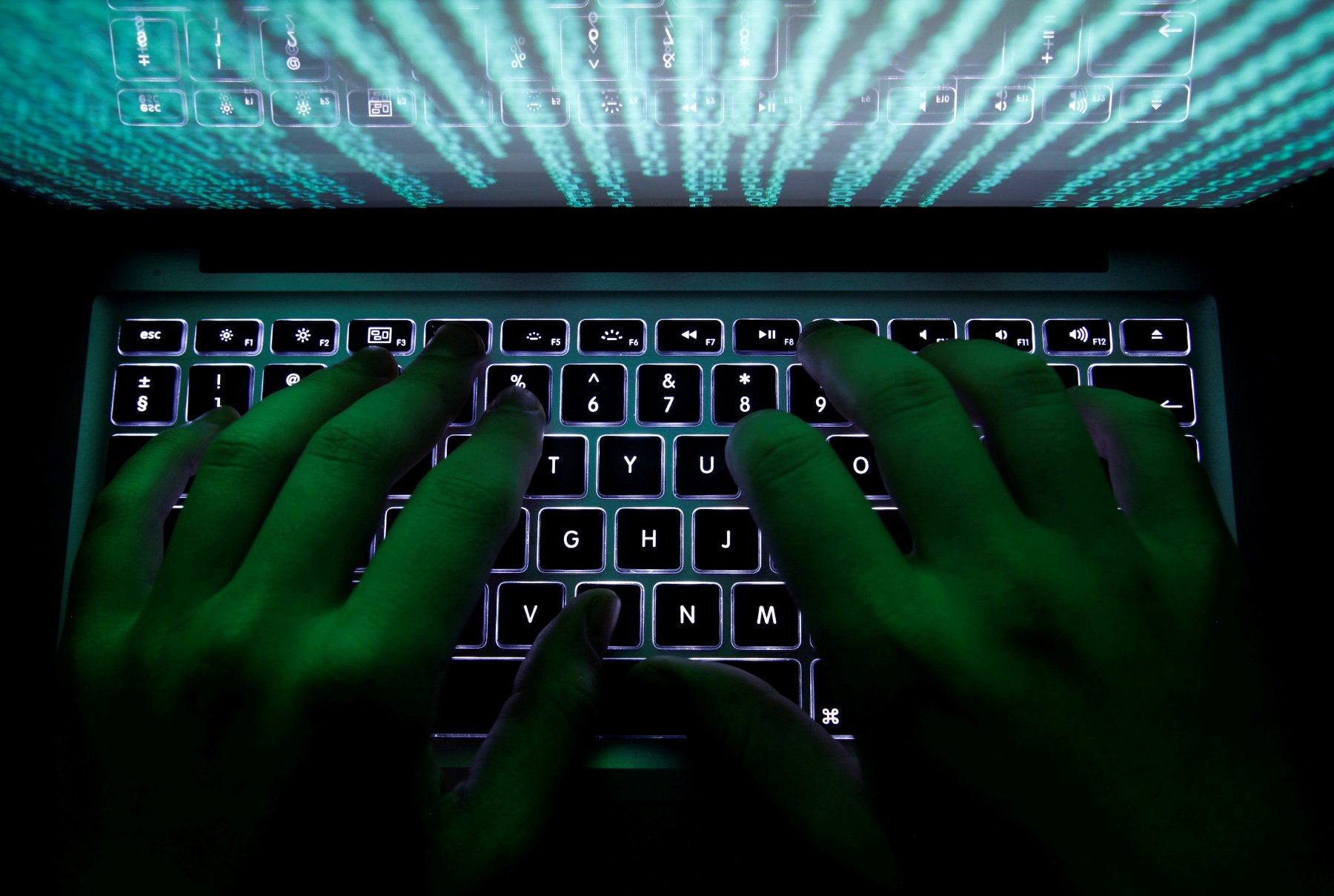 A November 8, 2016, a chill went through the democratic world. A combination of disinformation, propaganda, and targeted leaks narrowly elevated Donald Trump to president of the United States. But it immediately became clear that the forces assisting him in his victory were not only powerful, but also intent on taking down the Western liberal order.

Reports have emerged since the election of similar disinformation campaigns targeting Western European elections, especially Germany and France; there is evidence similar campaigning may have influenced the surprise result in the Brexit campaign earlier in 2016. Looking back beyond 2016, disinformation campaigns and political interference can be seen creeping across Europe, creating an environment of political extremism, going back to the midst of the 2008 global financial crisis. To understand how this sort of campaign can take root, we must first understand how political trends in these countries left them vulnerable.

The financial crisis and the policies put in place to address it had the result of amplifying a trend of political polarization. In Europe, the far left became energized opposing austerity policies, globalization, and capitalism. In the meantime, the United States was seeing its far left veer extreme as well, although this largely flew under the radar or was glossed over with the election of President Obama. The American far left rallied around opposition to globalization, military interference abroad following the Bush Era’s misadventures in Iraq, as well as protests of the U.S. financial system (such as the Occupy movement) for its role in causing the economic crisis. In both the U.S. and Europe, the far right leaned into austerity policies and xenophobia.

During the same time, Russia’s Vladimir Putin began discussing a policy of building a “Eurasian Union”. In this article, he is careful to clarify that a Eurasian Union should not be viewed as a revival of the Soviet Union, but rather “a powerful supranational association capable of becoming one of the poles in the modern world.” Specifically, it would be meant to compete with the United States and the European Union, and a return to Russia’s imperialist heyday.

Far right political parties in Europe found ideological common cause with Putin’s traditionalist authoritarian model, and as early as mid-2008, anti-communist and ultra-nationalist politicians and parties began looking to Russia for political support. For some, this meant direct funding, such as the case of France’s National Front, which in 2016 requested a 27-million euro loan from Russia. (It was previously granted an 11-million euro loan from the Moscow-based First Czech-Russian Bank in 2014.) In other cases, Russia would provide political networks, set up youth groups, or bring support with friendly media outlets—such as Russia Today (or RT), the state-subsidized media outlet that has counted both Nigel Farage of UKIP and Lt. Gen. Michael Flynn, National Security Advisor to President Trump, among its paid contributors.

Throughout the Cold War, the Kremlin would subsidize leftist fringe parties in Western Europe; its funding of the far right fringe now is merely a new approach to an old strategy. But these old connections, “the remnants of historic ‘comrade’ networks between communist parties and the Soviet Union,” as well as the notion that “the enemy of my enemy is my friend,” has meant far left political parties are just as likely to view Russia favorably as far right ones. In this case, “the enemy” is a number of issues that Russian disinformation campaigns have convinced leftists Russia is their ally on: limiting “big capital,” stopping Western aggression—particularly from the United States—in Ukraine and Syria, and putting limits on globalization and “the establishment.”

This trend from the far left has been embodied by no one better than Jill Stein, perennial presidential hopeful for the U.S. Green Party. She, along with Gen. Flynn, was paid to attend an RT gala, where she was seated next to Flynn and Vladimir Putin himself. Following the meeting, she spoke on an RT panel to criticize the United States’s “disastrous militarism;” afterward, she described Putin as a political novice who agreed with her “on many issues,” including U.S. militarism in Syria. During her 2016 campaign, she defended Russia’s annexation of Crimea (asserting “Russia used to own Ukraine”), and when asked if the downing of Flight MH17 was a false flag, responded, “[T]hat’s exactly what has happened.”

Russia’s influence on the far right in the United States is perhaps far more frightening. Rather than relying on “useful idiots” such as Stein, Russia has actively cultivated the rising “alt-right” movement and brought new lift to a white supremacist movement enraged by a black man and his family occupying the White House.

Putin’s stoking of hyper-nationalistic movements in the West has found fertile ground in the United States, bringing together far-right social conservative movements (especially under the umbrella of anti-gay and anti-abortion movements, as well as numerous evangelical leaders who have grown increasingly tied to and praiseworthy of Putin), secessionist movements, and white supremacist movements. The groundwork that became the path to the White House for Donald Trump was initially laid by this strategy.

First, Russia invested in networks of political influence, including the creation of think tanks to legitimize this imperialist nationalism. Among these think tanks is the Moscow-based Centre for Strategic Communications, which released a paper in 2014 titled, “Putin: the new leader of international conservatism.” Another such think tank is Katehon, which counts Aleksandr Dugin among its supervisory board members, and which has been instrumental in building an international coalition of white nationalism. Among Katehon’s key relationships is American white supremacist Richard Spencer, who coined the term “alt-right” and has stated he views Russia as the “sole white power in the world.” As The Diplomat has detailed, Spencer is not the only American white supremacist leader with ties to Dugin.

Second, Russia invested in expanding its state-run media outlets to American audiences. RT, playing on its image among the far left that it was an outlet to speak truth to American establishment power, went on a hiring and advertising spree in Washington, DC around 2012 to 2014. Several of the American journalists who worked at RT during the crisis in Ukraine found themselves blindsided by the state propaganda that whitewashed Russia’s intentions. But much of the far left (such as Jill Stein) bought into the propaganda that U.S. meddling was behind the Euromaidan, and the disinformation campaign successfully convinced the West to hold back on punishing Russia for its aggression in Ukraine.

Breitbart, an alt-right blog led by Steve Bannon, followed in this tradition of spreading hateful propaganda. This ideology goes back to Bannon himself, who in a 2014 speech praised Putin for reviving traditionalism, taking a stand for nationalist Judeo-Christian models of government, and leading a global revolt against the West’s secular and liberal models. Bannon sees Breitbart as the mouthpiece of the alt-right, and we should understand its role as an amplifier for this political ideology. Since the 2016 election, Breitbart has expanded its operation to the very countries that Russian propaganda is currently targeting elections in: Germany and France.

From this, a disinformation campaign is born. State-run propaganda outlets, like Sputnik or even sketchier sites like “usapoliticszone.com” post a clearly false story that is intended to be highly emotional and shareable. Then a network of fake accounts (often called sockpuppets) fire up to share this article across the internet. By searching the title of the article on Twitter, it’s often possible to find these sockpuppets, because they all tweet the same verbiage. On Facebook, tracking down these accounts is a bit more difficult, because they target closed groups where those most likely to believe the stories opt in to these echo chambers. From there, others begin to catch on, sharing the article organically through a community of believers.

The final step in this campaign is targeted hacking and publication of private information and conversations. A key part of the 2016 election was the hacking of Hillary Clinton’s campaign chairman, John Podesta’s personal email through a targeted phishing campaign traced back to Russian cyberespionage actor, Fancy Bear. These emails were then shared with Wikileaks, which has specialized in data dumps of information—without context, curation, or ethical considerations—in the name of “transparency.”

According to Zeynep Tufekci, “Whistle-blowing… is a time-honored means for exposing the secret machinations of the powerful. But the release of huge amounts of hacked data, with no apparent oversight or curation, does the opposite. Such leaks threaten our ability to dissent by destroying privacy and unleashing a glut of questionable information that functions, somewhat unexpectedly, as its own form of censorship, rather than as a way to illuminate the maneuverings of the powerful.”

In the case of the Podesta emails, Wikileaks gleefully shared details that should have remained personal (such as a conversation discussing a Clinton Foundation employee who had attempted suicide), as well as the mundane framed as conspiracy (such as the conversation about getting pizza that led to the Pizzagate conspiracy). But more importantly, such data dumps destroy the possibility of dissent. As Tufekci writes, “Dissent requires the right to privacy: to be let alone in our vulnerabilities and the ability to form our thoughts and share them when we choose.” Releasing the private conversations of political opponents destroys the possibility for trust in institutions, not to mention political dialogue, dissent, and compromise, and such targeted data dumps should be the strongest signal that an election is a target for disinformation

Though Japan has so far not seen a surge in extremist activity beyond normal, more governments are being targeted by Russia and Breitbart, and there is no guarantee that Japan will always be safe from an insurrection of disinformation. During the Cold War, Western governments had agencies set up to counter the spread of disinformation and propaganda. However, with trust in institutions, including media and government, at all time lows, it is unclear if such a solution would work today. Combatting this will require the Japanese public to be willing to become educated in media literacy, to push back against a wave of hyper-nationalism, and to stay vigilant of those who spread hate.