The Case for Deploying U.S. Land- Based Missiles in Asia 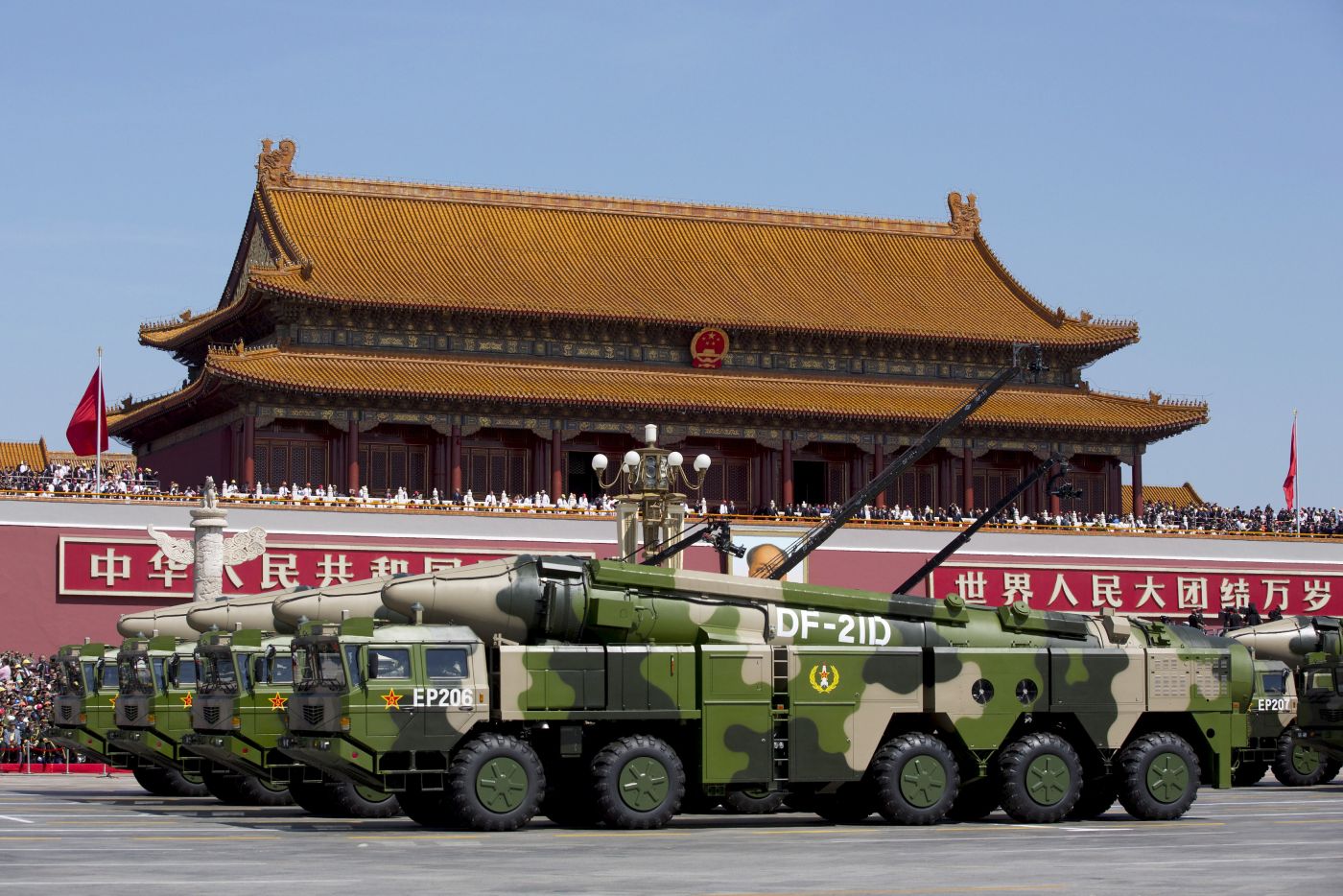 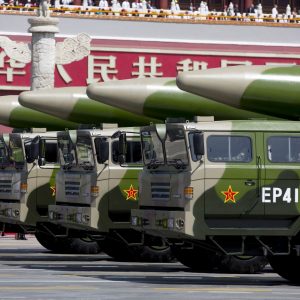 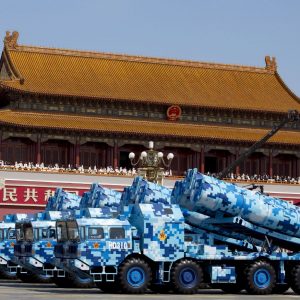 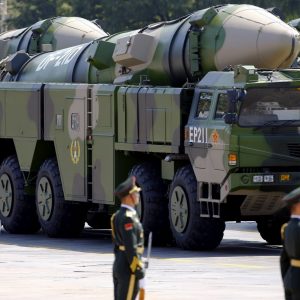 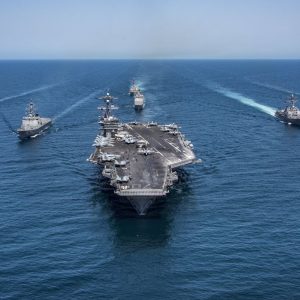 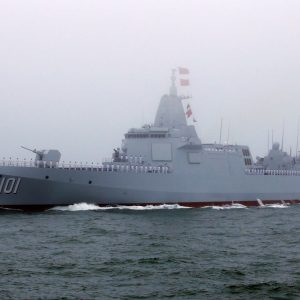 Washington needs its own land-based intermediate-range missiles to deter Beijing.

Within three months, the United States will likely withdraw from the 1987 Intermediate-Range Nuclear Forces (INF) Treaty, finishing off the moribund pact. The Cold War-era agreement committed the United States and Russia, a successor state to the Soviet Union, to ban land-based missiles with ranges of 500 to 5,500 kilometers. The demise of the INF Treaty couldn’t come soon enough.

When the superpower rivals signed the treaty, it was hailed as a resounding success in arms control. Yet, circumstances have changed so radically since the treaty was inked that American compliance with the INF is no longer tenable.

To be sure, Russian cheating, including illicit tests of banned missiles since at least 2008, contributed most directly to the treaty’s collapse. But China’s missile arsenal and its threat to U.S. interests in Asia proved to be an equally, if not more, important factor in Washington’s decision to withdraw.

Unconstrained by the INF, China started to build up its conventional missile force in the 1980s. Today, the Chinese military boasts “the world’s largest and most comprehensive missile force,” according to the Defense Intelligence Agency. Were China party to the INF, more than ninety percent of its missiles would violate the treaty. Moreover, those land-based missiles have ranges tailored to strike U.S. forces and bases in Asia. Beijing’s missiles were custom-made for a good reason: to push Washington out of Asia and out of China’s way to regional dominance.

Highly accurate Chinese missiles can render American air bases and naval ports located across Asia unusable in wartime. China has engineered   ballistic missiles, dubbed “carrier killers,” that can attack moving vessels at sea. Beijing also unveiled a long-range missile that can strike targets on Guam, a U.S. territory and base. To date, the United States has nothing comparable in its arsenal.

Consider what Beijing could do to U.S. forces based in Japan should a war break out between the two superpowers.

If Chinese missiles were to cripple American air and naval bases in Japan, U.S. aircraft and ships would have to fall back to Guam or farther east to Hawaii to rearm and refuel, significantly reducing their availability to fight on the frontlines. Furthermore, if China managed to pull off a surprise attack, aircraft caught on the ground and warships pier side would be exposed to devastating firepower. Billions of dollars’ worth of equipment—not to mention many lives of American servicemen and women—could be lost in a single afternoon.

And, if the United States were to pull its forces from Japan to keep them out of harm’s way in an escalating crisis with China, such a decision to do so, however prudent, could lead Japanese leaders to question the U.S. commitment to defend a vital ally in the region. The result could be irreparable damage to the alliance, precisely the outcome Beijing hopes   would drive the United States out of Asia.

If such threats undermined U.S. resolve or allied confidence in the United States, then Beijing would be well on its way to dominating the region.

Now that the United States has moved to end its one-sided restraint, new opportunities beckon. Should Washington choose to field a conventional land-based missile force in Asia, it could restore longstanding American military advantages and strengthen deterrence, the cornerstone of U.S. global strategy.

In a post-INF world, the deployment of U.S. non-nuclear ground-launched missiles on Asian allied territories would accrue many benefits. Compared to many air and naval forces, mobile missile launchers are more survivable. Rather than retreat from the threat, missile batteries would stay put to reassure allies. They could withstand enemy bombardments and stay in the fight.

If based on allied territories, U.S. missiles could hold at risk Chinese missile launchers and other targets. Their proximity to the mainland and their high speeds would give China’s forces little time to escape danger. By taking down Chinese air and missile defenses, U.S. missile salvos would reduce the threat to U.S. air forces, opening the way for a follow-on air campaign that would unleash the full force of American airpower. This would be a joint fight.

On the receiving end of U.S. missiles, Beijing would have to consider countermeasures, including costly missile defenses. Additionally, Chinese aircraft and ships in range of U.S. firepower would have to disperse or relocate in a crisis or a conflict, throwing sand in the gears of Beijing’s war plans.

There is a diplomatic angle as well. The introduction of U.S. land-based missiles could prod China to see value in arms control regimes while   furnishing Washington negotiating leverage to draw Beijing into a multilateral version of the INF Treaty. Although China appears unwilling to submit itself to treaty limits, its position could change if it faced a credible threat from U.S. missiles.

One key question, however, remains: would allies agree to host U.S. missiles? After all, a missile war would take place on their soil. Regional partners might also fear an arms race in their neighborhood. Such unwelcome prospects might lead them to decline an American offer to deploy missiles on their territories.

Yet, it is plausible that Asian allies might find the benefits outweigh the costs. The presence of American missile batteries would be reassuring at a moment when U.S. air and sea power are increasingly hard-pressed to inspire confidence.

Forward-stationed American missile units—akin to “boots on the ground”— and their staying power would represent the most visible and potent symbol   of U.S. steadfastness while incurring tangible costs on China. They would steady nerves and stiffen resistance while testing Beijing’s mettle. They may be the difference that averts defeat or precludes war.

Land-based missiles in Asia could open operational vistas unavailable for three decades to the United States. In the coming months, policymakers could reclaim strategic options that promise to restore U.S. power and prestige in the post-INF era. They should seize this historic opportunity.

(This article was first published in The National Interest Online on May 13, 2019.)

Toshi Yoshihara is a senior fellow at the Center for Strategic and Budgetary Assessments. Jacob Cohn is a research fellow at CBSA. They are co- authors of a forthcoming CSBA study, Leveling the Playing Field: Reintroducing U.S. Theater-Range Missiles in a Post-INF World.