The Economic Contagion of the Coronavirus 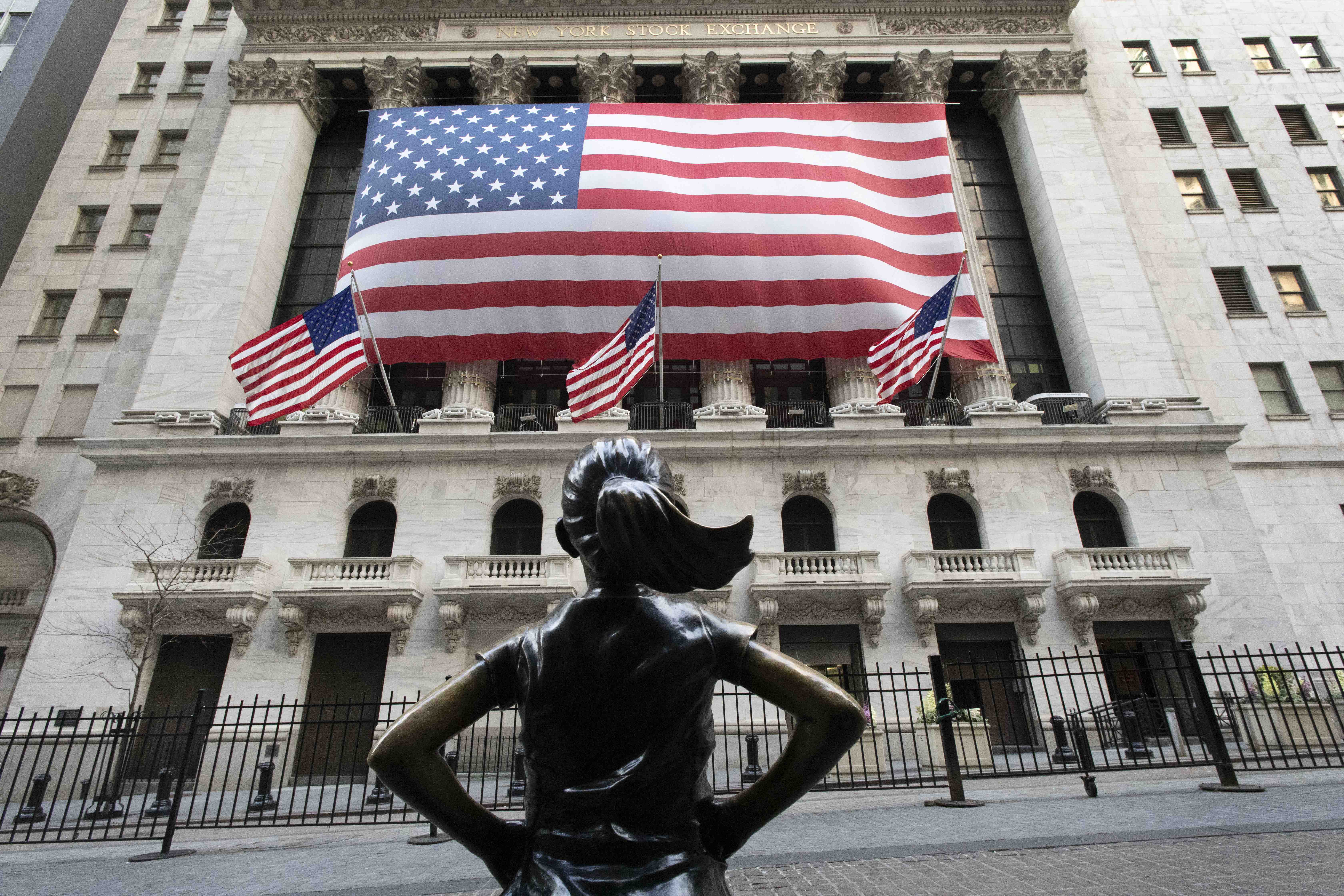 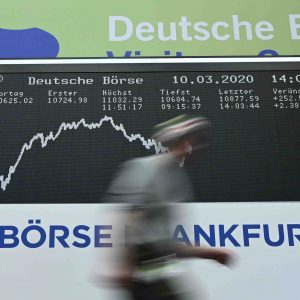 A man walks through the trading room of the Frankfurt Stock Exchange under the screen displaying the Dax 30 values and the Dax curve in Frankfurt, Tuesday, March 10, 2020. (Arne Dedert/dpa via AP) 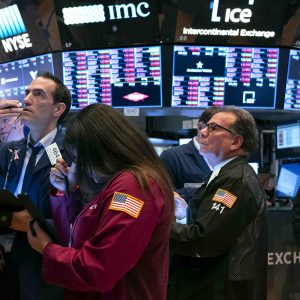 Traders work on the floor of the New York Stock Exchange Monday, March 16, 2020. Stocks lost 8% in morning trading on Wall Street Monday as huge swaths of the economy come closer to shutting down due to the coronavirus outbreak. (AP Photo/Craig Ruttle) 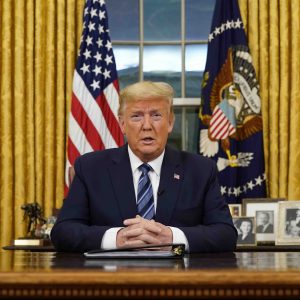 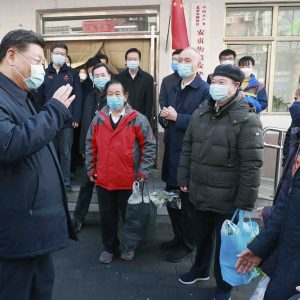 For the first time since the health crisis began, recent days have seen more recoveries than new cases, something worth bearing in mind when weighing up the impact of the threat.

The president of a large United States bank recently said, “We have nothing to fear in the face of a recession, except the fear of a recession.”

The meaning of his words is simple: as “animal spirits,” we human beings react to euphoria and fear. The latter makes us defer consumption and investment decisions. Since both represent four-fifths of the economy, fear-induced growth can lead to recession.

When analyzing the situation created by SARS-CoV-2 (commonly known as coronavirus), it is important not to lose sight of this. We need to look at how a viral tragedy is transmitted to an economy, understand its spread to other countries, and then consider the more permanent effects, as we have done in-depth in a report published this week at Arcano Economic Research.

The first step is the impact that a quarantine or fear of contagion might have on Chinese consumption. The only mitigating factor here is that, in China, e-commerce accounts for a third of retail sales (compared to 5% in Spain or 15% in the United States). In any case, we already have data showing that car sales in China in February fell by 90%, from which we can infer that retail sales will also fall, which will be less severe but still important. As consumption represents more than 40% of Chinese GDP and more than half of the country’s economic growth, this situation is harmful. The key is to understand how long the situation will last (SARS impacted during two consecutive quarters, then an acute recovery was observed).

The second step is the impact on investment of lower consumption and fear. In most economies, investment represents 20% of GDP. In the case of China, that figure is double. Companies are inclined to cut investment in this context of uncertainty, which not only drains GDP, but also can have repercussions on the employment market, exacerbating the impact on consumption described above.

The third step is the impact of stock market crashes, generating even more fear and less wealth, which also has repercussions through reduced consumption and investment. As the sum of both factors represents more than 80% of Chinese GDP, the signs are that the economy experienced a major contraction in inter-quarterly growth, which mathematically will translate into inter-annual growth, which closed at 6.1% in 2019, and this year will be lower.

Several analysts have issued forecasts that the quarter-on-quarter drop will take the year-on-year figure to 4.5%, but I tend to think it will be higher. This has important implications, since China accounts for 15% of global GDP (compared to 5% as a result of the SARS crisis in 2003) and a third of its growth. Therefore, the effects described in the three points above could drain 0.6% from world growth in the first three months and bring it closer to the 2.5% barrier, which the International Monetary Fund arguably considers “recessive.”

The fourth step is the translation of lower Chinese domestic demand into lower imports (these represent a third of all world imports). Countries with greater exposure to China via exports will suffer from a slowdown in Chinese growth. In general, the closer the physical proximity, the more trade is involved. Therefore, countries such as Taiwan, South Korea, or Japan (the latter could enter a technical recession) will be hardest hit.

In addition, since China represents more than half of the most relevant premium growth, producer countries will be negatively affected in the form of reduced volumes and the prices of their exports. Among others, I would highlight Australia, Russia, Indonesia, the Middle East, the Andean basin of Latin America, and Sub-Saharan Africa.

The fifth step is the impact that the spread of the virus may have in the form of reduced consumption and investment in affected countries. For example, South Korea has seen a 60% drop in movie attendance. Furthermore, if fear is transferred to international tourism, countries that are very dependent on it could experience lower growth.

On the one hand, the countries most exposed to Chinese tourism (above all in Southeast Asia) are suffering, since the Chinese spend $280 billion dollars a year on travel (paradoxically, if they don’t travel abroad, this will have a positive impact on Chinese GDP). On the other hand, if there are more cases of infection in tourism-dependent economies like Italy or Spain, there is a clear risk, since tourism (domestic and foreign) represents more than 10% of these economies.

In our opinion, the medium-term problems will come from three areas:

First, if SARS-CoV-2 were to cause a change in the cycle of the Chinese real estate sector, this could affect its banking system and, therefore, its economy as a whole (banking assets weigh twice more than Chinese GDP). At the moment, we know that the sale of houses is down by 90%.

Secondly, if tension in the supply chain accelerates insourcing, the multinationals will stop their feverish activity in China to take it to more competitive countries (like Vietnam), with lower tariff risk (Mexico), or directly to the country of the parent company (like the United States), taking advantage of production in the form of three-dimensional printing.

Third, the fall in raw material prices resulting from lower Chinese demand (especially due to lower construction activity) may cause medium-term problems in emerging countries that have abused their debt in recent years.

At Arcano Economic Research, we think that we have to objectify the risks described here. Medically, the situation is improving as the number of new infected cases falls and the recovery rate improves. As of March 11, we can confirm that, for the first time since the crisis began, the last few days have seen more recoveries than new infections, something very important to bear in mind when assessing the threat. Previous episodes have shown the recovery in the form of a “V” of demand once the situation is under control (excepting the three most structural points indicated in the previous paragraph).

In addition, we will have to wait to see whether China, the United States, and the European Union respond with greater fiscal and monetary stimuli. However, it is true that these stimuli won’t have much impact if demand for credit is weak, as is the case at the moment. Therefore, the valuation of a company depends on infinite cash flows discounted to present value. The impact of one or two quarters is what it is. Finally, in the event that preventive measures do not work properly, several multinationals have announced that they will have vaccines ready within two quarters.

There is an Arab saying that “experience is the comb that life gives you after you’ve gone bald.” Hopefully, past experiences, the reaction of our researchers, and our understanding of economic contagion will allow us to disprove this.

(This article was originally published in Expansión newspaper in Spanish.)