The Joy of Watching Baseball in Japan 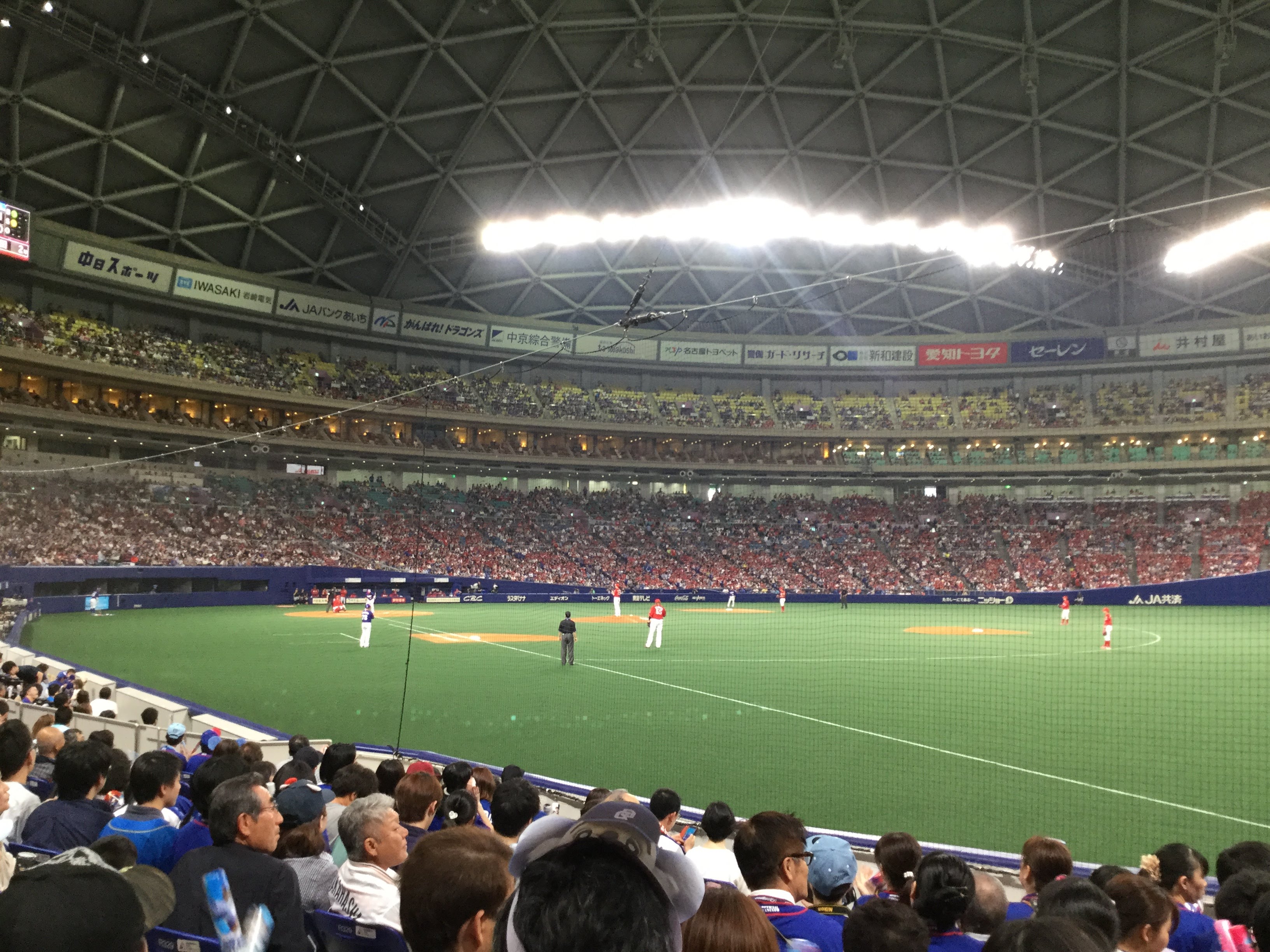 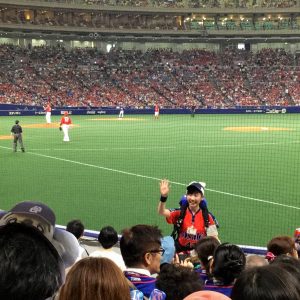 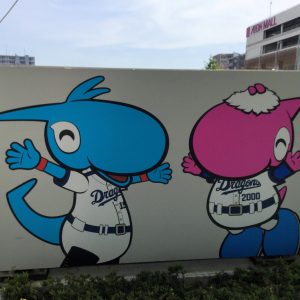 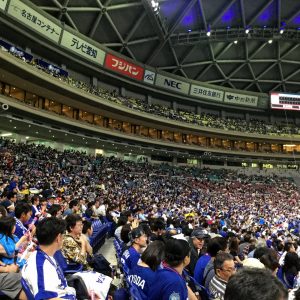 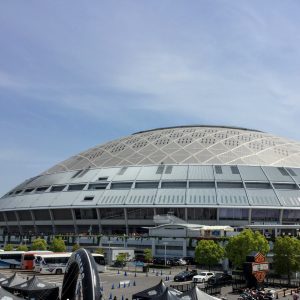 No. 44, Steven Moya, swaggered up to the plate. At nearly 6’5”, he towered over his teammates. He eyed the pitcher, and brought the bat up into position.

His pristine white uniform was marred by a brown smear of dirt on one thigh from an earlier slide to second. Was he going to hit it home this time? Or would he strike out on another crazy fly ball? It was anybody’s guess. The giant Puerto Rican right fielder was nothing if not fun to watch.

Excitement was building up in the stands, and the Dragons fans began singing the chant on the TV screen above the outfield. Most of it was in Japanese, but I joined in for:

I am not a sports person. I have been known to be bored during the World Series. So what was I doing here, at a baseball game in Japan, singing chants?

Baseball is a big deal here, so when my friend suggested we go to a game, I agreed. I figured it would be an interesting cultural experience and that we’d watch a little baseball, but mostly eat, like I had done as a child at baseball games in California.

Baseball was first introduced as a school sport in Japan in 1872 by an American teacher in Tokyo. It was established as a professional sport in the 1920s. Now, it is among the most popular sports in the country. The technical rules are similar to MLB rules, with small differences, the most noticeable being that Japanese baseball is played on a smaller field with a smaller ball.

I’m not too familiar with the rules of the game, so what I was looking forward to was the difference in atmosphere. How does a game in Japan feel different from a game in California?

The first Sunday in April found us at Nagoya Dome, where Nagoya’s home team, the Chunichi Dragons, were playing the Hiroshima Carp. Stepping out of the subway, we joined a long stream of fans — some dressed in blue for the Dragons and others in red for the Carp. All were decked out in jerseys and caps, with coordinated sweat towels and lanyards around their necks.

Past security, there was a plastic cup station. Patrons could freely bring their own beer, but no glass or cans were allowed inside the stadium, so it must be poured into a provided plastic cup. I couldn’t imagine this happening in the U.S. It would be a recipe for disaster, an invitation for underage drinking and wasted meatheads picking fights.

While the Japanese certainly love their beer, drunken brawls are rare, and there is a high respect for sportsmanship. I can’t imagine Japanese fans rioting because their team lost or won, as is often the case in America.

Upon entering the stadium, my jaw dropped. Surrounding us was a sea of bright lights and vibrant colors: the crisp green and warm brown of the field and baseball diamond, and fans in blue and red. We took our seats on the blue side and settled in for the game.

American baseball games are generally quiet affairs. The crowd watches players step up to bat, hears the “thwack” of the ball, and then makes some noise in reaction.

By contrast, Japanese games have a constant background of sound. There are cheering sections with drums and horns to stir excitement, and every player has a different chant that the fans sing along to, beating small plastic bats in unison. When a good or disappointing play happens, the hum grows to a roar of triumph or a moan of despair.

In the West, while fans do get passionate about their teams, there is still a sense of detachment, of individual identity. But, in Japan, spectators don’t simply watch their team: they become a part of it. As fans, they have a job to do, which is to cheer and sing and support. I found this infectious, and couldn’t help joining in.

The Chunichi Dragons’ main mascot is a blue koala named Doala. Doala’s shining moment comes during the 7th inning performance when he does a series of cartwheels, culminating in a back flip.

We watched as the Dragons’ cheerleaders formed two lines, waving their blue and gold pom-poms. Suddenly, everyone around us stood up, phones and cameras in hand, desperate to capture their beloved giant blue koala do his thing. He got himself ready with a series of comically exaggerated stretches, then launched into the cartwheels before finally springing off the grass into the backflip. He missed, landing on an oversized furry blue ear instead of his feet. The crowd groaned in disappointment and put away their phones and cameras. Doala crouched on the ground in shame, as the cheerleaders walked away dismissively.

All of this was so different from the Dodgers baseball games I had grown up with — days spent in the sun in hot plastic seats, being bored of the quiet seriousness of the sport, and eating too much ice cream. I had expected this experience to be similar, swapping the ice cream for beer.

What I hadn’t expected was that I would actually watch the game, bolstered by the passion and enthusiasm of the crowd. When the Dragons won, we were among the hordes of fans who jumped to their feet and cheered. Transfixed, we stayed through the ending celebration, the cheerleaders shaking their pom-poms to “Dancing Queen” under rainbow lights.

Finally, it was time to make our way to the station.

Watching a baseball game in Japan had indeed been an interesting cultural experience — one that I had fully immersed myself in. It feels good to be a part of something bigger than yourself, even if that’s just becoming a spirited baseball fan for the day.

Now, if someone asks who my favorite baseball team is, I have an answer: the Chunichi Dragons.