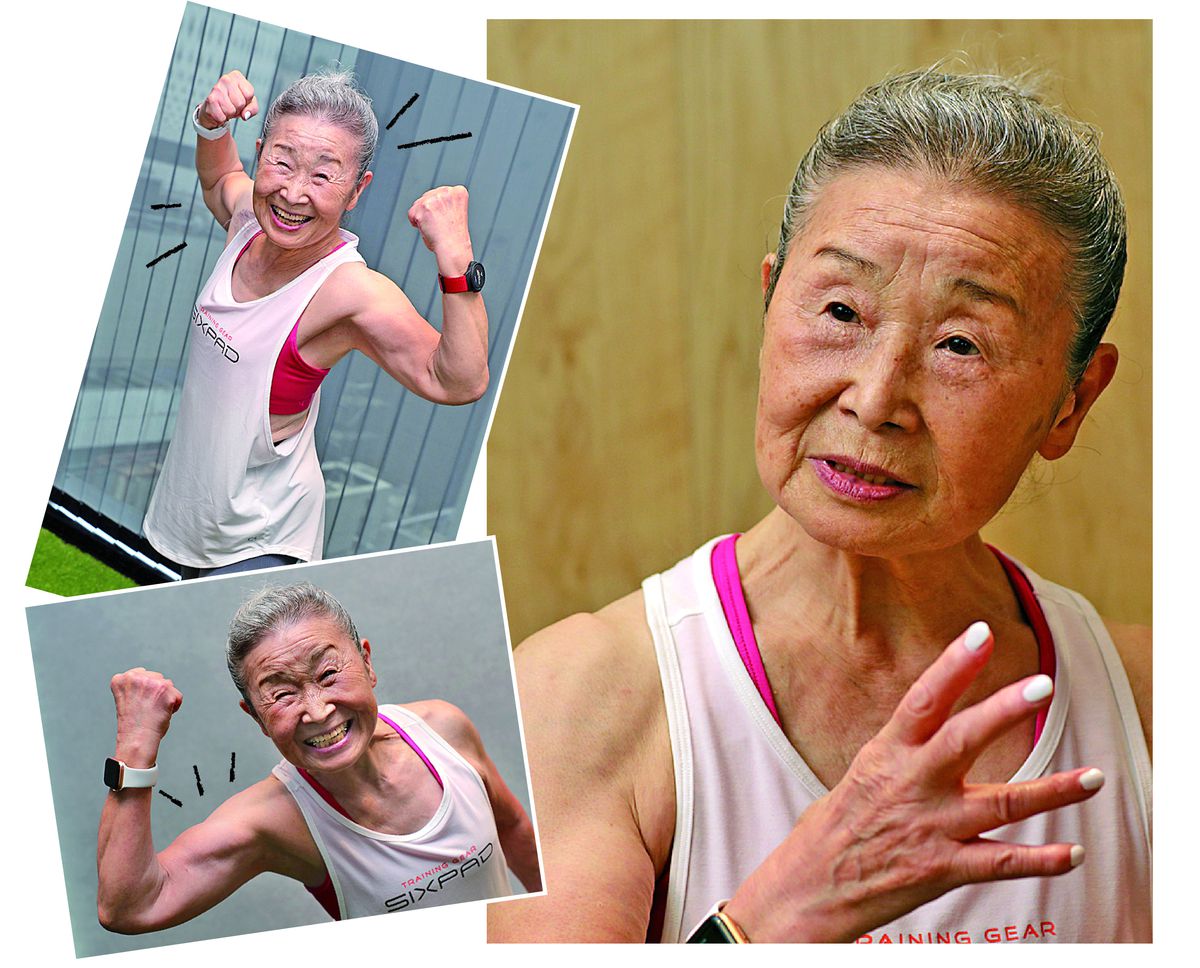 Images of incredibly fit athletes at the Tokyo Olympics have put the focus on physical fitness. On the other hand, the lack of physical exercise ー aggravated by the COVID-19 pandemic ー seems to be a universal problem for the rest of us.  The effect of this double whammy not only increases the variety of health risks we face, but also reduces our quality of life.

“How about moving around a bit yourself while watching the passionate battles of the athletes in the Olympic and Paralympic Games,” says Japan’s oldest fitness instructor, Mika Takishima, known as “Takimika,” says as she sends out her own “yell of encouragement”.

Moderate exercise is essential to living a long, healthy life. Elderly people seem to be more conscious of this and more enthusiastic about it than the younger generation.

According to a National Health and Nutrition Survey released by the Ministry of Health, Labor and Welfare in 2019, about 24 percent of men and 17 percent of women between the ages of  20 to 64 years do regular exercise of 30 minutes or more at least twice a week over a year’s period. On the other hand,  among the 65 and over group, the number increases to about 42 percent for men, and about 34 percent for women.

Even so, this is far from the country’s target of 58 percent for men and 48 percent for women under the “Healthy Japan 21” program to improve the nation’s health. In recent years, there has been a polarization between people who exercise daily and those who don’t exercise at all.  Also noteworthy is the fact that older women do not seem to have a habit of doing exercises regularly.

“It’s because of your age,” said Takimika, the fitness instructor, firmly pushing the back of a hesitant person. The instructor is Mika Takishima who, born in 1931, celebrated her 90th birthday this year.

Takishima, who was a full-time housewife, started exercising when she was 65, the year when one normally starts living on a pension. What triggered her was a comment from her family members that she was fat. “Lying around watching TV and eating senbei (rice crackers) I was 15 kg overweight. I couldn’t clean the bath properly because my bulging stomach got in the way, but I didn’t take much notice.”

Determined to do something, she started going to the gym, sweating out with weights and aerobics, and worked steadily over five years to get back to her original weight. Even after she reached her target, however, she did not stop going to the gym.

“It’s strange but I threw myself into it. I think that there was a part of me that liked doing exercise”.


Looks She’s in her 20s from the Back

She persisted, without being pushed by anyone else and kept training steadily. She did  yoga poses to improve her balance and strengthen her core, and included a kilometer of walking backwards in her morning routine to prevent bad posture. “I enjoy transforming my body,” she found.

One’s posture normally gives away one’s age, but seeing her seated, one cannot but admire her.  Her back is straight, both knees and her ankles are firm. “This is the result of my  training. I could be a woman in my twenties when you see me from the back, right?” she said laughing in a carefree manner.

One can also achieve other results from exercises: “Once  I missed my footing on three levels of the steps at the station, but I managed to stop myself from falling with my toes. It’s not only muscular strength you need, but also flexibility.”

Based on her experience, she recommends that beginners start with ankle exercises to help prevent tripping. “You can do it while watching TV. Initially, just do it once or twice. If you continue, your ankle will become more flexible.”

Age doesn’t matter for the benefits of exercise. The muscles ofTakishima’s entire body are proof of this. “You can start from any age. Start little by little, and it’s most important to continue and not give up.”