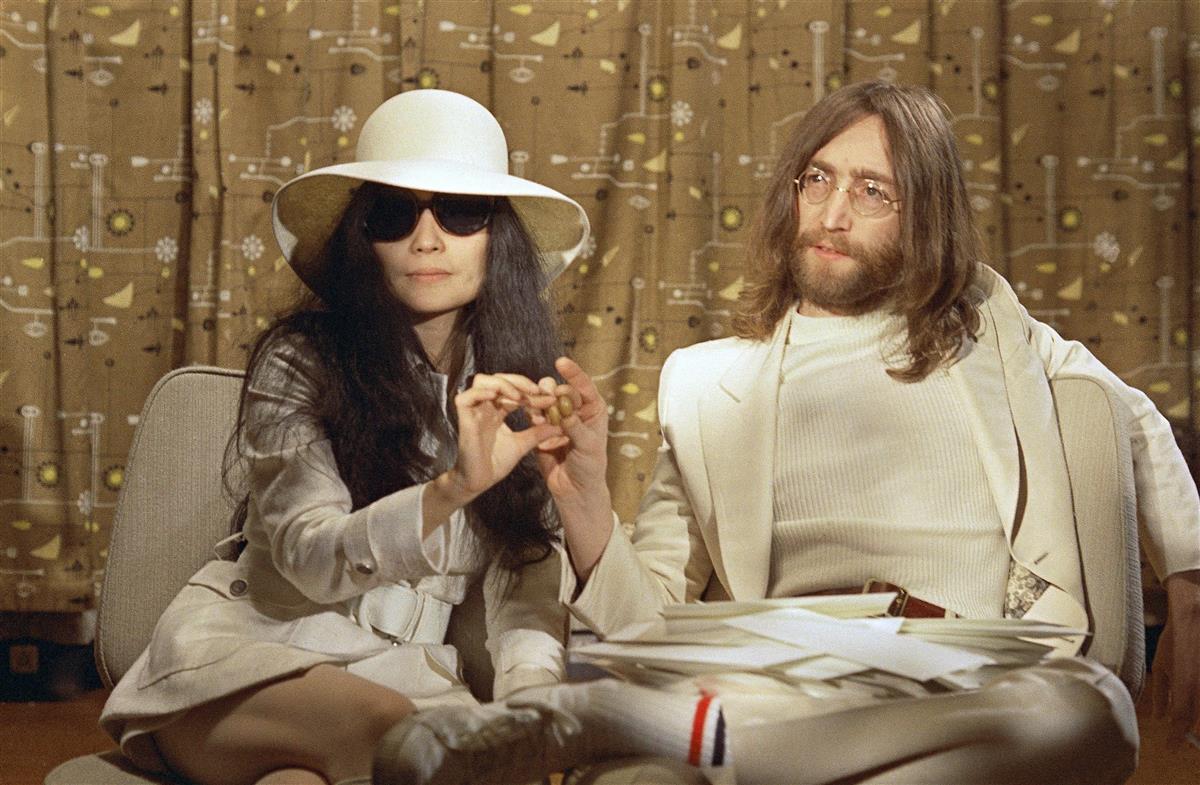 ~To coincide with the occasion of John Lennon’s 80th birthday, the Sony Music Roppongi Museum is hosting an exhibition titled Double Fantasy — John and Yoko that will run until January 11, 2021.~

December 8 marked the 40th anniversary of the death of John Lennon. The British musician and former member of The Beatles, was just 40 years old when he died. Yet the message he left behind — the desire to create an ideal world free of both national boundaries and religion — continues to grow in importance, particularly in an age characterized by racial discrimination and growing economic disparity.

Additionally, however, it is the unique nature of the marital life Lennon shared with wife Yoko Ono, now 87, that appeals to a new generation of Japanese youth. Many are drawn to the “house-husband” role Lennon adopted, alongside his life as a rock star and political activist.

Thus, on the occasion of what would have been his 80th year, the life of one of the world’s most well-known cultural icons continues to shine. 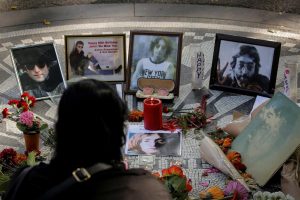 Had he lived, John Lennon would have celebrated his 80th birthday this year on October 9. That day, a huge number of fans gathered at “Strawberry Fields” ー the John Lennon memorial area in New York’s Central Park. They sang songs in mourning for the departed musician, among them the signature solo hit “Imagine” and others, such as “A Day in the Life,” recorded during Lennon’s time with The Beatles.

Western media sources have praised Lennon’s achievements. Among them, U.S. news outlet ABC News ran a piece stating, “Although 40 years have now passed since Lennon’s death, his music and his pacifist message as an activist still have the power to both entertain and inspire.”

Kunihiko Fujimoto, 59, is a Beatles expert and author of the biography, The Life of John Lennon 1940-1980 (Japanese, Mainichi Shimbun Publishing, November 2020). He pointed out that, “within the song ‘Imagine,’ Lennon’s appeal to create an ideal world free of both war and discrimination remains a powerful message in a world rife with various forms of division.” 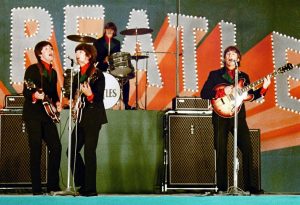 While The Beatles officially formed in 1962, the original incarnation of the group was actually put together by John Lennon in 1957. “As a child of the U.K. seafaring city Liverpool, Lennon was a physical, macho type growing up,” Fujimoto said.

Responsible for changing this side of Lennon was Japanese avant-garde artist, Yoko Ono. Where Lennon’s former wife, Cynthia, was happy to play along with more traditional notions of a wife’s role within a marriage, Yoko was quite the opposite. Her rare insight into the avant-garde art world, alongside her abandonment of conservative values, greatly appealed to Lennon.

Fujimoto points to a particular episode at the start of their relationship, typical of what was to follow. “Lennon had stated, in no uncertain terms, ‘When the newspaper arrives in the morning, it is the man who reads it first.’ To which Yoko had replied, ‘Well, how about we split it?’”

Lennon became fascinated by Yoko, especially once The Beatles officially disbanded in 1970. Working alongside Yoko, it was at this time that the musician’s solo activities really began in earnest, leading swiftly to his participation in various political movements.

He also began to involve himself in housework, still extremely rare for men at that time. Fujimoto noted, “For Lennon, who lost his own mother during his teens, Yoko — who was seven years his senior — became both a wife and mother figure for him.”

To coincide with the occasion of Lennon’s 80th birthday, the Sony Music Roppongi Museum is hosting an exhibition titled Double Fantasy — John and Yoko that will run until January 11, 2021.

Head of promotions for the exhibit, Maki Nakamura, noted the unexpectedly conspicuous number of visitors in their 20s, all too young to possess any live experience of the time John and Yoko spent together. Typical reactions from the young couples visiting the exhibit include, she noted, “Listening to ‘Imagine,’ we realized we have to work on the selfish thoughts leading us into arguments,” and, “We really related to the way John and Yoko lived their life as a married couple.”

Interestingly, it seems, rather than the couple’s anti-war and anti-establishment stance, it is the image of an ideal modern marriage in which the stay-at-home husband helps the wife that appears to resonate.

Inspiration for the masterpiece of songwriting, “Imagine,” in which Lennon makes his famous appeal to world peace, came from Yoko’s 1964 collection of poetry, Grapefruit.

It seems that younger generations in Japan, having learned about the song in their English textbooks, now tend to separate rock music from political issues. This allows them to evaluate the relationship of John and Yoko from a whole new perspective.

John Lennon was born in Liverpool, United Kingdom, on October 9, 1940. From 1962 to 1970, he performed as the rhythm guitarist and joint-lead vocalist of the rock band The Beatles. He began his solo career in 1968, during the final years of his time in The Beatles. In 1969, Lennon married Yoko Ono, and the two then worked together to use music to contribute to the anti-war peace movement. During this time, Lennon wrote and recorded numerous seminal hits as a solo artist, including “Imagine,” “Jealous Guy,” and “Give Peace a Chance.” On December 8, 1980, Lennon was shot and murdered outside his New York apartment. He was 40 years old.