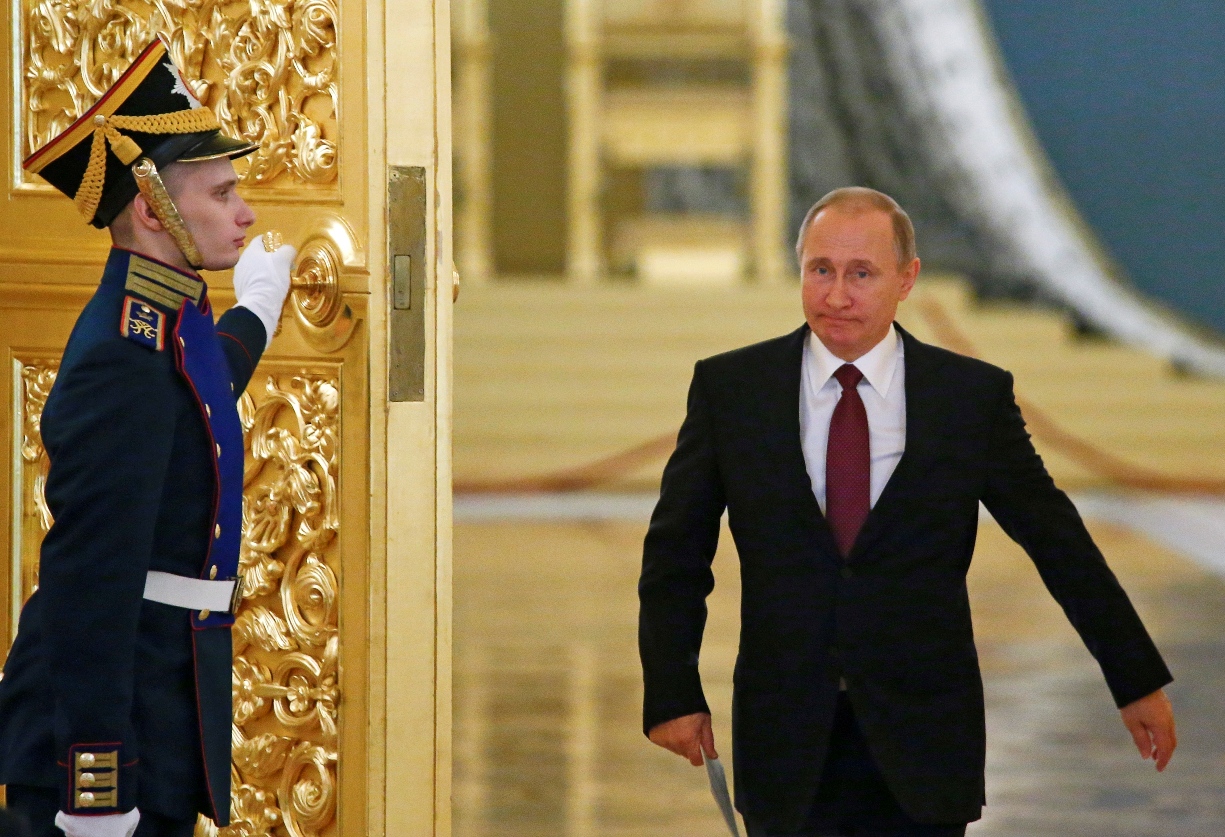 It’s no surprise that Japanese Prime Minister Shinzo Abe plans to make nice with Vladimir Putin later this week. The Russian president sure does look like a winner these days. Of course, there’s the obvious: In just two months, the United States—Moscow’s main competitor on the world stage—will be led by an incompetent demagogue whose most consistent foreign policy view is admiration for the Russian strongman. Even more impressively, this week Washington is convulsing with hysteria at the prospect that it was that very same strongman who put Donald Trump into the White House in the first place.

But that’s not all. In Europe, electoral victories by right-wing populists from Poland to Hungary to the United Kingdom have moved into positions of power leaders friendly towards Putin and tolerant of his misbehavior. Bulgaria and Moldova have just joined the club, and the next French elections, which will almost certainly result in another Putin-friendly European presidency, are just around the corner. That’s not to mention recent success of the Syrian regime, a key Russian ally which, after years of slaughter, seems to be making serious headway against the Islamic State.

Abe’s overtures toward Putin are then easy to understand given this narrative of a confident and ascendant Russia. His outreach may have raised eyebrows in Washington, but after all, the U.S. capital will be a very different place come January 20. And of course there’s no harm in trying to make a long-delayed land deal, especially if it will result in tangible benefits for both countries. There’s also the longer view: If the United States is indeed in relative decline, as the conventional wisdom holds, then stronger relationships with the world’s other powers must be in Japan’s interest.

This is all true enough. But let’s make sure we understand who we’re dealing with, lest we allow geopolitical considerations blind us to some essential truths. No matter how it looks in the short term, the Russian model is a dead end. Putin may be a tactical mastermind, using his skillful blend of informational and asymmetrical warfare to help Russia punch above her weight in the world. But strategically speaking, Putin has been a failure, having led his country for 16 years down a corridor that is gradually narrowing and darkening. Even if some calamity were to bring down the West, Russia will hardly be poised to come out on top as an alternative.

In actual fact, Russia is losing. Its economic growth is anemic, its national reserves are shrinking, its state budget is bleeding, and millions have been pitched into poverty, wiping out the gains in living standards that Putin’s early leadership brought. In the short and medium term, the reasons for these problems are well known: Oil prices have tanked since their highs earlier this decade, and Western sanctions have taken their own additional toll.

But there are larger structural reasons for Russia’s malaise — reasons Putin has had plenty of time and capacity to do something about. In the first place, he had immeasurable political capital. After the calamity of the 1990s, which brought only poverty, misery, and humiliation for most Russians, his emergence as an energetic young leader who promised change from the sclerotic Yeltsin administration was a breath of fresh air. Putin’s confident style was accompanied by an oil-fueled consumption boom that quickly led to sharply rising living standards. In the first years of the century, Putin also managed to restore the authority of a state that had almost fallen apart, defang a new class of oligarchs, and make Russians feel, once again, respected on the world stage (the importance of this last factor is often underappreciated by non-Russian commentators).

This is where Putin could have taken Russia in a fundamentally different direction. He could have used the country’s great oil fortune to invest in the basics like health care, education, infrastructure, and technology. He could have eased the state out of the way, unleashing the largely untapped capacity of the country’s private sector. He could have strengthened rule of law to attract foreign investment. Most importantly, these changes would have weaned Russia off of its addiction to oil while also shifting its model of governance away from semi-authoritarian paternalism. These would have been the steps of a true leader with a vision of the great things Russia could achieve in the 21st century.

But Putin did no such thing. The oil profits were indeed funneled into the rest of the economy, but only through large state investment projects controlled by the president’s personal friends. Government ownership in media, energy, banking, transportation, and almost any other major sector soared. By 2015, more than half of the Russian economy was in the hands of the state and the percentage has only grown since then. The model Putin developed is often referred to as “state capitalism,” but the phrase actually implies more sophistication than is warranted. The state directing Russia’s development is no technocratic government; rather it is a tight-knit group of cronies who use their political power to secure their economic gains, and vice versa. Commentators who refer to Russia as a “mafia state,” with little meaningful difference between the cops and the robbers, are closer to the mark.

This is a model with no future. Russia remains a petro-state wedded to natural resource extraction, with half its budget, as well as nearly three quarters of its export revenues, coming from oil and gas. The vast majority of its wealth flows through state hands into the glittering hyper-capitals of Moscow and St. Petersburg, where a vast fraction of the country’s economic activity takes place. In-between, the country’s smaller towns and cities are a horror. It’s no wonder that inequality is now off the charts in the former land of Lenin.

The problems this situation has led to, from capital flight to demographic decline to a rising brain drain, are nearly impossible to exhaust. It goes without saying that Putin’s model requires sophisticated propaganda and systemic repression of any political opposition. But perhaps most damningly, it is a model that dooms Russia to be little more than the world’s gas pump, squandering the considerable talents of its large, resilient, and highly educated population.

This is why depictions of Putin as a strong, wily leader miss the mark. On a month-to-month basis, he appears to be making all the right moves. But he has failed to put his country on a course towards 21st century growth and prosperity. In the end, whatever path the world’s liberal democracies take from here on out, it is clear that Putin’s Russia will offer nothing but a dead end. It’s is a place that is often feared, but seldom envied. It must be dealt with. It could, at times, be a partner. But never a friend.

Ilya Lozovsky is an editor and writer specializing in democracy, governance, and the former Soviet Union. Follow him on Twitter at @ichbinilya