40 Years After Abductions, North Korean Espionage Continues Inside and Outside Japan

United States President Donald Trump and First Lady Melania will visit Japan November 5-7. On the 6th, President Trump and Prime Minister Shinzo Abe will hold a US-Japan Summit and meet with the family of Megumi Yokota, a victim of North Korean abduction. Trump’s visit to Japan amid increasing tension in the region is an ideal opportunity to discuss the security situation with North Korea, and to prove to the world that the US-Japan bond is unwavering. During the summit, the Japanese government will simultaneously raise one of the most important problems: the abduction issue and Japan’s intention is to resolve the matter. How has the North Korean abduction issue continued on for 40 years? JAPAN Forward reviews these events in a series of Sankei Shimbun articles.

“Even now we cannot get a clear view of it, but is it not the case that there are not only North Korean operatives, but also people and businesses who cooperated in the abductions and sympathize with the North’s behavior throughout Japan? Is it not the case that they exist among us, and when it looks like there is progress toward a resolution, they put on pressure to prevent progress?”

According to those present, Sakie’s voice was small but strong. Katō listened quietly, occasionally scanning the materials in front of him. After Sakie met with Katō, Shigeo Iizuka, 78-year-old brother of kidnapping victim Yaeko Taguchi (22 at the time), made an appearance at a lecture in Kurume, Fukuoka Prefecture.

“North Korea sends agents [to Japan] to make contact with various front groups and infiltrate [them] like parasites [would]. I get the sense that their malevolent activities (such as sending remittances back to North Korea) are still continuing. We must put a stop to this, and soon.”

Iizuka stopped to breathe for a second and then continued.

“This problem runs deep. Serious judgment and action is required [on the part of the government], but, to be honest, the associations of victims’ families cannot do anything by itself.”

In 2014, Japan and South Korea entered an agreement in Stockholm to “re-analyze” the problem, but roadblocks soon appeared, and a sense of discouragement spread among victims’ families. The sentiment that the government is not really doing its all lurks in the background.

The words of Sakie and Iizuka express the questions that have troubled all of those related to victims of North Korean abductions throughout these years.

Last summer, an Asian in his 40s was seen going in and out of an office building overlooking Singapore Bay, close to Singapore University.

According to Western intelligence sources, the building the man was using was a known contact point for North Korean intelligence. The man was known as having visited Japan using a genuine passport neither Japanese nor Korean.

The intelligence agency believes that this man was investigating the state of sanctions against the North, especially in terms of joint US-Japan efforts on the abduction issue.

What seems to be behind the activities of this man was an announcement that the US Congress would pass a resolution calling on the US government to make a full-fledged investigation into the 2004 disappearance of an American student, David Sneddon (aged 22 at the time), in Yunnan province in China. 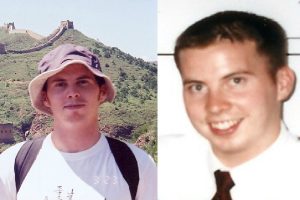 North Korea is sensitive that the abduction issues might impact on supreme leader Kim Jong-un. A draft agreement was adopted on September 28, 2016, and there is no doubt that the man’s activities were part of the countermeasures in this context.

On the other hand, North Korea continues to attract tourists from around the world and has expert capacities in psychological warfare to influence world opinion. Even in Japan, they have not given up on their efforts to influence the media and public opinion.

On September 8, 2016, just before the “Sneddon Resolution,” House of Councillors MP Antonio Inoki, 73, visited North Korea. Inoki also visited the North on September 7 of this year, and served as a mouthpiece for the North’s viewpoint after he returned.

Japan’s public security authorities expect that North Korea will continue to call on Diet members, state advisors, journalists, experts, and others in order to continue softening the debate around the North. Their target is a “weathering and hollowing out” of the abduction issue.

The families of abductees want to see their children and siblings again. But North Korea ignores their feelings and continues to launch its missiles and conduct is nuclear tests. Even in Japan, at this very instant, there are agents who sympathize with them and are spending their days plotting illegal actions to cover up the international crime of abduction.

As if to mock the sanctions and embargo placed on North Korea, there is no end to the goods and money flowing into the rogue country. In February 2016, a man with a Korean passport was arrested for illegally exporting household items to North Korea via Singapore. Other North Koreans have been confirmed as having studied at top schools in Japan and carrying nuclear and missile technologies to the North.

“As long as we cannot put an end to [the illegal activities that benefit North Korea], there will be no resolution to this issue,” pleaded Sakie. North Korean agents were arrested in 2016 on charges of fraud, but there seems to be no law that applies directly to their espionage activities in Japan.