A Conversation with Director Kiyoshi Kurosawa on ‘Wife of a Spy’ 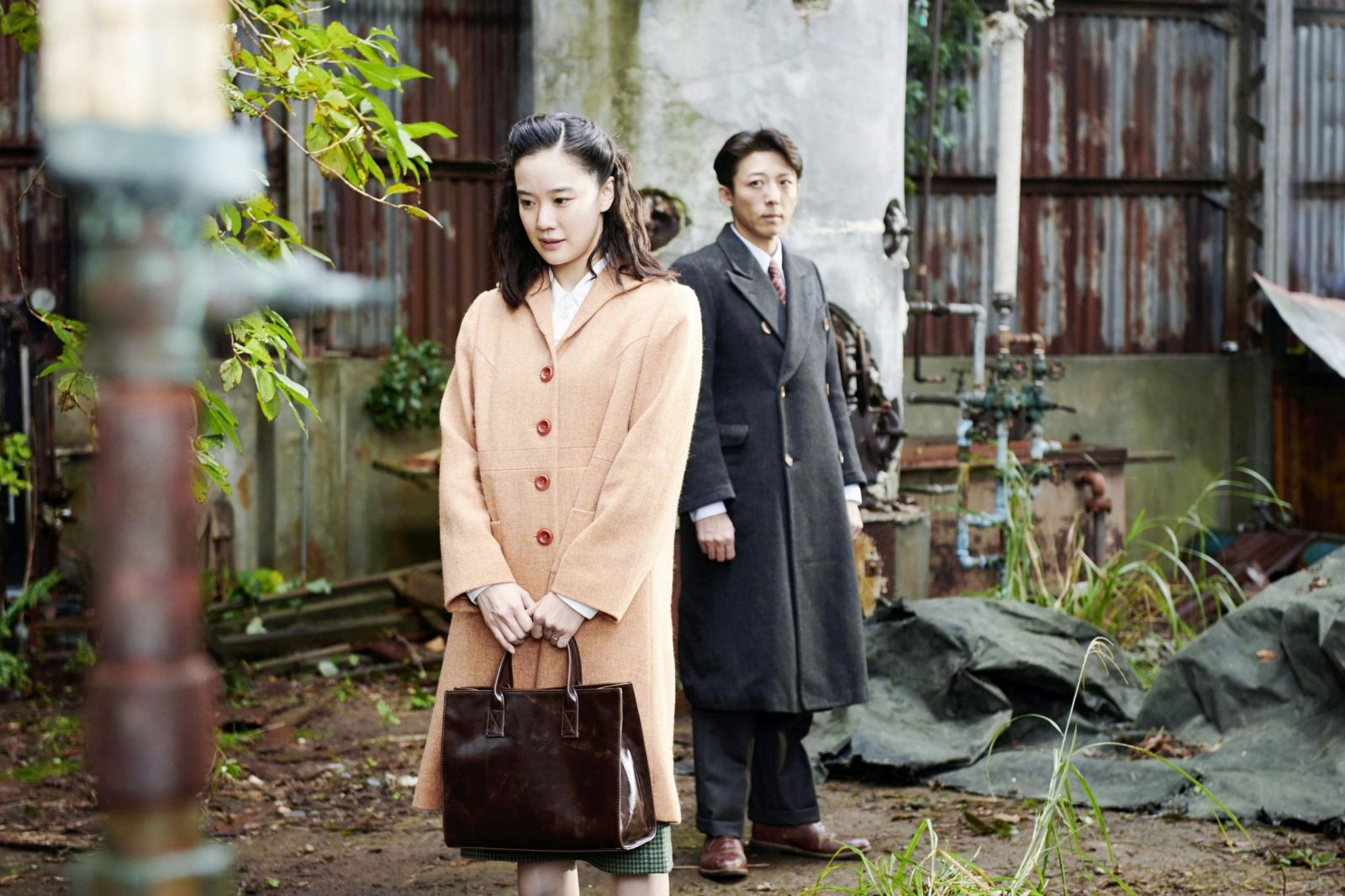 The Italian Institute of Culture in Tokyo held a special event on April 9 to honor film director Kiyoshi Kurosawa. The artist won the Silver Lion for best film direction at the 77th Venice Film Festival in September 2020 for his film Wife of a Spy (2020) or Supai no Tsuma in Japanese.

Kurosawa and the head of the Venice Film Festival, Alberto Barbera, who joined from Italy, shared their conversation over Zoom in front of an aptly socially distanced and masked full house in the auditorium of the Italian Institute of Culture in Tokyo.

Thanks to simultaneous interpretation, the two advocates of international cinema held the audience spellbound as their dialogue covered topics from festival winner Wife of a Spy, to how the Venice Film Festival was able to take place even during the pandemic, as well as life during COVID-19 and plans for the future.

Given the travel restrictions imposed by the pandemic, the event was one of the first real opportunities for Barbera and Kurosawa to exchange ideas, and it ended up with Kurosawa laughingly accepting Barbera’s suggestion of a possible collaboration with Italian producers going forward.

Barbera explained: “In the ’60s, it was normal for Italian cinema to collaborate with other countries, be it France, Spain, and so on. Now, we are going back to a period like that, so there are many European and extra-European collaborations. I am sure that there are producers who are interested in collaborating with maestro Kurosawa, and, in fact, if he has an idea of something which could be shot in Italy, I am sure there will be someone interested in investing in the project.”

Barbera affably took the opportunity to discuss what led the jury at the film festival to choose Wife of A Spy as winner of one of the most prestigious awards at the event: the Silver Lion for best director.

Wife of A Spy is a historical thriller set in wartime Japan, where the main character is a woman married to a Japanese man. After traveling to Manchuria, the husband ends up guarding an important secret, and the film looks at how the couple’s relationship develops as a consequence.

Barbera explained the jury’s thoughts in choosing this film for the Silver Lion Award: “It’s the first time that Kurosawa has attempted a historical film, and what struck us was the originality of it. It’s a very intriguing movie, which is built around the theme of trust, betrayal, not just within the couple but with regards to one’s own country.”

He also noted, “It’s a very complex work, with many layers which are aptly kept together by Maestro Kurosawa.”

Going a bit more deeply into techniques used in the movie, Barbera elaborated, “This is one of the most Hitchcock-like films of Kurosawa, with able use of suspense, and with playful use of the archetypes of genre films.”

Barbera later explained that this meant taking features from different genres — be it horror, film noir, or crime stories — and going beyond to create something new.

Kurosawa shared some insights into what he was trying to achieve with his film: “My main aim was to create suspense. But, also, if you think about films that are based during the war and talk about everyday life, there aren’t that many.”

In essence, he was trying something quite different.

Kiyoshi Kurosawa, 65, has directed more than 40 films over a span of 50 years. Yet he has participated only twice in the Venice Film Festival. The first time was in 2012, with a TV series called Penance, which, however, was not in the competition category.

Unique Edition of the Festival

It was also a unique year for the Film Festival itself, as Barbera explained: “It was a very special edition in the long history of the festival. While other festivals, like Cannes, could not take place due to COVID-19, ours was perhaps one of the first large events which was held in person. With the due limitations and strict compliance with regulations, we were able to have participants and spectators attend in all tranquillity.”

As it happens, the festival had only 40% to 50% of the usual attendance, according to reports. It was perhaps also a matter of good fortune, as the time frame luckily coincided with a short period during which Italy relaxed COVID-19 restrictions before the second wave of infections hit in the autumn.

Kurosawa did not attend the film festival in person. After receiving the award, he recalled fondly on April 9, “It was a surreal feeling, to be first selected as a competitor for the festival, and then to actually win.”

The film director reflected with a smile that he would have liked to “receive the award directly from the hands of Mr. Alberto Barbera and Cate Blanchett, but I am very happy that it got the attention. Thank you very much.”

Quite apart from the film Wife of A Spy, it was an opportunity for this author and everyone in the room to reflect on life during COVID-19.

When asked his opinion, Kurosawa said, wryly: “We’ve really gotten used to the situation now. Well, quite frankly, the point is that it’s not interesting, is it? Of course, the fact that we can speak like this [via Zoom], that part is fun. But the moment it’s finished, we go back to reality.

“After this, I go back to my Tokyo life and Alberto goes back to his life in Italy. It’s boring! It’s convenient, but frankly I could use a break from this convenience. With films, a big point is to watch films, and experience reactions together.”

In essence, Kurosawa was getting at the fact that COVID-19 has diminished the chances for seemingly mundane things such as mingling, chatting with film festival organizers, and discussing cinema.

History of Appreciation for Japanese Cinema

It was in this serendipitous context that the Italian Culture Center in Tokyo, together with the Italian embassy in Tokyo, decided to hold a special event to bridge the distance at a time when international travel was not possible.

Kurosawa reminisced warmly about attending the Venice Film Festival in the past, pointing out the great atmosphere that the celebration brings.

For his part, Barbera reiterated Venice festival’s huge appreciation for the work of the Japanese director.

It turns out that in the 77 years since the festival’s inception in 1932, it has maintained a steady appreciation of Japanese cinema, starting with the influence of Akira Kurosawa in 1951. In the words of Barbera, that year started a “love story” between the two countries, and since then Japanese film directors have been welcomed at the competition. Participants in the past have included directors Kenji Mizoguchi, Seijun Suzuki, and many more.

Looking towards the future, Barbera promised: “There will be a festival, and I hope with fewer restrictions compared to last year. I am very hopeful and optimistic.”

It was an event to stimulate the mind, and to let us dream for when the pandemic will finish and creativity can flow not just online, but through exchanges between people.

As the director of the Italian Culture Center in Tokyo, Paolo Calvetti, commented to JAPAN Forward: “We are honored that we could welcome at our Institute one of the maestri of Japanese contemporary cinema. The showing of the film [following the talk] was an important occasion to remind the world of the image of Venice as a stage to showcase international cinema, as well as to explore possible new collaborations in the creative industry. It’s perhaps not a coincidence that one of the topics of discussions was possible future co-productions which could be stimulated, thanks to these exchanges, as a way of kickstarting a collaboration between Italian and Japanese Cinema.”

Just as Cinemas have re-opened in Italy, the Italian Institute of Culture in Tokyo will also be hosting the Festival of Italian Cinema starting April 30. Due to the state of emergency restrictions currently in place in Tokyo until May 11, the initial part of the celebration is set to be online. You can find more information on the event here.