‘A New Way of Life’: Japan Lifts State of Emergency, Except in Tokyo, 7 Other Prefectures 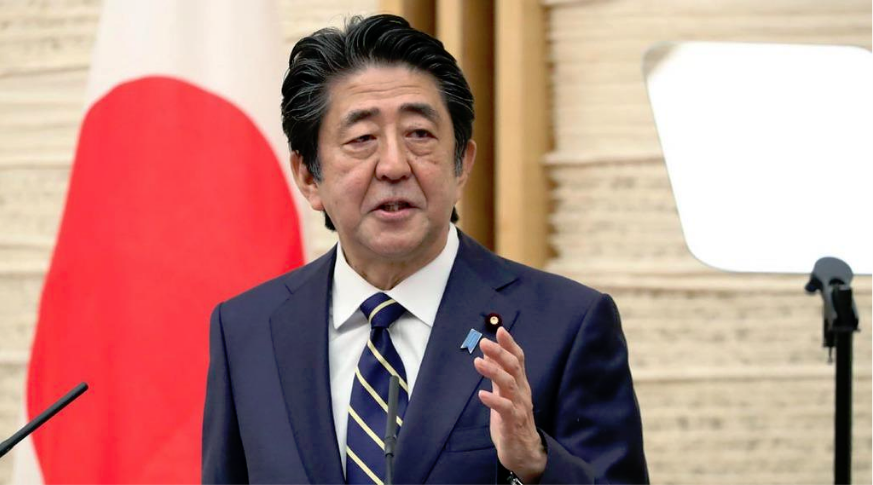 Prime Minister Shinzo Abe announced on Thursday evening, May 14, the lifting of the state of emergency in 39 of Japan’s 47 prefectures, two weeks earlier than originally envisioned.

The capital Tokyo, and 7 other prefectures — Chiba, Saitama, Kanagawa, Osaka, Hyogo, Kyoto, Hokkaido — will remain under a state of emergency.

In a press conference Thursday, the Prime Minister urged everyone to “embrace a new way of life” by continuing practices such as “telework and social distancing,” wearing of masks, washing of hands thoroughly, and in general avoiding crowds and places where there is a higher risk of infection, such as karaoke halls, live houses, and similar close quarters.

Still, this would bring much of the country one step closer to a “new normal” lifestyle, where some socializing can take place and businesses and industry can restart.

Lifting the state of emergency in the 39 prefectures was considered appropriate, given that all of them met the low infections-per-population calculation formulated by the government’s expert team. Some prefectures have seen less than one new contagion per 10,000 people over the last week. Aichi prefecture, for example, has seen only one new diagnosis in the three days before the press conference.

The Prime Minister shared his intention to discuss with the panel of experts the possibility of lifting the state of emergency in the remaining eight regions before the end of the month. The panel is next expected to meet on May 21.

Mr. Abe warned that, should people let their guard down, a second round of the virus could spread again, as it has in other countries like South Korea, Singapore, and Germany.

On the issue of the financial distress of people and businesses, Abe said that the government was continuing to consider new ways of supporting those struggling financially due to COVID-19.

“We are going to approve the second round of the supplemental budget [for the coronavirus emergency] in the Cabinet meeting after this press conference,” he said.

The Prime Minister also clarified that the upper limit of financial help for those who have become unemployed will be raised up to ¥15,000 JPY (about $140 USD) per day. This is intended to help people overcome what Mr. Abe defined as “the worst world economic crisis in 100 years,” emphasizing that it “doesn’t even compare to the Lehman shock.”

The Prime Minister said that Japan and the world would be fighting the novel coronavirus until a vaccine that immunizes the population against it becomes available. Significantly, he shared that research for a vaccine is continuing in earnest, with clinical trials set to start as early as July.

He pledged once more that the search for other medical cures was also underway. More immediately, Mr. Abe lauded the Japanese-developed medical treatments being tested for COVID-19. He said that one of them —  Avigan — would be approved for this purpose within the month of May. Mr. Abe also shared that the aim in June is to increase antigen tests to as many as 20,000 to 30,000 a day.

Finally, Prime Minister Abe thanked all of the people of Japan for helping avoid a potential crisis: “In this one month, we have managed to avoid a situation like the ones in Europe and America. In addition, we have managed to keep the deaths clearly low, it’s a fact. This is thanks to the efforts of all of you.”