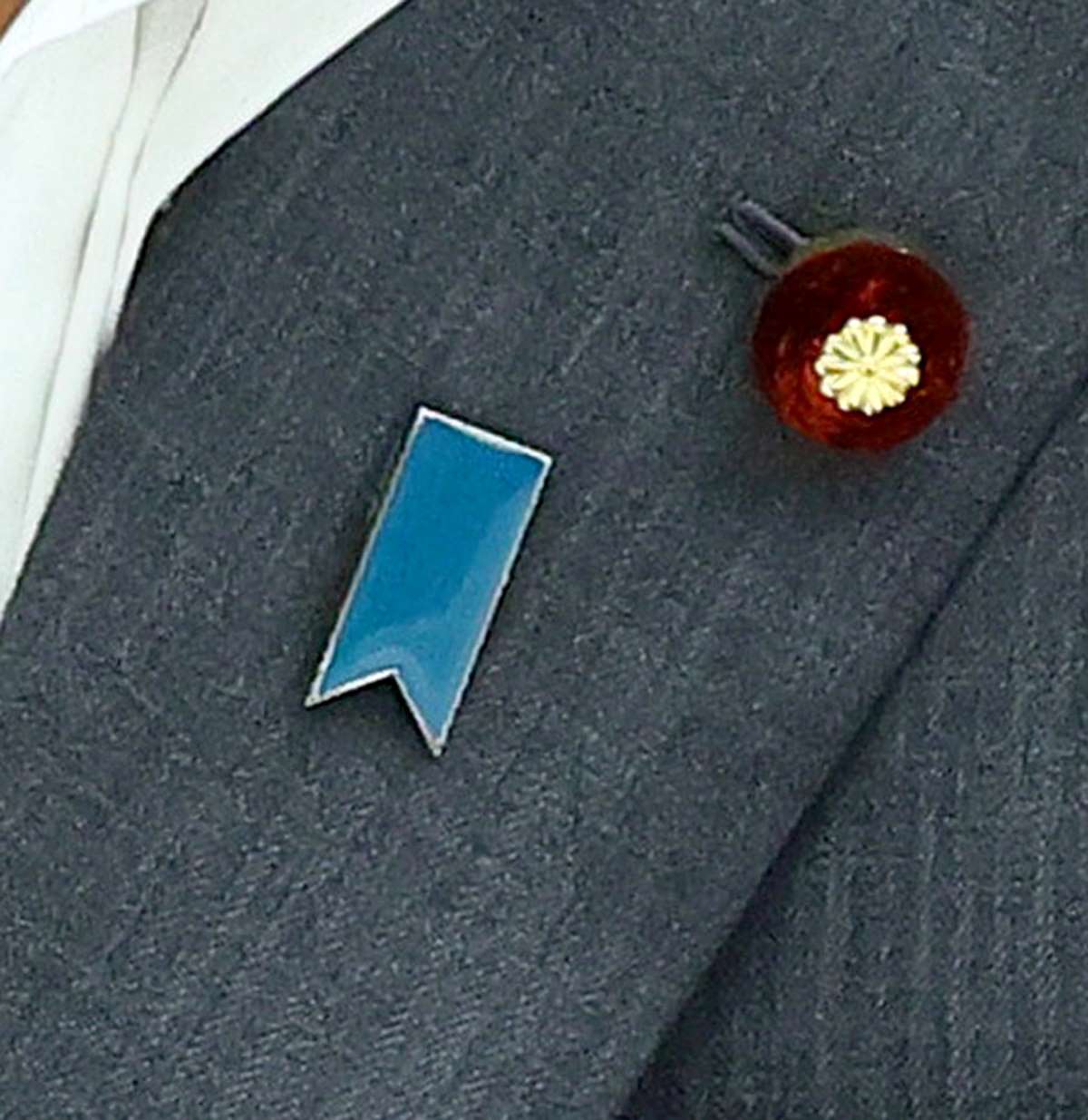 The blue ribbon badge signifies the sea and sky between the families in Japan and their loved ones who were abducted by North Korean agents and taken across the sea. (Sankei)

It will be 44 years since Megumi Yokota was abducted in Niigata City by North Korean agents. She has yet to be returned. Megumi was only 13 years old when her life, happiness, and dreams were suddenly taken from her.

Awareness ribbon campaigns involve people wearing a ribbon with a color associated with a cause. Typically, the blue ribbon represents abduction victims’ existence and rescue in Japan. The color blue images of the Sea of Japan, which connects Japan and North Korea, as well as the sky which connects abduction victims and families (Community Welfare & Service, 2019). Participating in an awareness ribbon campaign is approachable to many people because they can wear the color as a ribbon, or accessories (Community Welfare & Service Division, 2019). Seeing the associated color can make a statement because it shows support and draws attention to the issue.

Unfortunately, the recognition of awareness ribbon campaigns is low in Japan. I conducted a survey about the recognition of blue ribbons among 65 people and 77% did not know the meaning. While we can say blue ribbon movement is not spreading, a research from Takushoku University showed that 52% of people have experienced volunteering and 69.0% have done charity events (Kanjyo, 2019). In addition, the Niigata government conducted a study about the awareness ribbon and found that in spite of 66.8% of people in Niigata choosing to contribute to the abduction problem by signing up and donating money, only 8.8% chose to contribute by putting on a blue ribbon (Public service & government, 2019). Less opportunity for people to see and hear about awareness ribbons is the reason for the ignorance of this movement.

Even though many people have experience doing volunteer or charity events, they may not know about the awareness ribbon, which means it is not working as well as it should. In order for awareness ribbons to work, those who participate must talk openly about their ribbons so that people are aware of it. Additionally, we should encourage others to participate by wearing the color and offering other ways to help, such as donating money to a registered campaign.

Do not be afraid to show your color that brings awareness, and to talk to those around you about the meaning behind the ribbon. And if you see someone wearing a ribbon, ask them! It only works if we talk about it. Maybe one day Megumi will return, but, until then, I will continue to wear my ribbon in her memory.