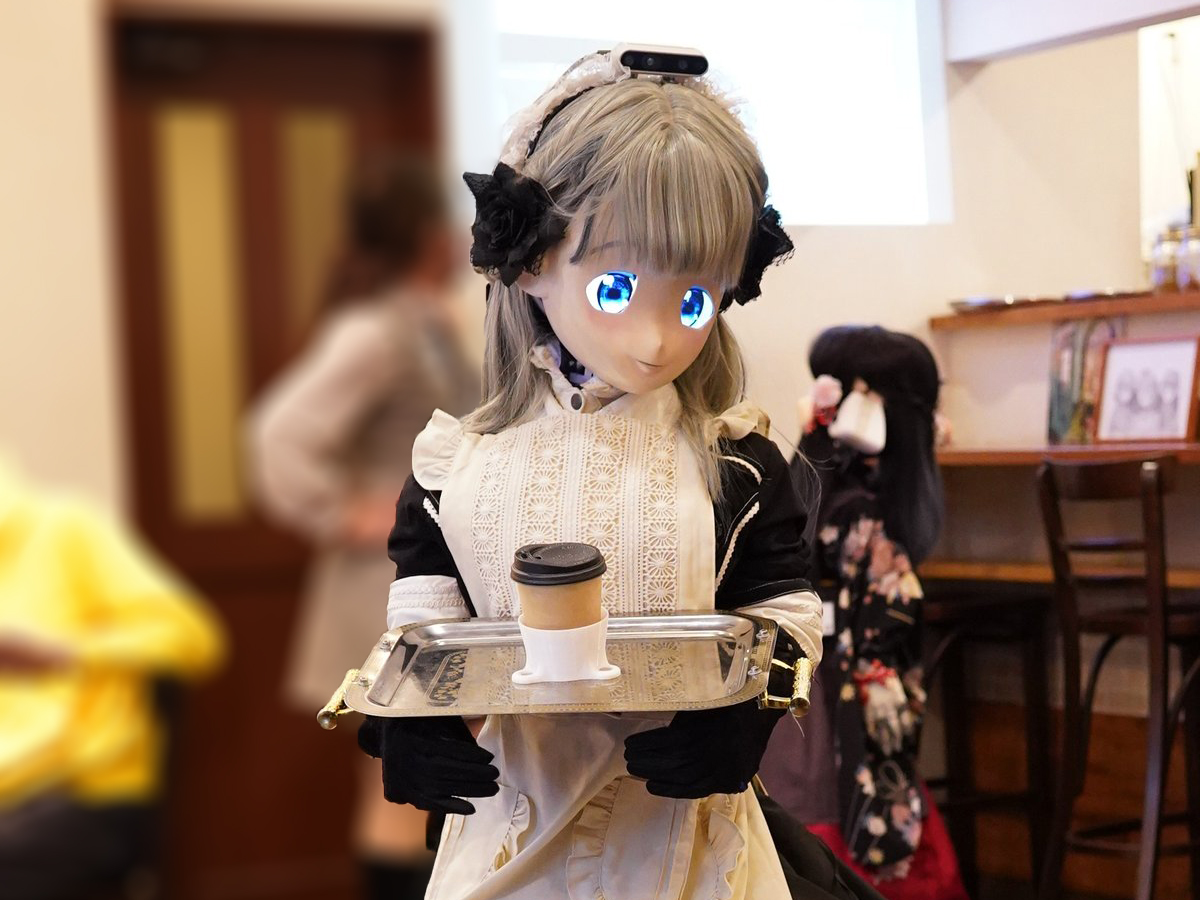 A maid robot cafe unlike any other

For three days between October 7th and 9th, 2022, in a quiet side street in Akihabara, Tokyo, the rental cafe Cafe Triomphe was the scene for a world-first event, a temporary maid robot cafe unlike any other. In a neighborhood where maid cafés are nearly everywhere you look, pop-up maid cafés are nothing unusual. Reproduced with permission from A_say (@A_says_)

However, this one was different in one important way:

The maids were robots. Reproduced with permission from A_say (@A_says_)

This wasn't just a gimmick. Visitors were greeted, guided to their seats, attended to, and served by a maid robot named MaSiRo, operating independently and with no human remotely controlling her movements.

As some of our readers may recall, in 2019, we first introduced the MaSiRo Project, which stands for: "Maid Apprentice Substantializing Ideal Robot." MaSiRo (pronounced "mashiro") is also the name of the project's first maid robot.

Originally introduced at events as "a beautiful robot girl who you can hold hands with," MaSiRo has since evolved as part of the master plan conceived by her creator, A_say (@A_says_).

Ultimately, as he explained in our interview in April 2022, A_say dreams of "(making) anime-like beings manifest in reality as if they were alive." With his expertise in robotics, he's on his way to making his dream come true.


The rest of the article can be viewed on our partner’s website, grape Japan at “After Maid Robot Café’s Successful Trial Run in Akihabara, Creator Looks to the Future.”