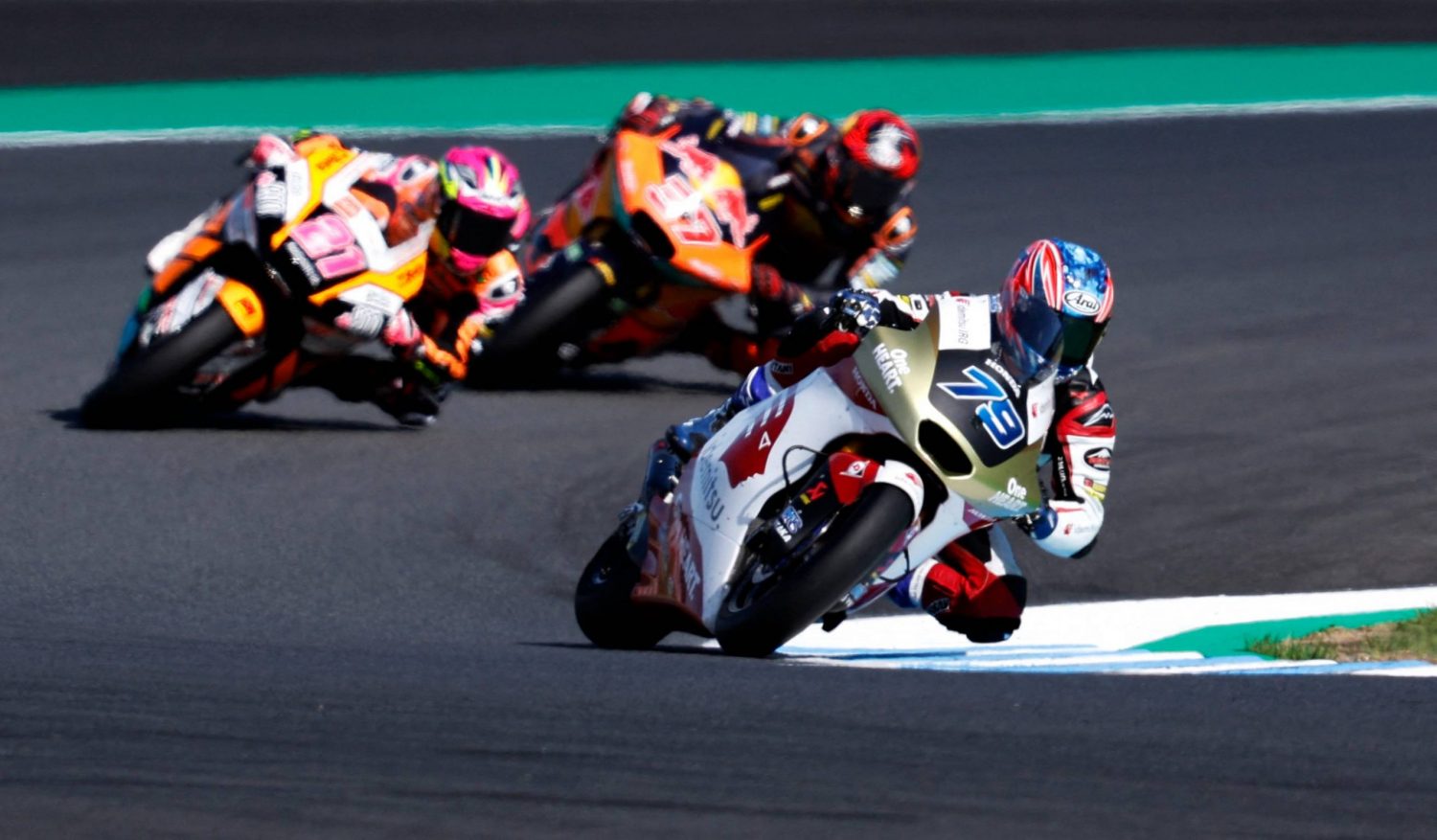 Ai Ogura became the first Japanese rider to win a motorcycle Grand Prix on home soil since Hiroshi Aoyama in 2006 when he won the Moto2 race on Sunday, September 25.

The Idemitsu Honda Team Asia rider beat Moto2 championship leader Augusto Fernandez by just over a second after 22 laps at Twin Ring Motegi in Motegi, Tochigi Prefecture. Boscoscuro rider Alonso Lopez finished third, meaning all of the podium finishers started outside the top 10 on the grid.

Starting 13th on the grid, Ogura got off to a fast start and made rapid progress, passing Cameron Beaubier on Lap 1 to move into fifth place.

The 21-year-old Japanese rider surged into a podium position on Lap 5 and later got into a heated battle with Lopez for the lead.