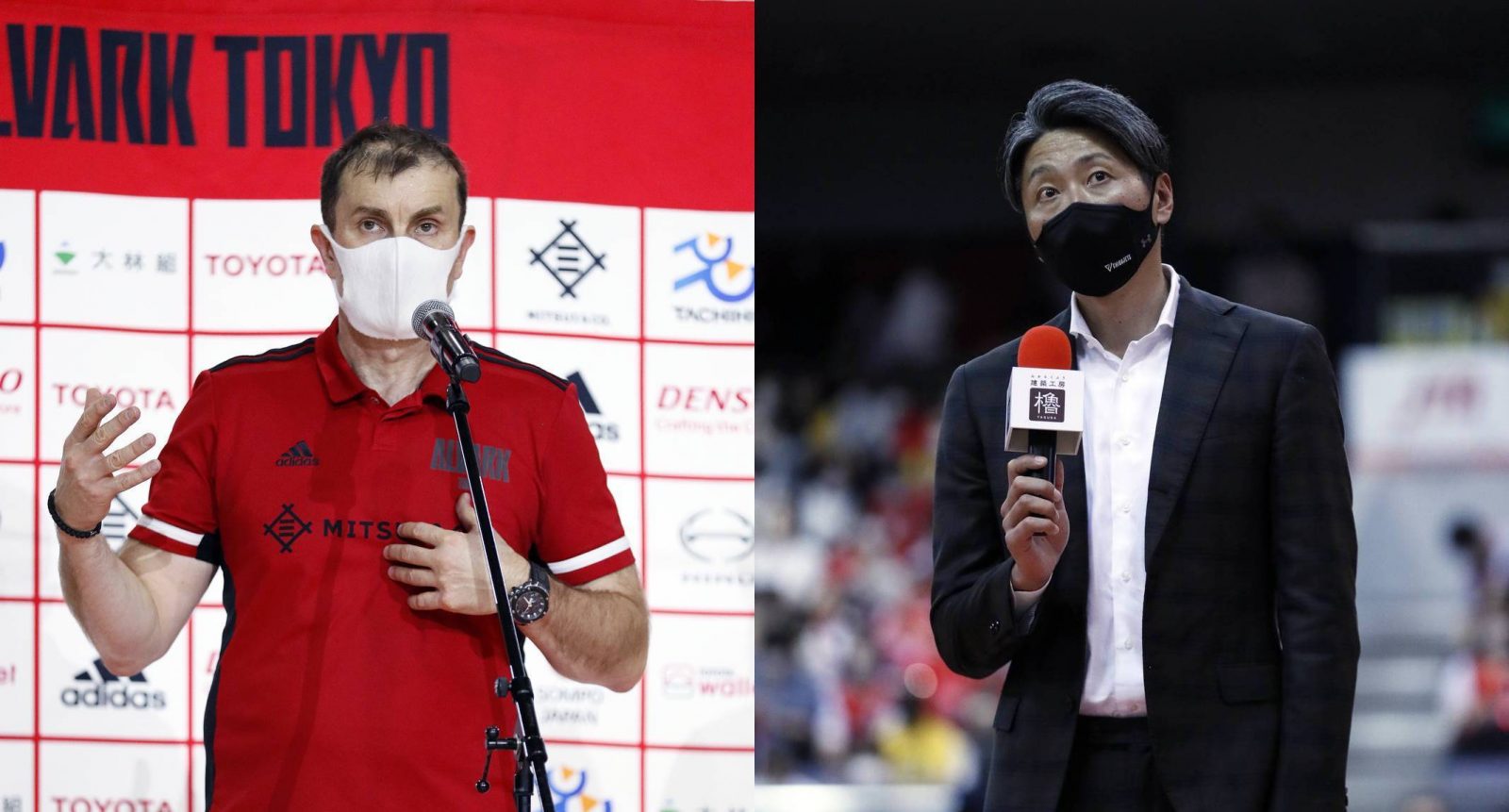 Luka Pavicevic (left) and Atsushi Ono guided the Alvark Tokyo and Chiba Jets to a combined three B.League titles. The Alvark won in 2018 and 2019, and the Jets triumphed in 2021. (B.LEAGUE)

Two days after the Utsunomiya Brex captured the 2021-22 B.League Finals title, the Alvark Tokyo and Chiba Jets announced that they are moving forward without their title-winning head coaches.

Luka Pavicevic is leaving Tokyo after five seasons at the helm.

Atsushi Ono is finished in Chiba after six seasons in charge.

Both teams issued news releases on Tuesday, May 31 announcing the departure of their longtime bench bosses. The Alvark labeled Pavicevic’s exit a mutual agreement, as did the Jets in reference to Ono.

The Alvark and the Jets are the only other franchises in league history to win titles.

The 2019-20 season ended early due to the COVID-19 pandemic. The playoffs were canceled.

As a result, the Alvark were technically the reigning champions when the 2020-21 season began. The Jets were the better team, however, and advanced to the championship round, which became a best-of-three format for the first time. Chiba defeated Utsunomiya in three games.

Pavicevic compiled a 191-79 record in his five seasons at Tokyo. The Alvark went 39-14 this past season.