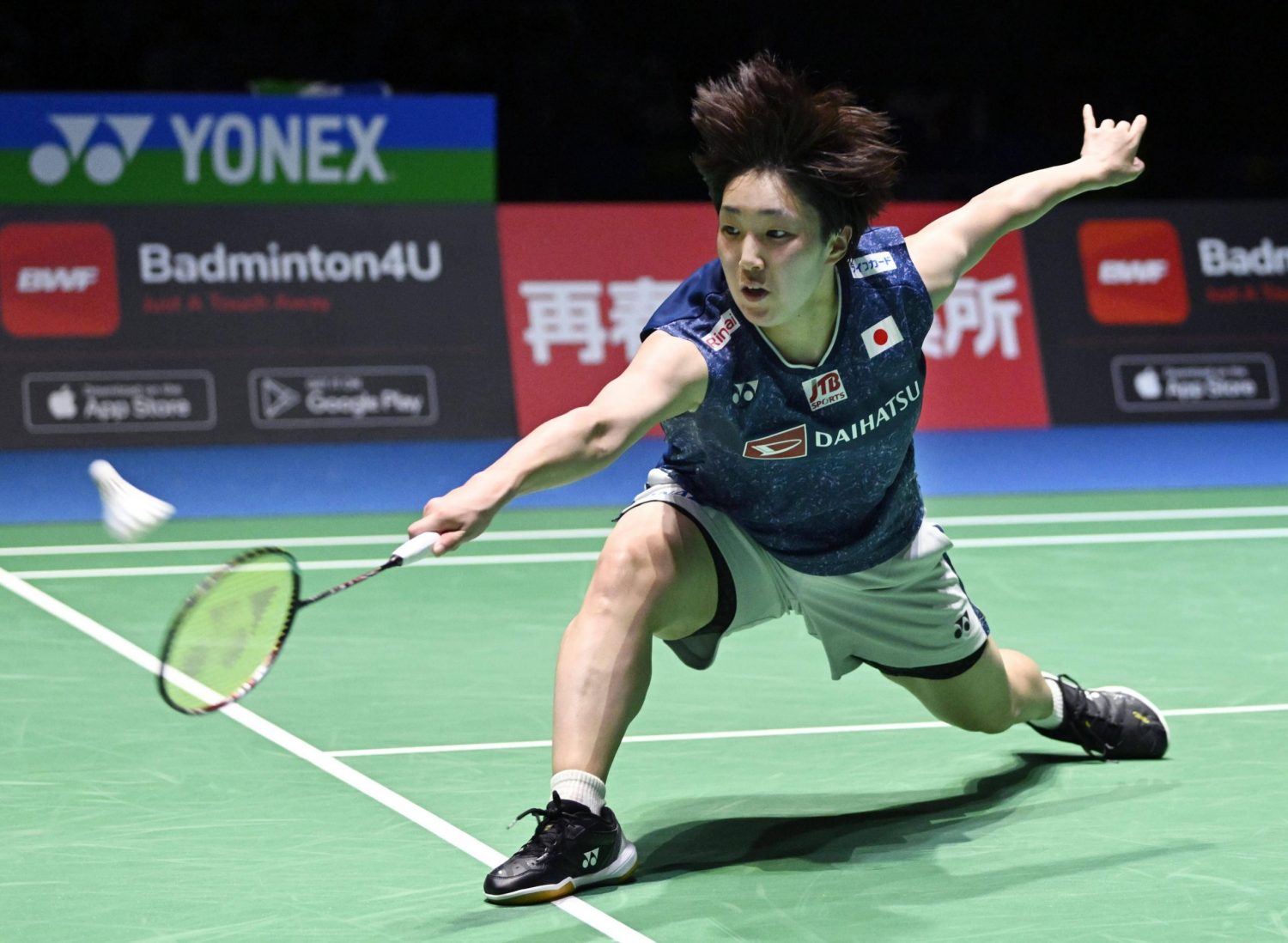 Akane Yamaguchi hits a return in the women's singles final at the 2022 Badminton World Championships in Tokyo on August 28. (KYODO)

World No. 1 Yamaguchi recorded seven straight points in the third game and then held off her fourth-ranked rival to complete the win at Tokyo Metropolitan Gymnasium in 68 minutes.

Chen, the Tokyo Olympic champion, made things difficult for top-seeded Yamaguchi in the second game when the Chinese star won the last five points to even the match at one game apiece.


But Yamaguchi quashed any chance of a comeback with a strong start to the third game.

“I wasn’t very good in the second game but I could pick myself up in the third game and managed to be patient yet aggressive at the same time,” Yamaguchi said. “I gave it everything I had and enjoyed being out there in front of the home crowd.”

In other matches, World No. 1 Viktor Axelsen of Denmark won the men’s singles title with a comprehensive 21-5, 21-16 triumph over Kunlavut Vitidsarn of Thailand.

With the win, Axelsen became both the world and Olympic champion. He also won the world title in 2017 in Glasgow.

“I’m really happy about how I managed to control and deal with everything in there,” Axelsen said. “Obviously, I was also the favorite and there was a lot of pressure on me. But I managed to perform under this pressure, and I am really proud of myself."

Japan missed out on a chance for a second gold medal when Yuta Watanabe and Arisa Higashino lost 21-13, 21-16 to top-ranked Siwei Zheng and Yaqiong Huang of China in the mixed doubles final.

History was made in the men’s doubles final when Aaron Chia and Wooi Yik Soh became Malaysia’s first world champions with a 21-19, 21-14 straight-sets win over Mohammad Ahsan and Hendra Setiawan of Indonesia.

“I have no words to describe what we are feeling,” Chia said. “Of course we are happy to make ourselves proud, to make our country proud as the first Malaysian world champions.

“Last year we won the bronze at the Olympics in Tokyo. This year we got the gold medal in Tokyo so I think Tokyo is lucky for us,” added Chia.

Top-ranked Qingchen Chen and Yifan Jia of China took the gold medal in women’s doubles after a 22-20, 21-14 win over South Korean pair So Yeong Kim and Hee Yong Kong.