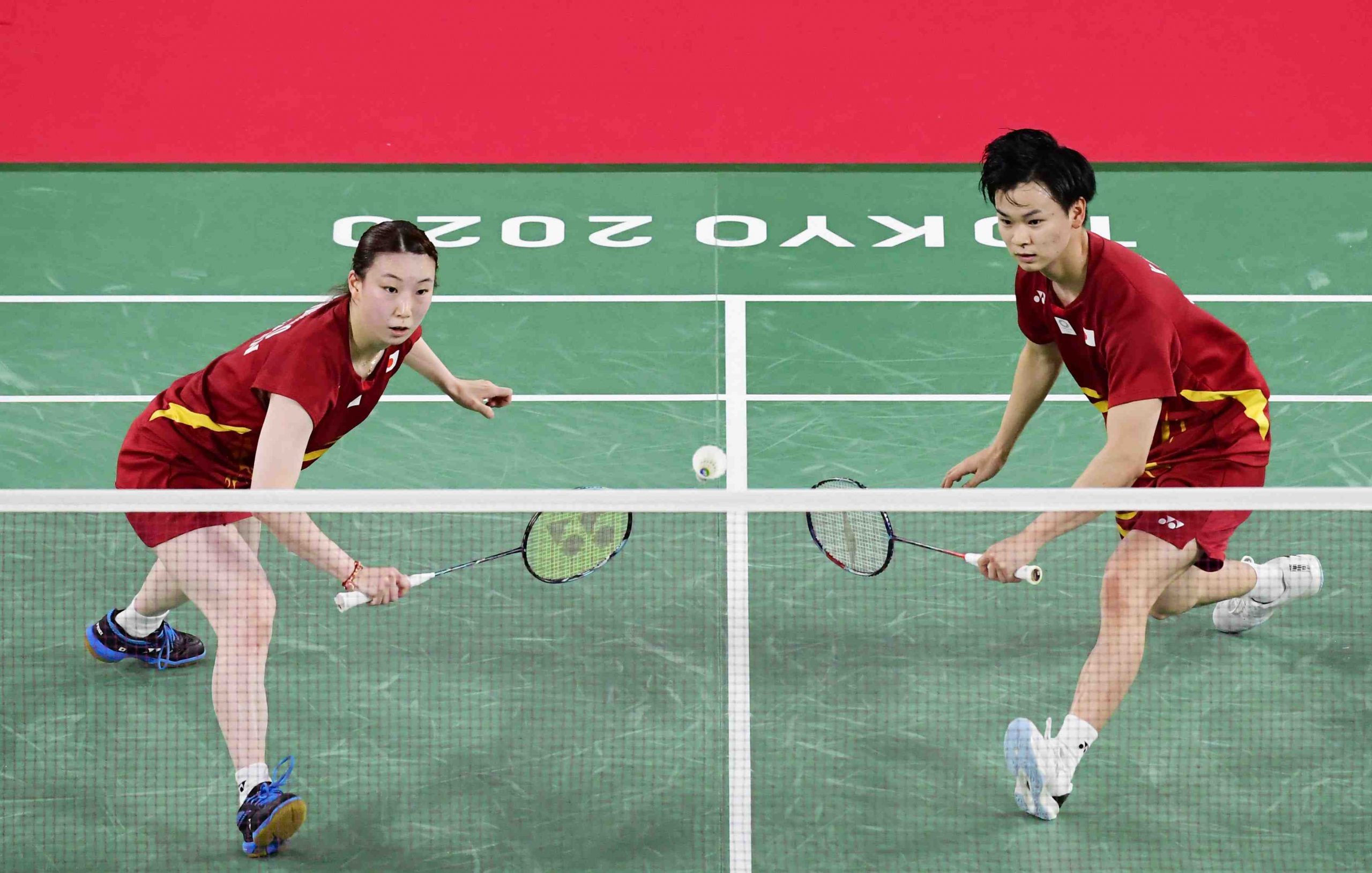 The second game was very close, with Tang and Tse at one point having a lead of five points. The longest rally in the match was 70 strokes, around twice the typical number.

The two 24-year-olds from Japan lost the day before to China’s Yi Lyu Wang and Dong Ping Huang 2-1, who went on to win the gold medal, knocking them into the bronze-medal match.

Watanabe and Higashino earned the bronze at the 2019 Badminton World Championships in Basel, Switzerland.

Watanabe is the first Japanese man to win a badminton medal in the Olympics.

“There’s a big difference between winning a medal and not winning one. We’ve worked hard in mixed doubles and were able to continue on the path that our predecessors paved,” Watanabe said in a post-match interview. “I’m proud that we were able to win a medal on this big stage. It’s great that the Olympics were able to be held, and I want to thank everyone that supported us.”

Reflecting on training to prepare for the Olympics, Higashino mentioned Hiroyuki Endo, who Watanabe competed with in the men’s doubles event. The men’s partners lost in the quarterfinals on Thursday, July 29.

“There were some dark times when we weren’t able to win,” Higashino said, “but the three of us, including Endo-san, all worked hard together, so I think that this is a medal that the three of us won.”

Okuhara, 26, was the women’s singles bronze medalist in the 2016 Rio Games.

“There have been highs and lows over the last five years and I am happy that I have had a lot of support from people throughout,” said Okuhara after the match, according to Mainichi Shimbun, “I wanted to give them something back through badminton and although I could not do that with results, I hope they felt how hard I was trying until the end.”

For Japan, there was more disappointment in the women’s singles quarterfinals as Akane Yamaguchi was eliminated in a 21-13, 22-20 loss to India’s Pusarla V. Sindhu.

“I was feeling the pressure and feeling nervous since the morning,” Yamaguchi said in an interview after the match, according to Yahoo News. “Many people told me to work hard and ‘play for myself,’ so I was able to play with everything. I’m disappointed because I wanted to give them a positive result.”