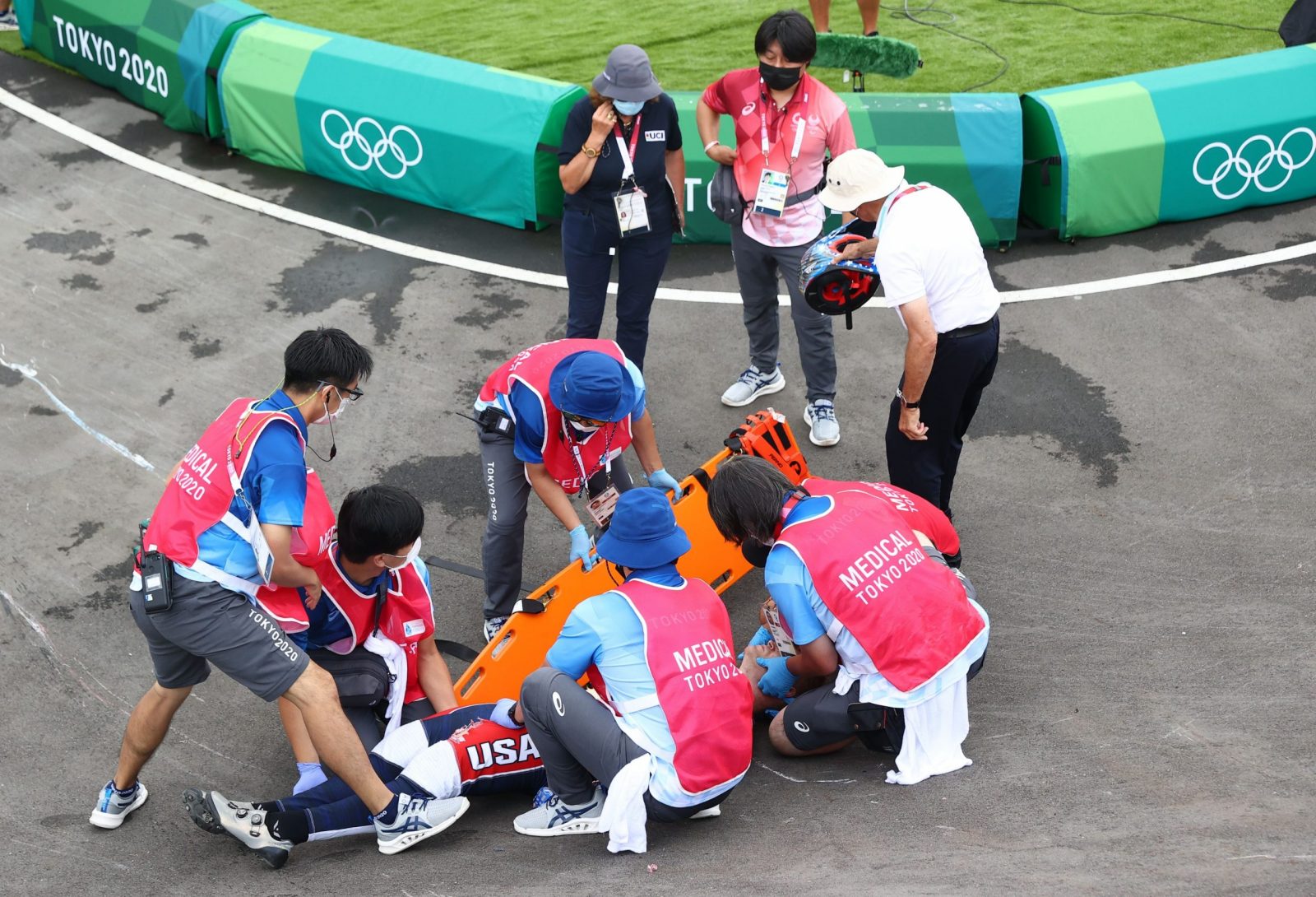 U.S. cyclist Connor Fields’ bid for back-to-back gold medals in the men’s BMX racing competition ended with a serious crash in the third round of the semifinals on Friday, July 30.

The 28-year-old, who resides in Las Vegas, was rushed to the hospital by an ambulance after a pair of race participants ran over him at the Ariake Urban Sports Park track.

“We can confirm that Connor Fields is awake and awaiting further medical evaluation. We will share additional updates as they become available,” USA Cycling said in the statement.

Riding in the second position of the first 180 corner, Fields’ bike got tangled with the back of race leader Romain Mahieu’s. The Frenchman carried on, while Fields, a three-time Olympian, tumbled to the ground.

Subsequently, the Netherlands’ Twan van Gendt and France’s Sylvain Andre ran over Fields as the fast-paced action left them no chance to choose a different course of action.

Niek Kimmann of the Netherlands went on to win the final later in the day, completing the race in 39.053 seconds. The 25-year-old achieved this feat after suffering a (comparatively) minor knee fracture by crashing with a race official in training the previous day.

Meanwhile, during the women’s semifinals there were also several crashes. Notably, Australia’s Saya Sakakibara, who was leading the pack in the third run, crashed after contact with American Alise Willoughby, who was trying to overtake her.

The Japan-born Australian was taken away on a stretcher and monitored for 30 minutes for a mild concussion, but then was quickly cleared.