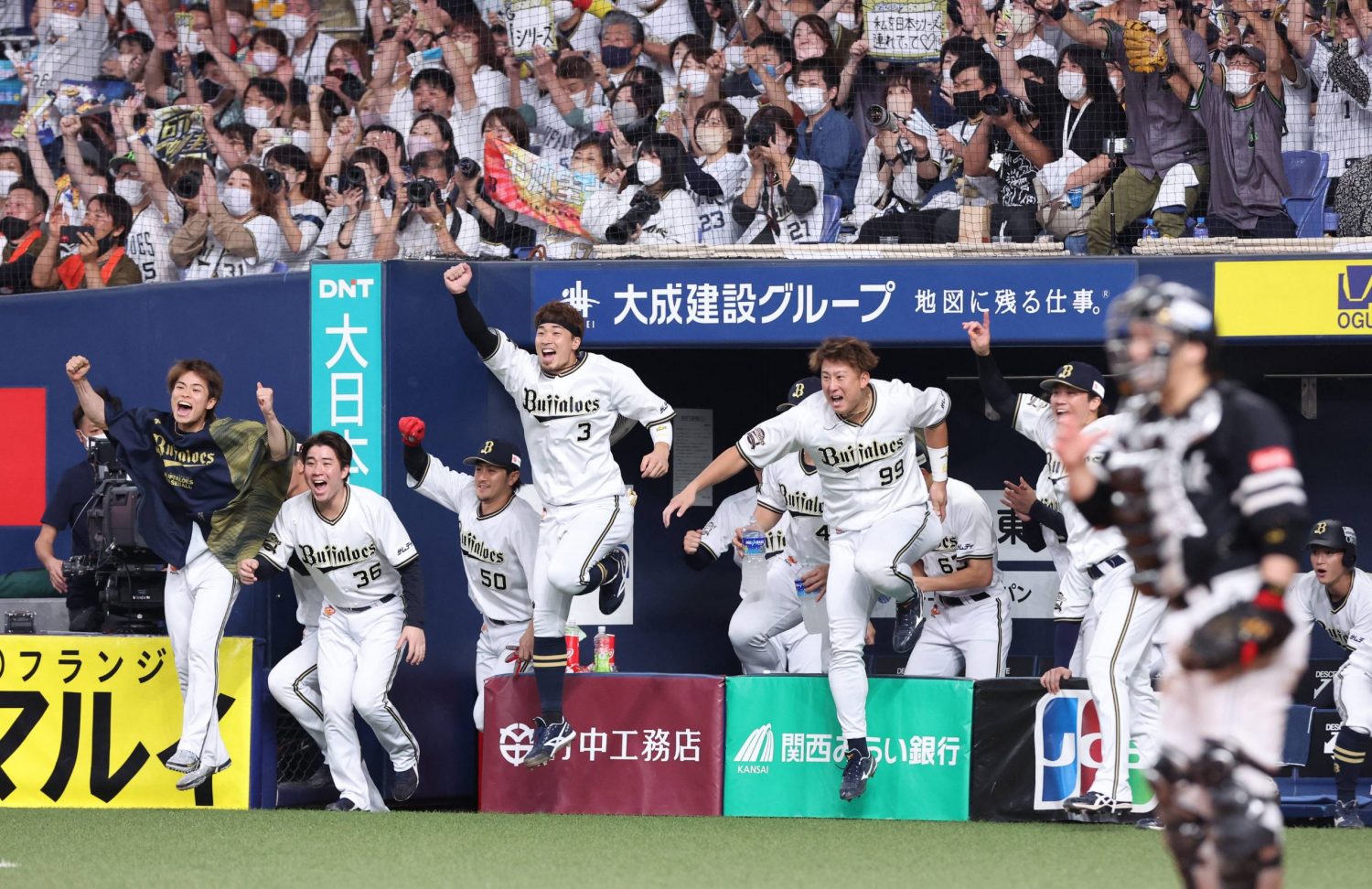 Orix Buffaloes players sprint out of the team's dugout and jump for joy after Keita Nakagawa hit a walk-off single in the ninth inning in Game 4 of the Pacific League Climax Series Final Stage on October 15 in Osaka. (ⒸSANKEI)

With two outs in the ninth inning, Keita Nakagawa stroked a run-scoring, walk-off single to left field, leading the Orix Buffaloes to a 3-2 win over the Fukuoka SoftBank Hawks on Saturday night, October 15.

With the win in Game 4, Orix eliminated the Hawks from the Pacific League Climax Series Final Stage at Kyocera Dome Osaka.

This year's Japan Series, starting on October 22, will be a rematch of last year's championship series, when the Tokyo Yakult Swallows won the best-of-seven series 4-2. Game 1 will be held at Jingu Stadium. First pitch is set for 6:30 PM.

The Swallows eliminated the Hanshin Tigers in the Central League Climax Series Final Stage on Friday night, winning 6-3 in Game 3 and earning a series sweep. (The regular-season champions in the Central and Pacific Leagues receive an automatic one-win advantage to start their respective series.