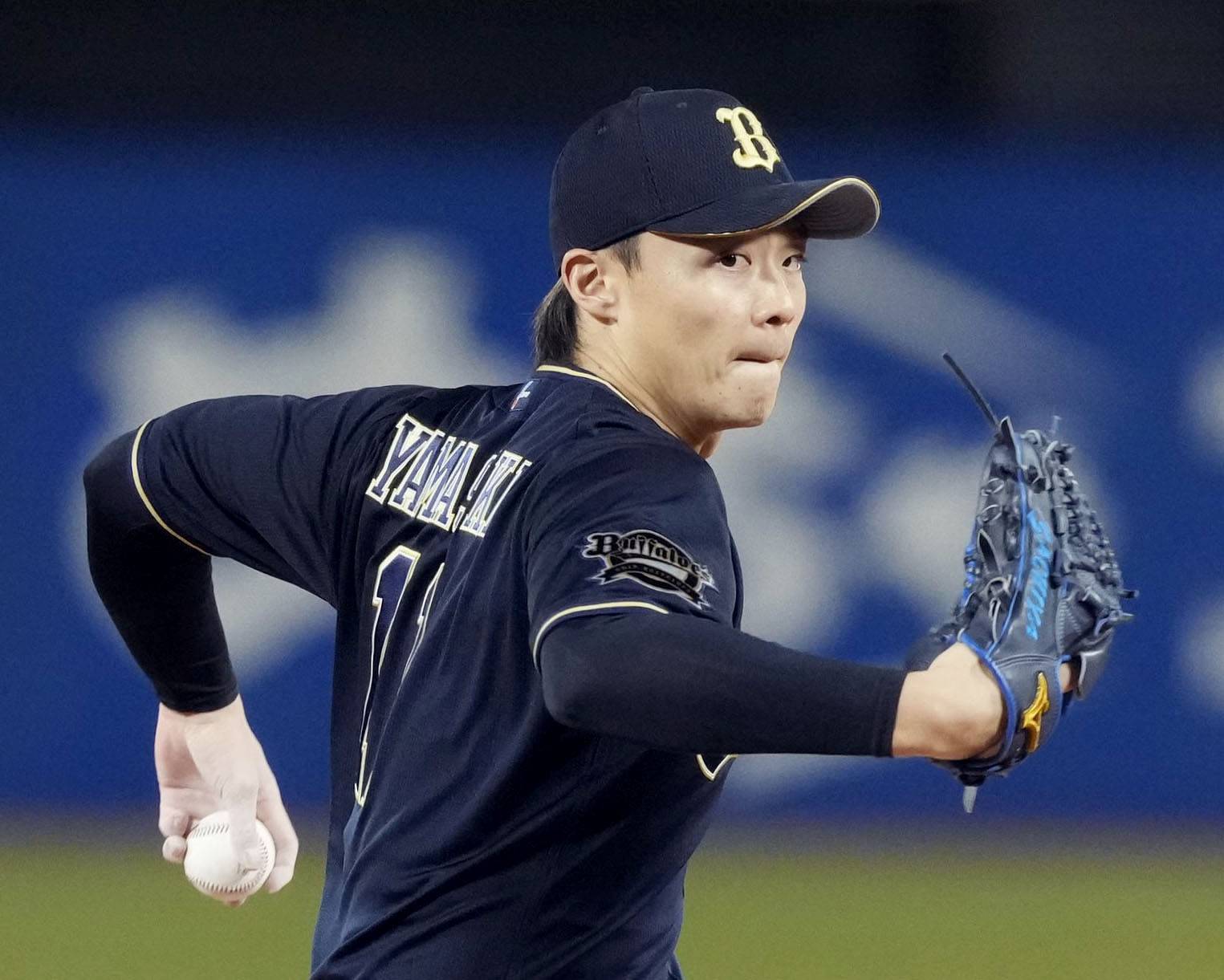 Orix Buffaloes southpaw Sachiya Yamasaki pitches against the Tokyo Yakult Swallows in Game 6 of the Japan Series at Jingu Stadium on October 29. (KYODO)

The Buffaloes broke a scoreless tie on Yutaro Sugimoto's single with two outs in the sixth inning and added two more in the ninth off struggling closer Scott McGough in a 3-0 road victory over the reigning champion Tokyo Yakult Swallows at Jingu Stadium.

Game 7 is set for 6:30 PM on Sunday at the same venue. If necessary, a Game 8 will also be played at Jingu on Monday night. (A 3-3 tie in Game 2 led to these unusual circumstances in the best-of-seven series.)

The Buffaloes are one win away from capturing their first Japan Series title of the 21st century. The current franchise was a merger of the Orix BlueWave and Kintetsu Buffaloes, two Pacific League rivals, after the 2004 season.

Orix, known as the Hankyu Braves under previous ownership, won three straight championships from 1975-77, and another as the BlueWave when Ichiro Suzuki was a top star in 1996.