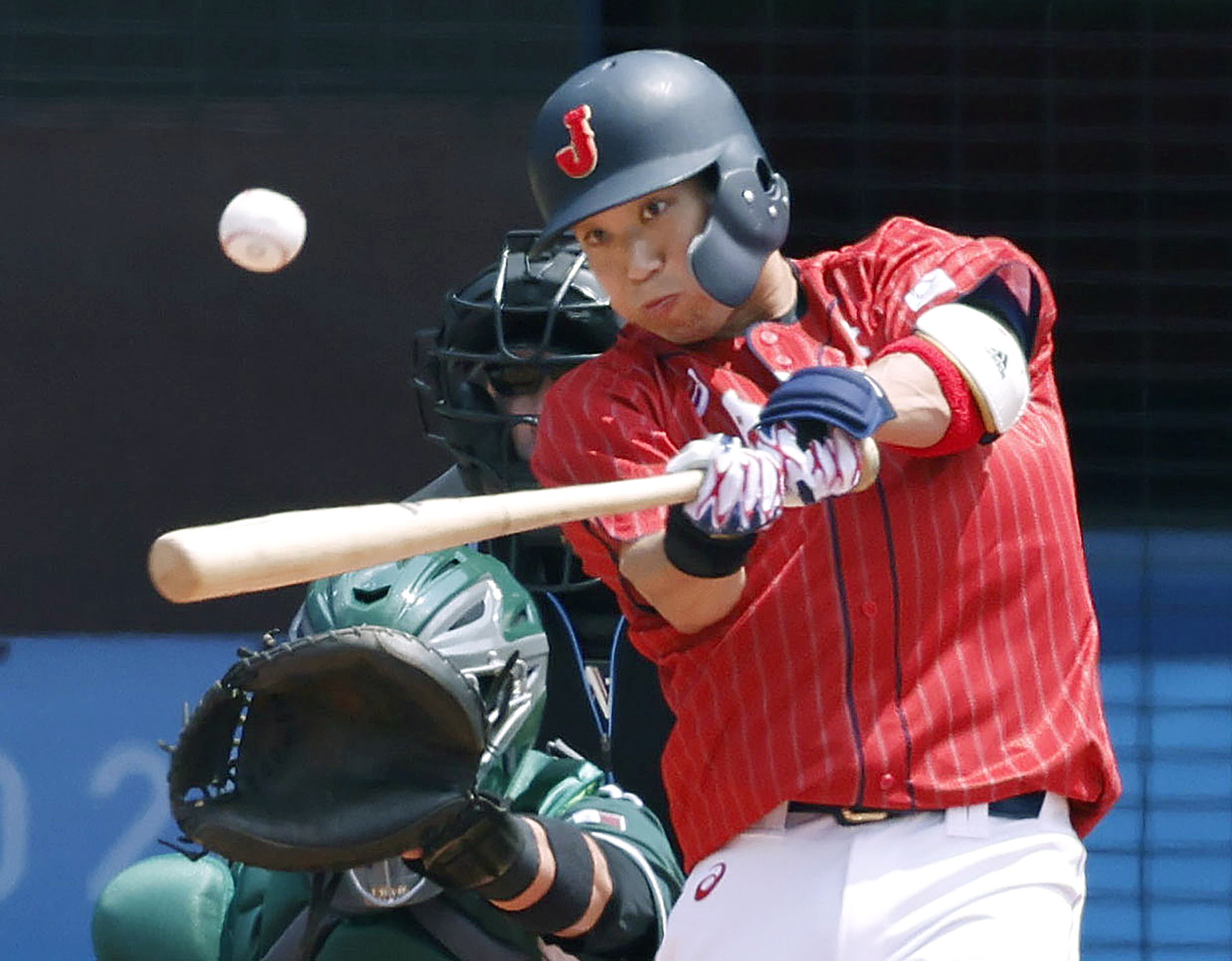 Japan's Tetsuto Yamada slugs a three-run home run in the fourth inning against Mexico in a Group A game on July 31 at Yokohama Stadium.

Tetsuto Yamada hit a three-run homer in the fourth inning to power Japan to a 7-4 win over Mexico on Saturday, July 31 in the Olympic baseball tournament.

Samurai Japan improved to 2-0 in Group A with the win at Yokohama Stadium and booked a place in Monday’s game against the United States for a spot in the semifinals.

Japan took an early 2-1 lead in the third inning when Hayato Sakamoto scored from third on Hideto Asamura’s high chopper that Mexico’s pitcher couldn’t field cleanly. Yamada’s blast into the left-field stands an inning later made it 5-1.

“It was a real team effort today,” Japan manager Atsunori Inaba said. “Everyone contributed and it was a game in which we were able to show our speed and power. Yamada really came through in the clutch for us with that home run.”

Sakamoto hit a solo homer in the seventh to make it 6-2 for the hosts and Yamada drove in another run in the eighth with a single to center that scored Takuya Kai from second.

Kai had three hits, scored two runs and drove in one run.

Japan starter Masato Morishita picked up the win after holding Mexico to two runs on five hits over five innings. Ryoji Kuribayashi retired the side in the ninth for the save.

Former Orix Buffalo Joey Meneses led the Mexico attack with a homer and three RBIs. His first-inning single opened the scoring and his eighth-inning two-run homer off Kaima Taira cut the deficit to three runs.

Mexico fell to 0-2 and finished third in Group A. As a result, Mexico will play Group B’s last-place team Israel on Sunday in the six-team tournament’s first elimination game.

In Saturday’s night contest, Triston Casas hit a two-run homer in the fourth inning to lead the United States to a 4-2 win over South Korea.

Nick Allen connected for a solo shot on the fifth and the U.S. added another run on an RBI single to center by Tyler Austin that scored Jamie Westbrook from third.

U.S. starter Nick Martinez picked up the win after striking out nine and holding South Korea’s batters to one run on four hits over five innings.

The United States improved to 2-0 while South Korea dropped to 1-1.