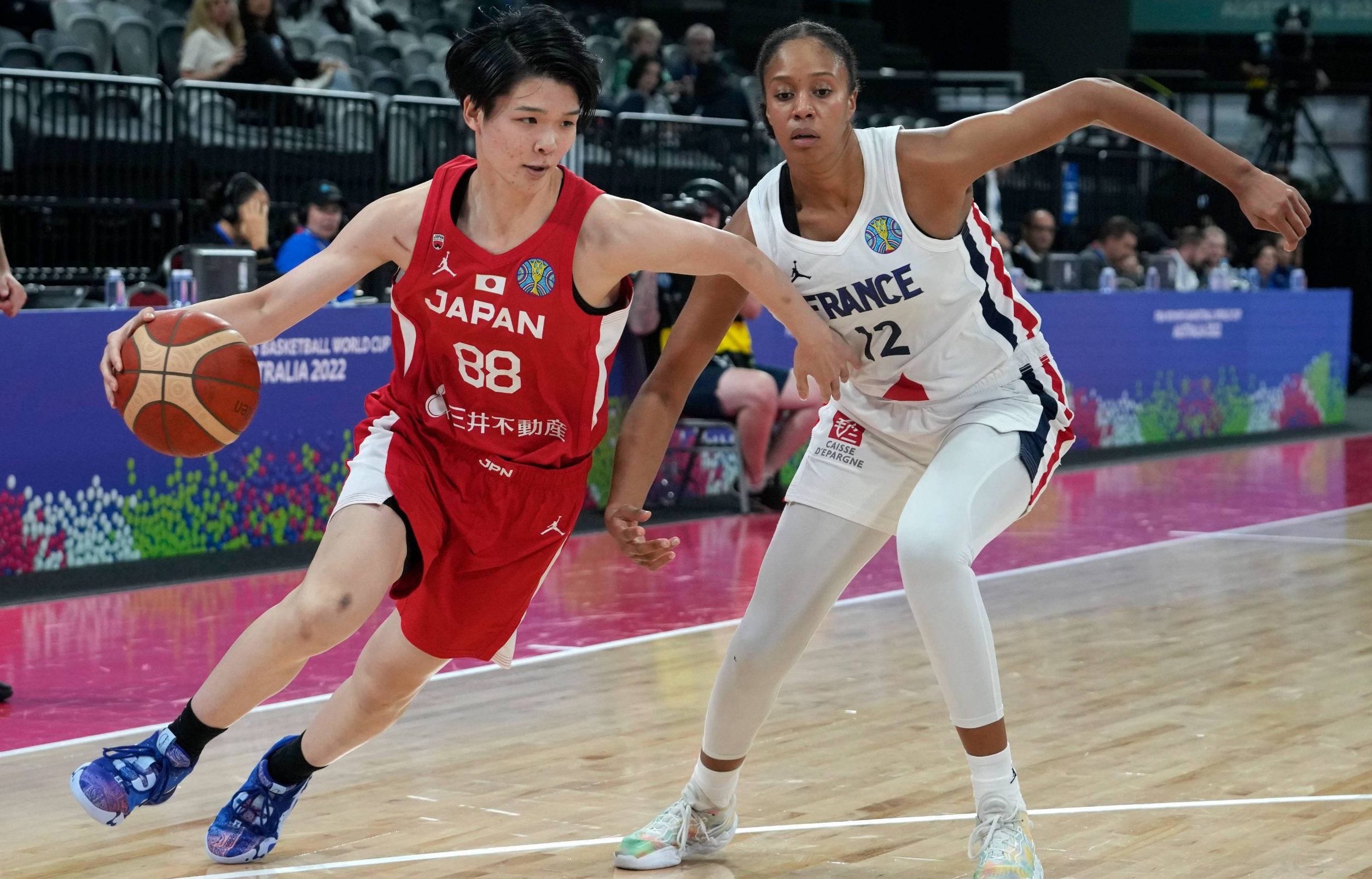 Japan's Himawari Akaho drives past France's Iliana Rupert in a Group B game at the 2022 FIBA Women's Basketball World Cup in Sydney on September 26. (Rick Rycroft/AP)

France cruised past Japan 67-53 in a 2022 FIBA Women’s Basketball World Cup group phase game on Monday, September 26, avenging a pair of losses to the host of the Tokyo Olympics.

Gabby Williams paced world No. 6 France with 16 points and Iliana Rupert added a double-double (15 points, 12 rebounds) in the Group B game in Sydney. Teammates Mamignan Toure and Marine Fauthoux chipped in with 13 and 10 points, respectively.

Eighth-ranked Japan, which trailed 16-5 after the opening quarter, lost its third consecutive group phase contest, falling to 1-3 at the 12-nation World Cup, which concludes on Saturday, October 1. The United States, the three-time reigning Olympic and three-time defending world champion, is the top team in Group A.

Coach Toru Onzuka‘s squad takes on tourney host and world No. 3 Australia on Tuesday, September 27 in its final group game, seeking to end its losing streak.

Saori Miyazaki had a team-high 13 points for Akatsuki Japan, which made 21 of 59 shots from the field. Aika Hirashita and Himawari Akaho scored nine points apiece. Maki Takada pulled down nine rebounds.