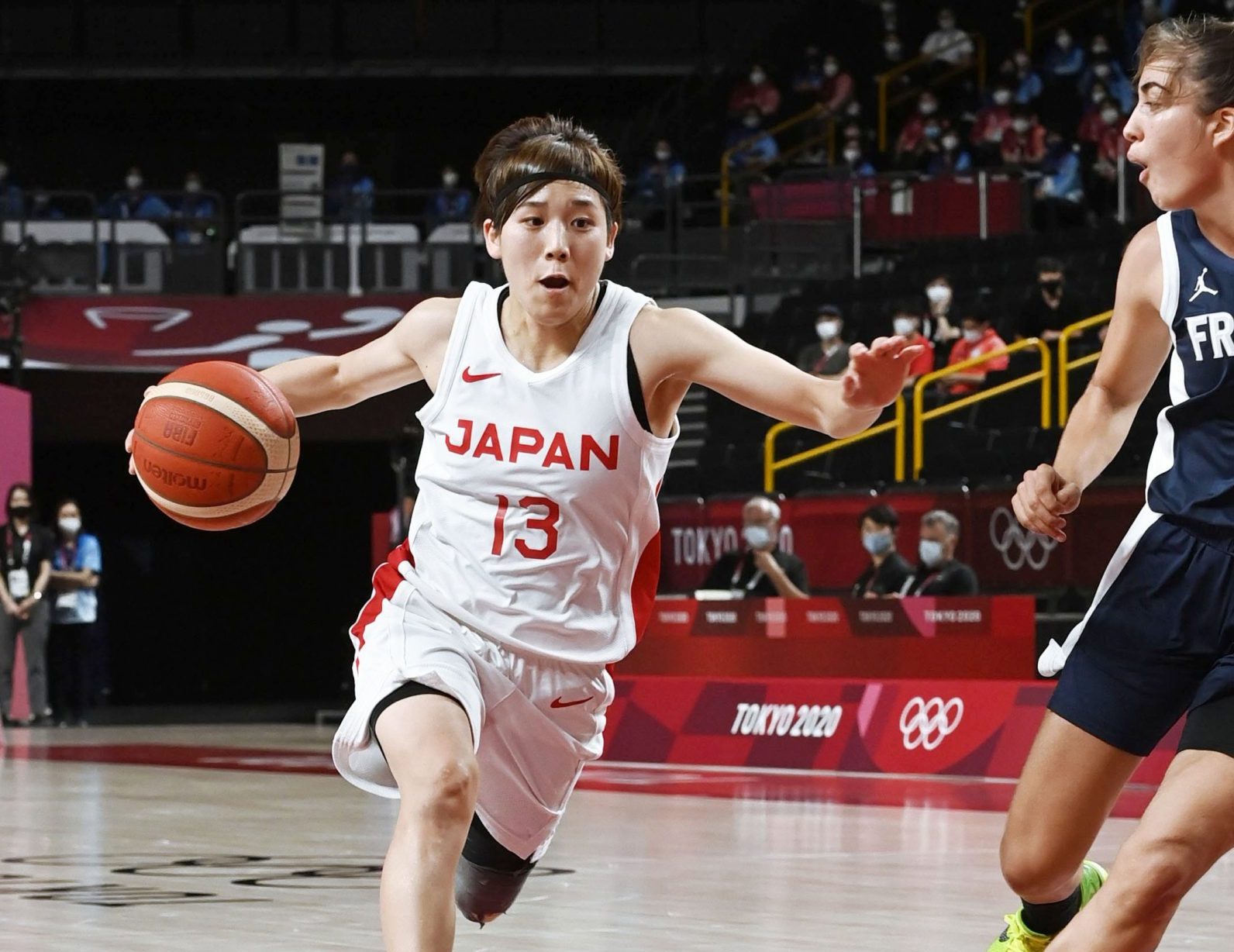 They sure know it now.

The Japan women’s national team point guard’s dynamic play during the Olympic tournament has elevated her status on the global basketball stage in a big way.

With Machida threading the needle on passes and directing the offense with flair and savvy acumen, world No. 10 Japan advanced to the tournament finale for the first time with a resounding 87-71 victory in the semifinals on Friday, August 6 at Saitama Super Arena.

Up next: Japan will face the six-time defending Olympic champion United States, which routed Serbia 79-58 in the earlier semifinal, on Sunday, August 8 in the tournament championship game. Tipoff is 11:30 a.m.

Before the focus shifts to the title match, a quick recap of Friday night’s magical performance: Machida, who had a nine-point outing, handed out an Olympic women’s basketball single-game record of 18 assists. It’s a sign of Machida’s trust in her teammates, and their absolute faith in her pass-making decisions. Japan knocked down 11 of 22 3-points shots, with eight players making one or more.

Japan led by as many as 27 points in the fourth quarter as the Akatsuki Five shocked the fifth-ranked French. It was the biggest victory in Japan women’s national team history, and the winners put their stamp on the game in the middle two quarters, when they scored 54 points and held France to 30.

The victorious Japanese players gathered in a huddle after the game, smiled, cheered for one another and then waved for the camera in their moment of glory. Afterward, head coach Tom Hovasse gave each of the players a high-five and hugged them one at a time.

“My goal is the gold medal so I will be doing the best within the team so we can collectively win,” Machida was quoted as saying by Kyodo News after the game.

After the game, Hovasse spoke on NHK about the team’s defense-first identity.

He said the game turned around when his team began hitting shots with regularity after a slow start in the opening quarter.

“It all starts out on defense for us,” Hovasse pointed out.

Japan outrebounded France 36-33, a telltale sign of its energy, which also translated to its overall defensive play. In addition, France was held to 47% shooting from the field.

Much has been written in recent days about Machida’s offensive playmaking. She also showed again in the semifinal a never-wavering commitment to defense.

People already knew all about Rui Hachimura, the Washington Wizards forward who stars for the Japan men’s national team. He is one of Japan’s biggest sports success stories of the 21st century, the nation’s first NBA first-round draft pick.

Yet throughout the past couple weeks, Machida, a 28-year-old Fujitsu Red Wave point guard, has become one of the biggest stories of the Olympics.

Machida entered the semifinal showdown with a tournament-leading 12.8 assists per game. In succession, she dished out 11, 11 and 15 in Group A preliminary round games against France, the United States and Nigeria, then handed out 14 against Belgium in a thrilling 86-85 victory for the Olympic host nation on Wednesday, August 4.

Noting that Machida’s passing feats have placed her in the Olympic record book ー she tied American great Teresa Edwards’ record for the most assists in a game on Monday, August 2 ー Hovasse summed up what she’s accomplished in the Olympic tournament this way: “That is amazing.”

Akaho said her team will play with revenge on its mind in its upcoming rematch against Team USA. She said the team will need “to play defense for 40 minutes” in an interview on NHK.

Captain Maki Takada called the Americans “a very strong team” in a brief interview that followed Akaho’s on the public broadcaster.

Japan excelled in the third quarter at building a sizable lead against its opponent, more than doubling its lead during the 10-minute period.

As a result, France faced a 68-50 deficit entering the fourth quarter.

Japan led 41-34 at halftime in the fast-paced game.

The hosts had an 18-4 advantage on fast-break points in the opening 20 minutes. What’s more, Hovasse’s club outscored France 24-16 in the paint in that time span.

Miyazawa was Japan’s leading scorer (nine points) in the opening half, with Takada and Akaho adding eight points apiece. Floor leader Machida registered nine assists in the first half.

For France, Sandrine Gruda had eight points before the break. She finished with a game-high 18.

After the game, Team USA coach Dawn Staley commented on her team’s performance.

“It wasn’t our best overall performance,” Staley acknowledged. “I thought we did a tremendous job defensively, just making it really hard for the Serbian team to get off clean looks. Offensively, I just thought we put enough points on the scoreboard to win. It wasn’t as clean and fluid as we would like, but at this stage of the game, you’re going to have to win a lot of different ways, and we found a way to win.”