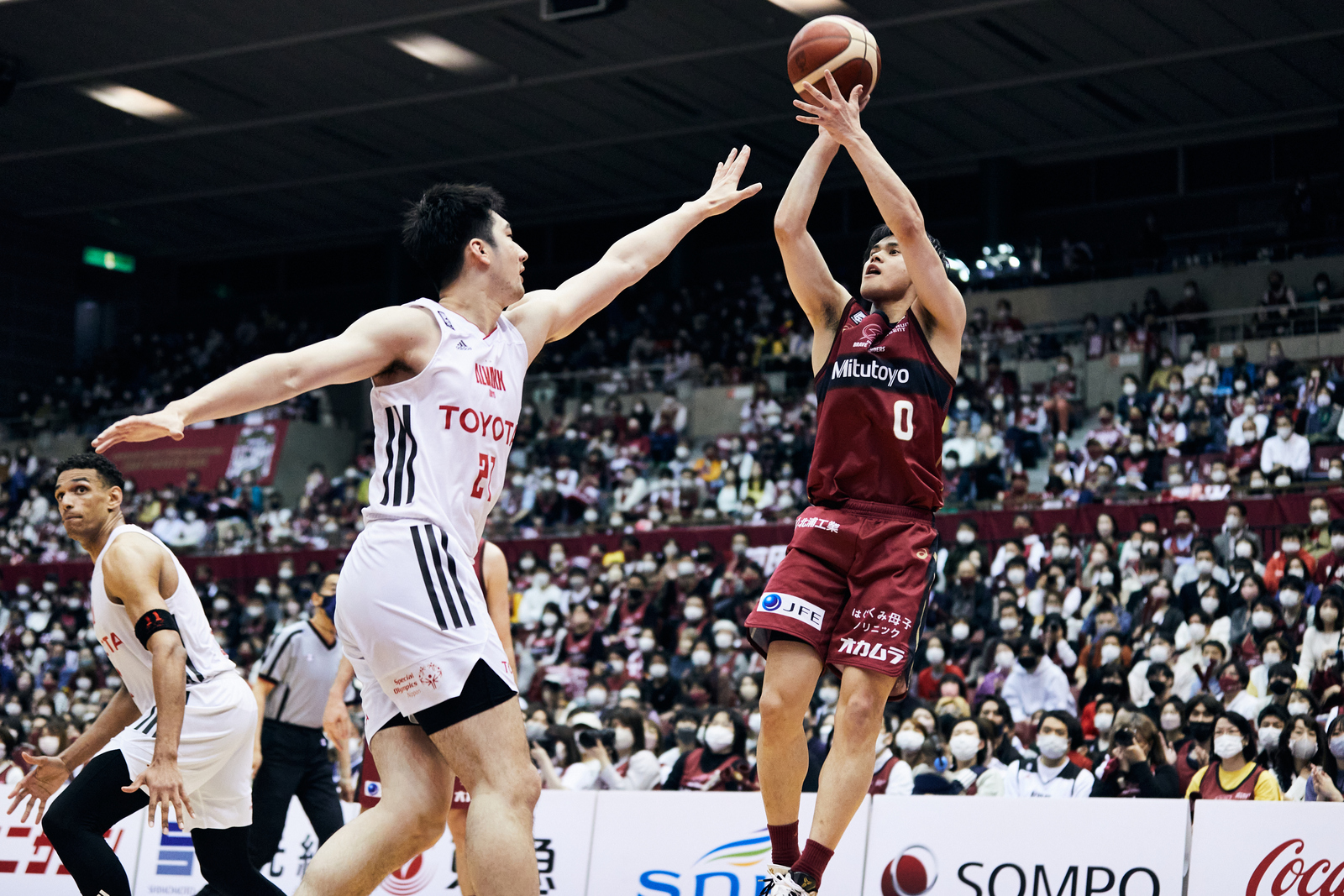 The Kawasaki Brave Thunders are playing high-caliber basketball as the B. League’s 2021-22 regular season inches closer to the finish line.

The Brave Thunders recorded an 85-53 home victory over the Alvark Tokyo on Sunday, May 1 at Todoroki Arena, extending their winning streak to five.

Kawasaki opened the game on a 29-0 run and led 31-2 after the opening quarter over the injury-riddled Alvark, who played without injured stars Alex Kirk and Ryan Rossiter.

By the end of the game, the Brave Thunders became the third B. League first-division club to pick up its 40th win this season.

Fazekas led all players with 11 points in the first quarter. The Alvark made 1 of 15 shots from the floor in the opening stanza.

Several weeks ago, the Ryukyu Golden Kings (47-6 through Sunday) became the first team to reach the 40-victory plateau.

The Shimane Susanoo Magic (40-14) notched victory No. 40 on Saturday against the Shiga Lakestars, winning 102-79 in Matsue, Shimane Prefecture.

In jumping out to the aforementioned 29-point lead, Heath, a former Canisius (New York) College player, said energy was the key catalyst for his team.

“Today we were talking about putting out energy from the start of the game, and I thought that led to the fact that we were able to keep our opponent to two points in the first quarter, and that was the reason for the victory,” said Heath, who’s in his third season with the Brave Thunders.

Kawasaki sits in second place in the East with a .755 winning percentage. The reigning champion Chiba Jets (33-9), who have played fewer games than all of the B. League first division’s 22 teams, are in first place. The Alvark (38-13, .745 winning percentage) are in third place.

All B1 teams are scheduled to play their final regular-season series on Saturday and Sunday, May 7-8 (see the matchups below).

If the Brave Thunders finish the regular season with two more victories, they will lock up the East’s second position in the final standings, securing the right to host playoff games in the quarterfinals and semifinals. The playoffs get underway on May 12.

“Now that we have a clear goal as a team, I think the team is able to concentrate and fight,” said Heath, who is averaging 11.3 points per game. “I think this goal is the way to win the championship.”

“We still have two games left, so we’ll do our best to win firmly and decide second place on our own,” Fuji, who’s averaging 13.7 points per game, told reporters.

Brave Thunders head coach Kenji Sato said his team’s performance was underscored by “the ability to concentrate and execute at the beginning.”

What else defined it?

“It is the result of talking before the game with the players, [saying] that many people are visiting the venue, and let’s express Kawasaki’s basketball that has grown so far from the beginning [of the season], I think,” the coach related.

Shuto Ando scored a team-best 16 points for the Alvark. Jordan Taylor added 10 points and Gen Hiraiwa, making his second start of the season, also scored 10 on 5-for-6 shooting.

By winning their 40th game on April 30, they’ve exceeded their overall performance from 2020-21 in a big way. The Susanoo Magic went 28-32 last season.

The Ryukyu Golden Kings avenged their series-opening loss to the host Nagoya Diamond Dolphins a day later on Sunday, May 1, winning 88-68.

In the rematch, Dwayne Evans paced the Golden Kings with a game-best 27 points on 12-for-16 shooting. Teammates Allen Durham and Jack Cooley each had 16 points. Guard Koh Flippin supplied five points and six assists. Flippin, who joined the team in the offseason after helping the Chiba Jets win the title last spring, also was a disruptive force on defense, finishing with six steals.

Here are the pairings for the last weekend of the regular season on May 7-8: