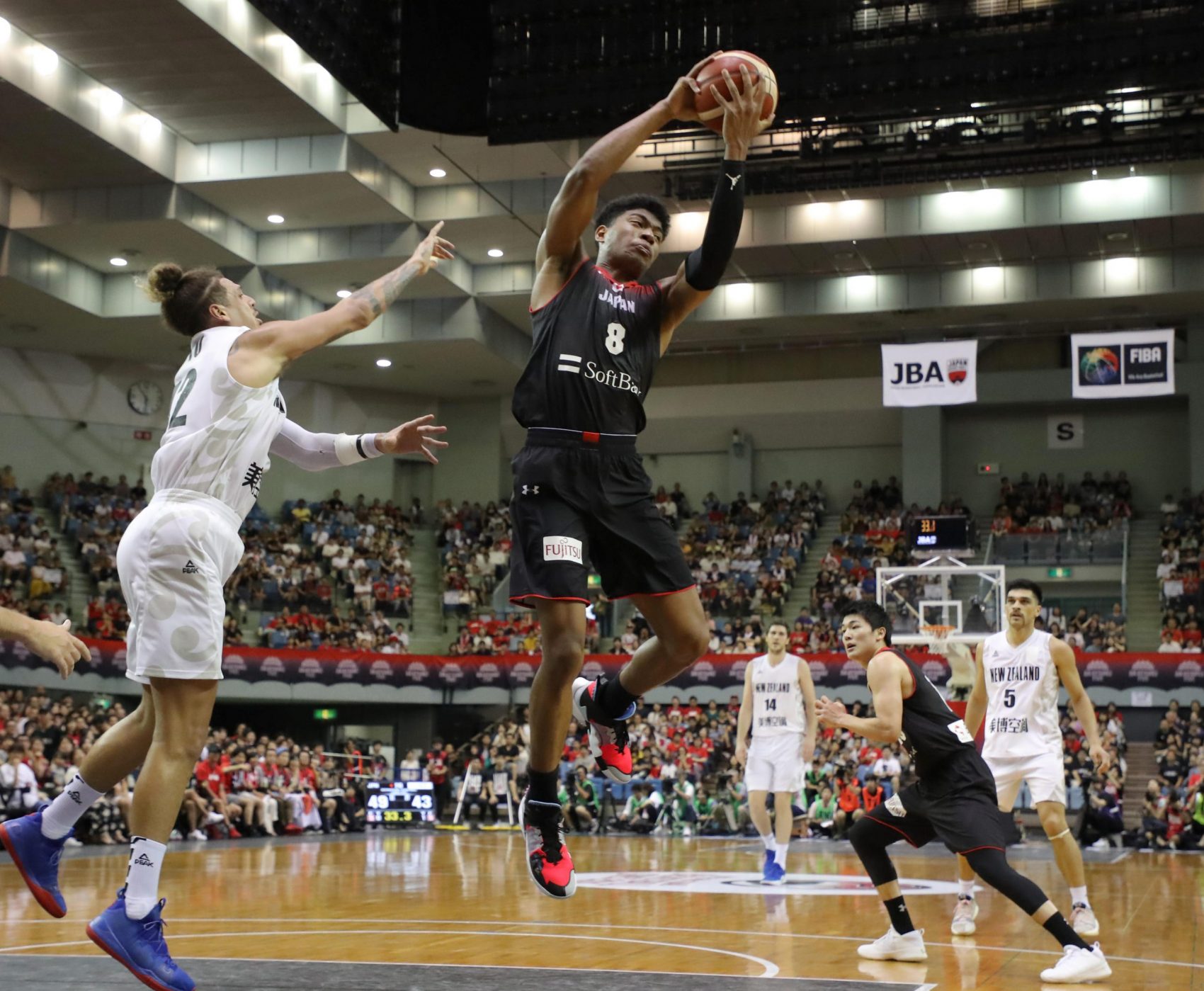 Japan will end its long drought in Olympic men’s basketball competition later this month, with a 12-man squad consisting of players all born long after the 1976 tournament concluded.

In its last Olympic appearance, the Japan men finished 11th out of 12 teams at the Montreal Summer Games.

The landscape of Japanese basketball has changed considerably since then, with Yuta Tabuse becoming the nation’s first player to reach the NBA in the 2003-04 season, followed by Watanabe and Hachimura over the past few years.

The fledgling B. League, entering its sixth season in the fall, has also consolidated the nation’s hoop talent and improved the competitive structure. The bulk of the national team is made up of top-level B. League players along with a few emerging stars.

Point guards Yuki Togashi (Chiba Jets) and Leo Vendrame (Sunrockers Shibuya) have both competed in the B. League playoffs over the past several years, save for the 2019-20 campaign when the postseason was canceled due to the global pandemic.

At shooting guard, Lamas selected Makoto Hiejima (Utsunomiya Brex), Daiki Tanaka (Alvark Tokyo) and 2020-21 B. League MVP Kosuke Kanamaru, who joined the Shimane Susanoo Magic this summer after spending eight seasons with the SeaHorses Mikawa (formerly known as the Aisin SeaHorses in the JBL and NBL eras). Tanaka is a two-time B. League champion (2017-18, 2018-19).

The crowded list of small forwards includes Hachimura and Yuta Watanabe along with Tenketsu Harimoto (Nagoya Diamond Dolphins) and Yudai Baba (who played for the Australian NBL champion Melbourne United this past season and was listed as a guard while Down Under; Baba, who began his career with the Alvark, also suited up for the NBA G League’s Texas Legends in 2019-20).

Lamas told reporters during an online news conference that Watanabe and Harimoto both possess good versatility, enabling him to use them at both forward positions.

On the same day, Hachimura and Yui Sasaki, a 50-kg women’s freestyle wrestler who’s considered a medal contender, were named Japan’s flagbearers for the Opening Ceremony on July 23 at the New National Stadium.

“The Tokyo Olympics are a stage that I have dreamed of for a long time. It is a huge honor to be given such a big role,” Hachimura said in a statement.

Hugh Watanabe is the team’s tallest player at 207 cm (about 6 feet, 9½ inches). The 22-year-old power forward, who played college ball at the University of Portland (2018-20) and the University of California-Davis (2020-21), is starting his pro career with the Ryukyu Golden Kings after the Olympics.

Another power forward, veteran star Gavin Edwards, beat out fellow naturalized citizen Ryan Rossiter (a longtime Brex player, he recently signed with the Alvark) for a spot on the Olympic squad. Edwards, a University of Connecticut alum, has played for the Jets since 2017.

“He [Edwards] was selected with the expectation that he would of course contribute to open shots, rebounds, pick-and-roll [plays] and defense,” Lamas told reporters.

Avi Koki Schafer (SeaHorses) is listed as the team’s lone center. The 23-year-old turned pro in 2019 and has made steady progress over the past few years.

In a changing of the guard on the national team, 36-year-old twins Joji and Kosuke Takeuchi were not selected for the Olympic squad. As college students 15 years ago, the 206-cm forwards suited up for Japan, then led by Croatian mentor Zeljko Pavlicevic, at the 2006 FIBA World Basketball Championship and have been key members of the team over the past decade and a half.

Lamas opted for a more youthful lineup. Edwards is the team’s oldest player at age 33.

“They are two players that I trust very much,” Lamas noted.

This year’s tourney will also have 12 teams, with three groups of four nations in the preliminary round.

Japan faces a tough road ahead in its quest to advance in the tournament. In Group C, the host nation is penciled in for a July 26 showdown with 2019 FIBA World Cup champion Spain, which is ranked second in the world. Japan is then set to face NBA superstar Luka Doncic and No. 16 Slovenia, the final nation to qualify, on July 29. A meeting with fourth-ranked Argentina, Lamas’ birth country, awaits on August 1.

Doncic sparked Slovenia to a 96-85 win over host Lithuania on July 4 to punch its ticket to the Tokyo Games. The Dallas Mavericks floor leader finished with 31 points, 11 rebounds and 13 assists.

Group A has Iran, the United States (the overwhelming favorite to win the gold), France and the Czech Republic. Group B teams are Australia, Germany, Italy and Nigeria.

The gold-medal game is set for August 8, the same day as the Closing Ceremony.

Lamas named a 10-man squad for the exhibition series. Hachimura is not scheduled to play in Okinawa.