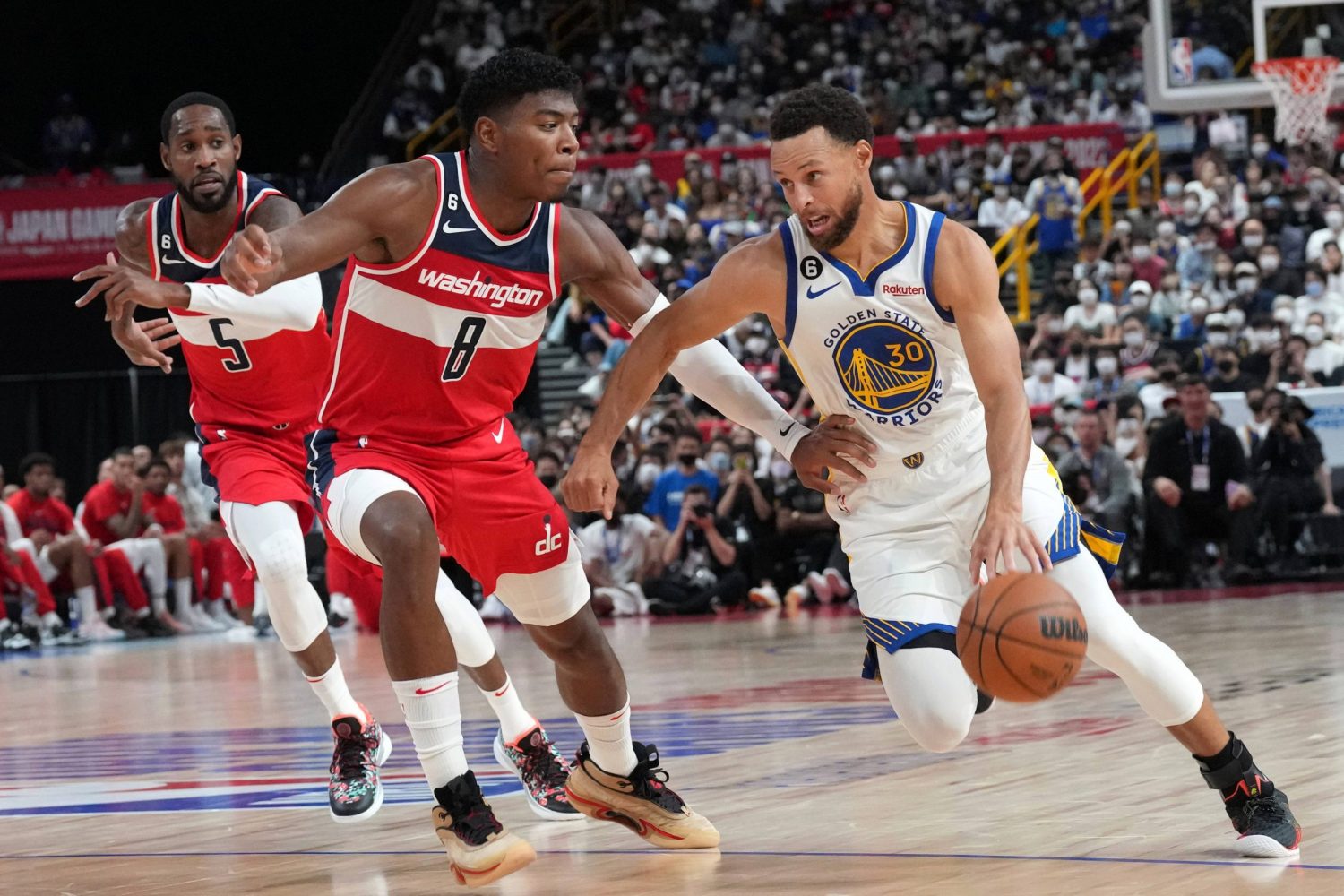 SAITAMA ― It’s a new season with new storylines, and in the grand scheme of things two preseason games are a minor footnote.

But the second of two NBA Japan Games 2022 on Sunday afternoon, October 2 provided another grand opportunity for the league to promote itself in Japan while two teams had another chance to continue their development for the 2022-23 campaign.

The Golden State Warriors closed out the fourth quarter with a 30-5 run against the Washington Wizards, erasing a 16-point deficit early in the final stanza and earning a pulse-rising 104-95 victory at Saitama Super Arena.

Stephen Curry, the 2022 NBA Finals MVP, paced the reigning champion Warriors with 17 points, all in the first half. Backup forward Patrick Baldwin Jr scored all 12 of his points in the second half, helping ignite the team’s comeback after it trailed 90-74 in the fourth.

“We were looking forward to this trip just because of the love for Tokyo and for Japan,” Curry said, “but also being able to hopefully leave a mark in terms of building hope and inspiration and joy for what sports brings to a lot of different people.”

Washington forward Rui Hachimura, the first Japanese-born, first-round NBA Draft pick, received enthusiastic support from the fans throughout the game. And he was thrilled to have this opportunity.