A scene from the theater play on North Korean abduction. 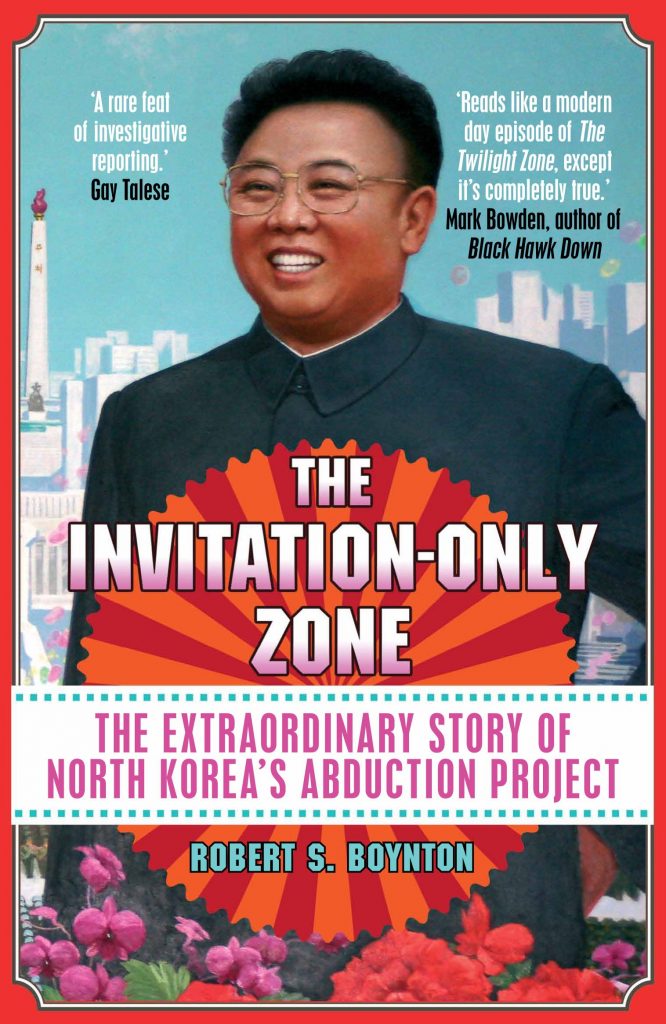 Beginning in 1977, North Korean operatives started abducting Japanese nationals. For several years, claims that some of the many disappearances in Japan in a given year were indeed North Korean abductions were accorded the same credibility as stories of humans being abducted by extraterrestrial aliens that used to feature in American supermarket tabloids.

Even after substantial evidence of abductions emerged, there was widespread skepticism in Japan. One noted Japanese left-wing scholar, Haruki Wada, dismissed the idea of abductions only days before the then-North Korean leader Kim Jong-Il admitted to 13 abductions, of whom five abductees were alive and, he alleged, eight dead.

Although there is some material in this book about the politics of the abduction issue, especially the negotiations behind Prime Minister Junichiro Koizumi’s September 7, 2002 trip to North Korea that led to the revelations and the return of five victims, this book is largely about a previously neglected subject: what it was like to live as an abductee in North Korea.

This book is a “good read” in the sense that articles in the New Yorker are usually a “good read,” and a large segment of this book did appear in the New Yorker (December 21, 2015). As such, it is not an academic treatise on the subject but rather a work that reflects what the author teaches at New York University, something he calls literary journalism.

As the author freely admits, he lacks the qualifications to produce an academic work on this subject, beginning with the issue of neither speaking nor reading Korean or Japanese. He has, however, made up for this by wide ranging interviews of those who lived in the “invitation only zones.” These include the United States Army defector Charles Jenkins, who married the Japanese abductee Hitomi Soga in 1980, the returned abductee Kaoru Hasuike, as well activists and others concerned with the abduction issue. Short of access to North Korean documents and operatives involved in the abductions, assuming both still exist, there is little more that the author could have done.

As described by the author, the “invitation-only zones” were residential areas that isolated the inhabitants from the general North Korean population, making them easy to control, while at the same time giving those in the zones a lifestyle considerably more comfortable than the general North Korean population. They are not prisons as such, but rather “gated communities” for the privileged, including favored North Koreans. As Boyton pointed out in a presentation at Sophia University on January 9th, 2017, “invitation-only” is a term ordinary North Koreans understand as “off limits.”

The preferential treatment given the abductees was part of a strategy used by the North Korean regime to win them over to the goals of the regime and to make them true believers in the official ideology of juche (self-reliance), first articulated in 1955 by Kim Il-sung, the founder of the North Korean regime and ruling dynasty. According to Boyton, the goals of the regime are reunification of Korea under North Korea and its political system, with a reunified Korea being the basis for achieving a worldwide socialist revolution.

Viewed from a contemporary perspective, both goals, particularly the second one, seem like hallucinations of the demented. As Bonyton points out, however, the abductions started in the late 1970s after a long period when North Korea enjoyed outstanding economic performance despite the destruction brought by the Korean War.

Moreover, before the fall of the Berlin Wall and the collapse of the Soviet Union, belief in not just the possibility but the inevitability of an international socialist revolution was to be found in the dreams of numerous left-wing intellectuals and the rhetoric of extreme left groups in a number of countries. It was probably not noticed at the time that the North was being overtaken by the South, or that Pyongyang had squandered the post-war advantage it had enjoyed due to its mineral resources and the industrial infrastructure the Japanese had created.

Even so, it is difficult to fathom what the North Korean regime sought to accomplish with its abductions of non-Koreans who were taken from a number of countries, not just Japan. If they wanted native speakers to teach Japanese, Japanese-born ethnic Koreans sympathetic to the regime would have served this purpose far better.

Kidnapping the then 13-year-old Megumi Yokota makes no sense whatsoever. Her language would have been that of a child not yet schooled in the complex situational Japanese of adult society. Others who were taken were not well-educated. Of the known abductees, Kaoru Hasuike was the notable exception.

Ultimately Boynton can do no more than list various suppositions as to what the regime sought to accomplish, including the almost certainly fanciful view of the American deserter Jenkins, who repeatedly asserted that the abductees were intended for a breeding program (p. 130).

Boynton thinks this program was initiated and directed by Kim Jong-il, who was head of the regime’s intelligence services at the time. Kim himself said that the abductions were “initiated by special mission organizations in the 1970s and 1980s, driven by blindly motivated patriotism and misguided heroism” (p. 191). This explanation is not, I think, one to be dismissed as self-serving.

The abductions could have been a case of what is called sontaku 忖度 in Japanese or doing what you think your superior would want without actually being given a specific directive.

There are some minor factual errors in the book. ROK President Park Chung-hee was an officer in the Manchukuo Imperial Army, not the Imperial Japanese Army, although this does not alter the fact that, like so many Koreans of his generation, he was not a victim of Japanese imperialism but an active collaborator in it (p. 42).

The number of Japanese-born ethnic Koreans with special permanent residency status rather than citizenship is on the order of 340,000, not 600,000 as stated in the text (pp. 229-230). They do not have citizenship because they chose not to naturalize, not because they cannot or because the process it difficult. Errors of this type do not, however, detract from the overall narrative.

A somewhat greater problem is the inclusion of several chapters that break the narrative. A case in point is the chapter entitled “The Meiji Moment: Japan Becomes Modern.” It deals with the role of the American Edward S. Morse, who nurtured the study of anthropology in Japan, and the subsequent role of Japanese anthropologists in providing academic rationales for the annexation of Korea.

This has little relation to the subject of the book and there is nothing exceptional about Japanese academics providing scholarly rationales for government policy. It is an ongoing pattern exemplified by the controversy over American psychologists rationalizing the use of torture in the interrogation of Guantanamo Bay prisoners. This wandering off-subject has also been noted in other reviews.

These points notwithstanding, the book is well worth reading. More than anything, it provides insight into the survival strategies of people who were forcibly transported from a very free society to what may be the most authoritarian, closed and controlled country currently in existence, one that makes the Brave New World described by Aldous Huxley seem open and liberal in comparison.

It is also a reminder that there is more to the North Korean regime than its missiles, nuclear weapons, bombast, and use of old English expressions, such as “dotard” to describe the American president. It is a regime that denies even the most limited of human rights, beginning with the freedom to leave the country and go elsewhere.

The book has been available in Japanese translation since August 1, 2017, but has received scant attention. This review was based on the English version and the author’s lecture based on the book on January 9, 2017, at the Sophia University Institute of Comparative Culture. 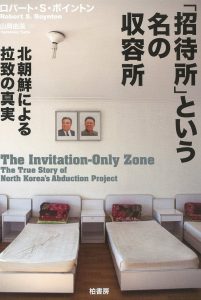