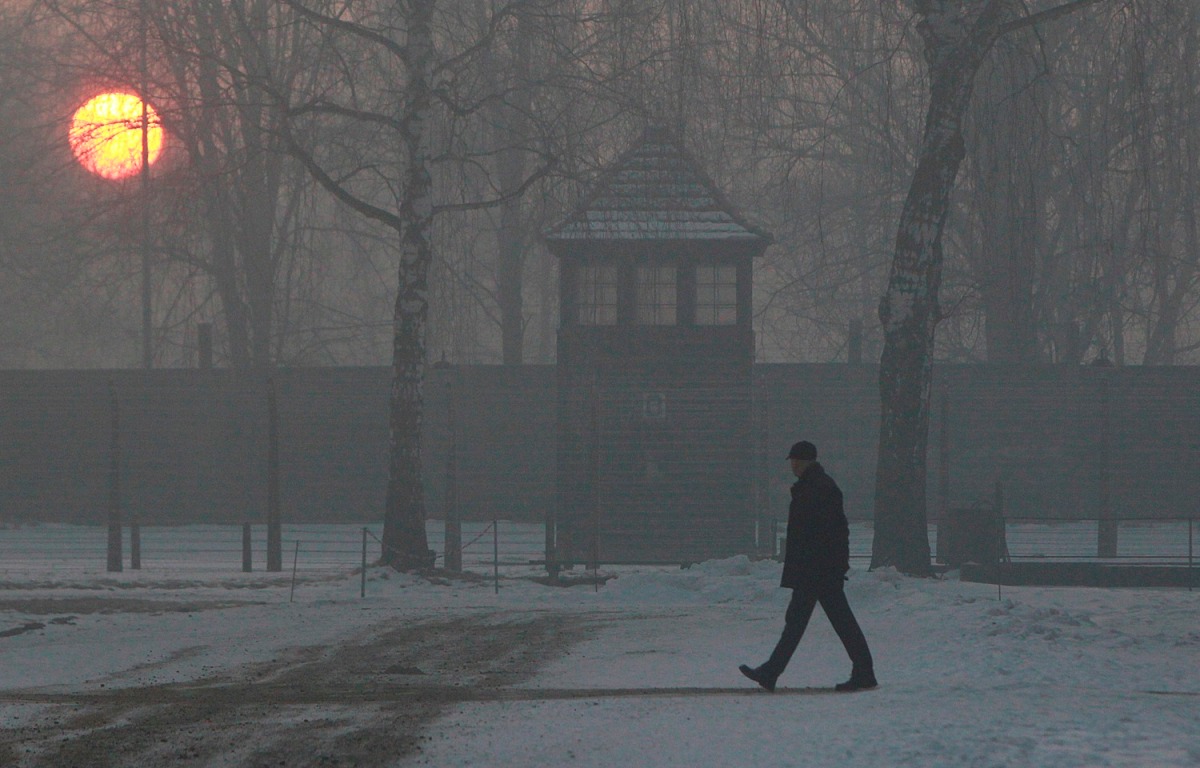 The “I-novel” is a staple of Japanese literature. Perfected by world-famous literary heavyweights such as Yukio Mishima and Osamu Dazai, the I-novel is a genre that allows an author to work freely in confessional mode while still behind the veil of fiction. There is a built-in tension to this approach—readers are never quite sure how much of the book is true, and how much is creative license.

Ayako Sono exploits this tension brilliantly in Miracles (Kiseki). First published in 1973, Miracles is, ostensibly, a two-hearted book about Maximilian Kolbe (1894-1941). In the first half of the book, Sono imagines Kolbe’s life, based upon letters, biographies, and other sources. Miracles follows his career from Franciscan novice in Lvov, Poland, through his work in founding and publishing a newsletter dedicated to Saint Mary in Europe and Japan, and, finally, to his imprisonment in Auschwitz and death.

It is here that the second half of the story begins. Martyred for his faith, Kolbe begins to channel miracles—maybe—on behalf of those who later pray for his intercession. Sono, a Catholic both in her own life and in her I-novel persona, is not sure and takes advantage of some free time following a conference in Ireland to visit key sites in Poland and Italy in order to get to the bottom of the key questions: Did he perform miracles to heal the sick? Was his volunteering to die in place of a condemned man at Auschwitz a sacrifice worth making? Do miracles and sacrifice really take place as we think they do? Do they exist at all?

Interlaced with this ambiguity—Sono never really tells us whether the purported miracles are just coincidences, or whether the man whose life Kolbe volunteered to save fully understood the meaning of Kolbe’s sacrifice—is the I-novel’s own blurred line between diarist and author. In Miracles, Sono is a simpleminded Catholic. She went to Catholic school in Japan and knows her catechism well enough, but her faith is tepid and on many points she is much closer to the camp of the skeptics than of the believers. She does not let Roman collars sway her shrewd judgment of character, and she reserves the right to make up her own mind as to whether the people she tracks down and interviews in Europe—those who had been touched by Kolbe the man or supposedly healed by Kolbe the martyr—are honest, crafty, or downright delusional.

The novel proceeds breezily, following Kolbe from place to place in his service to Saint Mary, and then following Sono around small villages in Europe in search of a starker portrait of the man and his death. Until page 199, that is. There, with the novel almost over, Sono drops a bombshell:

I almost forgot. I have a confession to make. The truth is, I don’t really believe there is an eternal life. I also don’t think it is possible to meet one’s death filled with the joy of gaining eternal life.

Wait a minute—An I-novel by a practicing Catholic about a quest to find the truth of a great saint’s lifetime of sacrifice and holiness ends with the author undermining her book’s narrative, its very premise, and the faith that makes it all hang together in the first place?

Perhaps Sono was being much coyer than we realized. What reads for some two hundred pages, as a journalistic, fairly conventional first-person travel volume, one not particularly distinguished by its theological depth, literary splendor (apart from some scattered passages when Sono gives the reins to her abundant descriptive talents), or philosophical rigor, turns out to be something entirely different than we imagined. Exactly, that is, like the life of the man on whom the book centers.

Working from Viktor Frankl’s book The Doctor and the Soul, Sono says that “there is a deeper, hidden meaning” to the suffering at Auschwitz.

This is the internal world that is completely unknown to the ‘next guy’ as they lay sleeping in their bunks, their lice-infested scarecrow bodies squished together like canned sardines. There is a solemn ‘internal world’ in the mere number of prisoners at Auschwitz. One person will shed light on this internal world and establish its place in eternity, thereby finding life in the midst of death and nothingness. Another person, lacking strength, will simply go to his death haunted by fear. […] There are people who never give up being human, no matter what circumstances they find themselves in. Father Kolbe was one of them. […] The only ones who understand the true meaning of what Father Kolbe did were Father Kolbe himself and God. [206-07]

This is a stunning development. Considering its ramifications purely for the genre in which it is couched, this quietism would seem to undo the fundaments of the I-novel. If we are all opaque to everyone but ourselves and God, then what is literature, especially confessional prose? Sono is fully aware of this, I believe, and even plays with it, for example by titling her first chapter “A Very Personal Preface.” (Personal in what way? Personal as the mask conceals? Personal as the confessor obfuscates? Personal as a confessional genre dismantles itself?)

But there is something even greater at work here. In the end, Sono transcends the I-novel within the context of the I-novel: for, Miracles is ultimately not about Sono or Kolbe or Auschwitz or a trip through the European countryside—it is about the economy of grace. The protagonist of this I-novel—entirely unlike those of Mishima or Dazai Osamu—is not Sono, but God.

There remains only God in his full radiance, his utter clarity; and over against him is the Flight into which all dimness and all ambiguity have been driven. The more the structure of the Flight expands and the more desperately it plunges onward, the more plainly stands before us the one who is alone: God. [241, quoting Max Picard, The Flight from God]

With this, the book ends, and the reader’s ruminations begin. Perhaps, Sono is not such a simpleminded, half-apostate Catholic after all.

Miracles is made available in English for the first time in the deft translation of Georgetown professor and veteran Japan scholar Kevin Doak. The true strength of Doak’s translation, especially for an I-novel, is that it is invisible. Within a handful of pages, I stopped trying to “see” the original through the palimpsest of the English rendition and became caught up in the meaning and movement of the book itself. Apart from a few very minor typographical errors—transposed letters, misplaced punctuation marks—this is a clean, precise, unpretentious, and highly readable translation job. The book is worth reading if only to witness a master translator practicing his craft.

But there is much more to recommend Miracles besides its technical competence. Hailed as a “minor classic” of Japanese literature, Miracles is a canny rethinking of its genre, as well as a highly informative account of Kolbe’s life and the cult and controversies which sprang up after his death. Miracles is Ayako Sono at her best—readers interested in Japanese literature, modern European history, Catholicism, the Holocaust, and even theology are encouraged to take advantage of Doak’s accessible translation and decide for themselves if Kolbe’s miracles are what they appear to be.

Jason Morgan is an assistant professor at Reitaku University