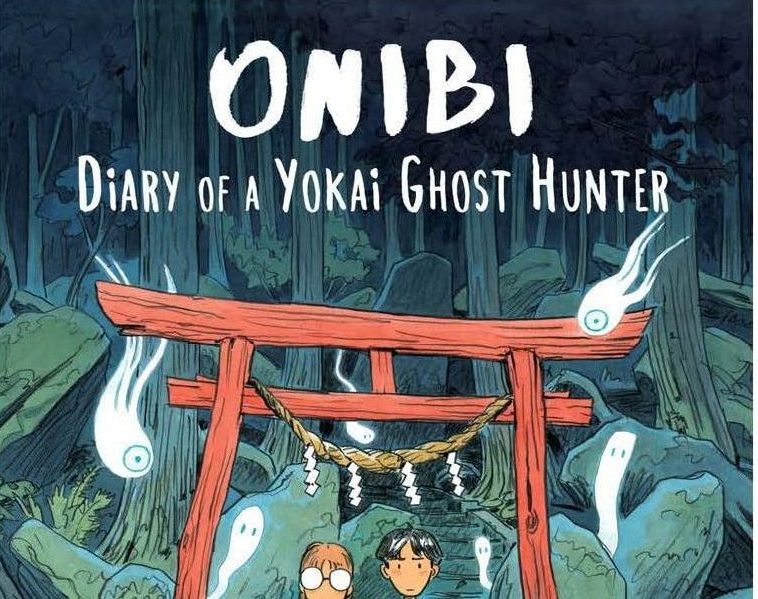 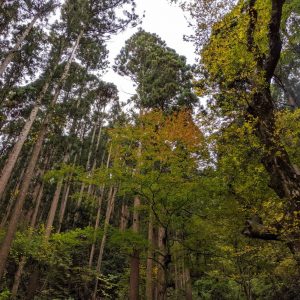 A forest full of yokai 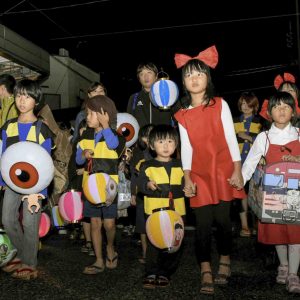 Children and the stories of the yokai 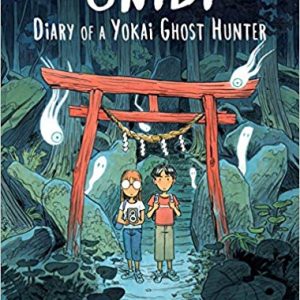 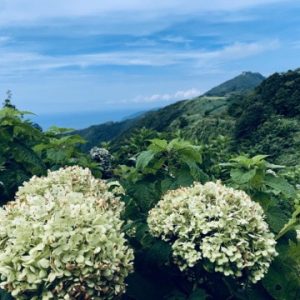 Are the white sparks natural or supernatural?

Yokai are part of Japan’s long culture and arts history 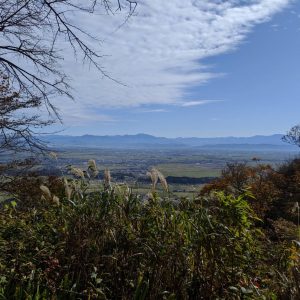 From as early as page one, the reader can see that Onibi: Diary of a Yokai Ghost Hunter is a genuine attempt by its French authors to share just a slice of the fun and giddiness they experienced in their romp through Niigata Prefecture, and beyond.

Onibi, for those unaware, are the small, wil-o-wisp-type balls of light that are said to be seen preceding a yokai’s appearance, according to Japanese folklore. It’s a good title, as the reader is tugged through a series of supernatural encounters that teeter between our world and the ghostly domain that lingers beyond and, sometimes, right alongside.

Cecile and Oliver are our protagonists, and no effort is made whatsoever to disguise that they are complete stand-ins for the authors, Cecile Brun and Oliver Pichard.

Brun and Pichard are from France and wrote Onibi under the pen name “Atelier Sento.” They dedicated the book to the people they met on one of their trips to Niigata in 2014. “They welcomed us with overwhelming generosity and helped us discover the region and its secrets,” the dedication says.

Onibi is a children’s comic book through and through, but that is not a remark against the quality of the work.

“Diary” was a good choice for how to describe the format. I never once was waiting for an overarching storyline to come to a head, nor was I thinking too hard about where the story would lead next. Instead, I was soaking in every individual moment as it was presented to me, forgetting about chapters past and future, and worrying only about the situation Cecile and Oliver found themselves in now.

The fictionalized duo’s background is left largely unexplained. They are definitely tourists — surprised by relatively common sights in Japan, such as in-car television and gourmet onigiri (rice balls). But they are also far from clueless about the country. They use the buses and trains with absolute ease and know where to find the best small, local festivals. In fact, reading Onibi through the eyes of these two travelers, I felt a keen sense of envy.

Showcasing the Charms of Niigata Through Ghost Stories

Our protagonists are careless nomads that travel wherever and whenever they want. Their resources and time are seemingly bottomless, evidenced in the first chapter by Cecile’s enthusiasm for spending ¥100,000 JPY on a plastic toy camera.

Their accommodations — a tatami-floored house with sliding paper doors, a full kitchen, and a garden area — is seemingly provided for them free of charge by their hosts, or at least cheaply enough that the months of rent do not affect them enough to even warrant mentioning. In fact, at the beginning they explain that they didn’t even plan on returning to Japan for this extremely extended vacation — they were guilted into it by their host family, and hopped on a plane with a week’s notice.

If Cecile Brun and Oliver Pichard’s intention was to show as much of Niigata Prefecture as they could, and to make the stories of these yokai hunters as fun as possible, they provided themselves with the most efficient backdrop.  No emotional interpersonal drama. This story is about the yokai.

The main book is split into roughly eight chapters, each telling the story of how Cecile and Oliver decided to use an exposure of their precious yokai film.

Sometimes, they are explicitly looking for an infamous yokai they’ve heard lurks in the area. Other times, Cecile and Oliver just want to attend a local festival and the yokai-hunting opportunity falls into their laps unexpectedly.

The story ends as our hunters are in the air returning to their home in France, so we never have the opportunity to see them develop the film for themselves.

A Story Told in Art, as well as Words

However, the end of each vignette shows the audience what was captured. The pictures taken are presented as actual photographs, unlike the penciled art of the main story. The photographs have been digitally altered to include rather spooky creatures and otherworldly beings floating within the film — or maybe they haven’t been altered at all?

The art of onibi is wholly unique. Using a mix of watercolors, print-making, colored pencils, and more, the artists have rendered Japan in a style all their own. It’s neither Western nor Eastern. Japanese characters’ faces are rendered angular and sharp. Their features are drawn more realistically, emphasizing their face structures.

Meanwhile, the French pair look somewhere between Crayon Shin-chan and Studio Ghibli. Their faces are cartoonish and simplified. Cecile’s glasses are all-white, and Oliver’s eyes are simple black dots. They open their mouths to unhuman proportions as they eagerly munch their delicious onion curry.

Sometimes they have no mouth at all. I can only assume this is because Cecile and Oliver are not the focus of this story. They are just the perspective through which we get to see the real star of the book: Japan, its nature, its people, and its monsters.

Niigata residents who have lived in the prefecture for a while will find their heads nodding on a swivel as they tell themselves “I’ve been there” on repeat. Prefecture landmarks, such as Yahiko Mountain and Niigata City’s Furumachi, are rendered clearly enough to be instantly recognizable without becoming glorified postcards for the tourism bureau.

During the chapter set in Yahiko, it was the small details that jumped out at me as the most authentic. Cecile and Oliver stopped at the base of the mountain where Japanese hikers have gathered to eat oden at a humble, rickety shack that I have passed countless times. They stop halfway up the mountain to drink from the mountain spring where thirsty hikers can find small tin cups to use communally.

Highlighted by these little touches, the inexplicable and folksy charm of Niigata drips off the page.

I finished Onibi in less than an hour, and that was taking my time to examine every nook and cranny of its frames for recognizable Niigata landmarks. I scrutinized the “extras” section with maps of Niigata and real life photos of the authors — and the people they met along the way — in the back of the book.

For a grown-up, Onibi is not going to be a particularly compelling narrative. It’s short and it’s simple. However, the art is vibrant and full of emotion. Niigata residents in particular will smile with delight to see their hometown so lovingly rendered.

If you live near Niigata, are planning a trip there, or just love local folk stories, give Onibi a read. This short, snappy book is essential for fans of Japanese ghost stories, those who enjoy a bit of mildly spooky intrigue, and people looking for a little taste of Japanese small-town culture through a foreigner lens.

To Purchase the Book: From the publisher’s website, here, or from Amazon, here.