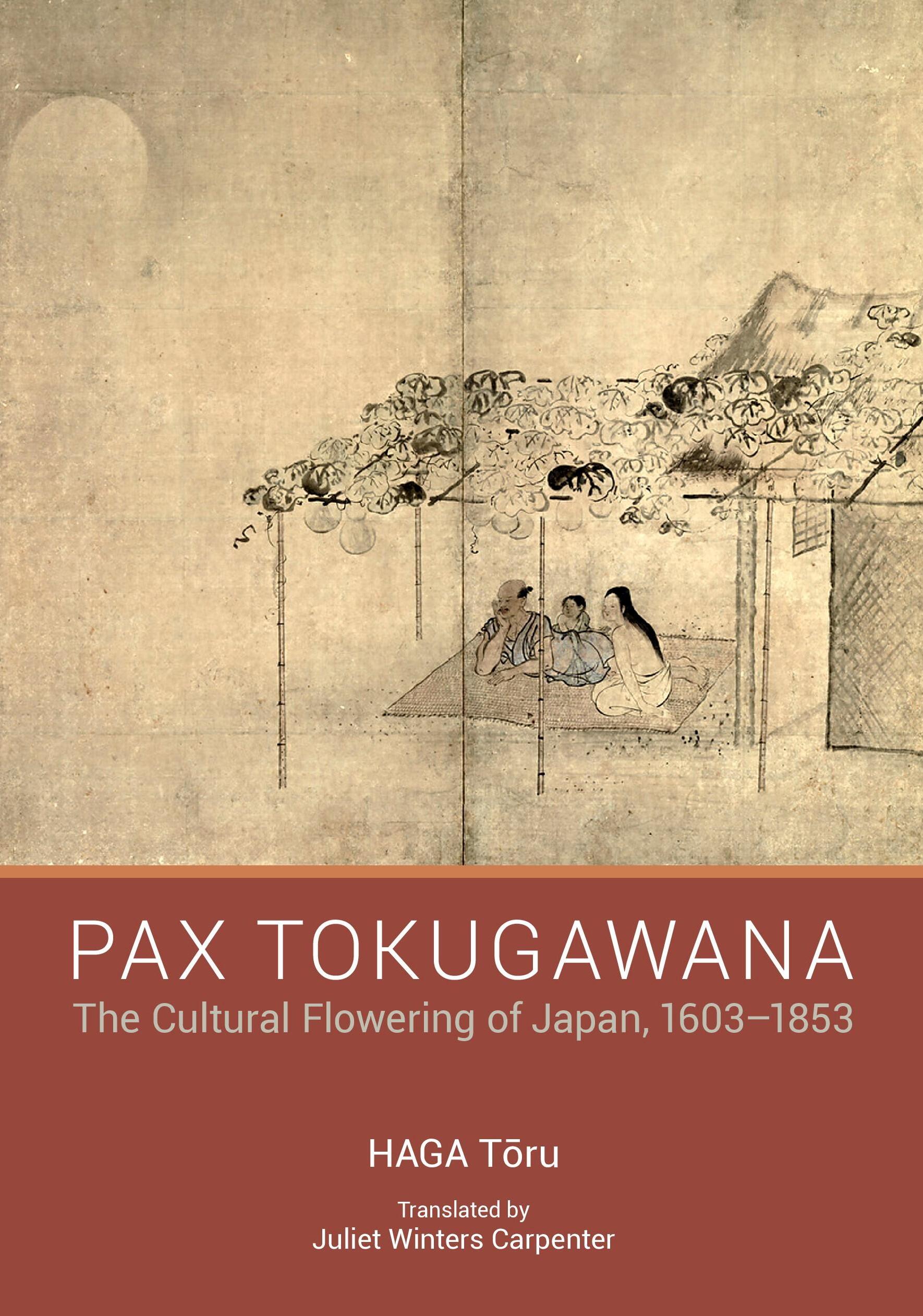 This is a book to be savored. Tōru Haga, a recently deceased professor of literature at the University of Tokyo sets as his mission to rescue Tokugawa Japan from the dismissive view that it was merely a dark age before the Meiji era, even citing a Japanese novel Yoake mae (Before the Dawn)(Shinchosha, 1954) as creating the impression that enlightenment came to Japan with the arrival of Commodore Matthew Perry’s black ships in 1853.

The title derives from Haga’s conviction that the Tokugawa era was a complete, and very successful, civilization in itself, with significant similarities to Pax Romana. And, he argues, just as Western civilization grew organically from the template created by Rome, so the Meiji era derived much from its predecessor.

Haga is aware that there are notable differences as well, pointing out that nowhere in Japanese paintings do we find the equivalent of Roman palaces, temples, or grand monuments, or the Roman empire’s  limitless quest for expansion. He depicts Tokugawa Japan as the equivalent of living in a small hut that is the polar opposite of the Palace of Versailles, in which happiness is human-sized.  He illustrates the point with a poem, excerpted here:

In buried embers my name fades away.

Not an empire but a hut at the end of an alleyway, and in it the warm glow of buried embers: not conquest but the awareness of the impermanence of all things, mono no aware.

Haga’s wise yet playful imagination introduces the reader to many of the illuminati of the period, asking, for example, that they accompany him on a spaceship to meet some of his chosen subjects.

The book is arranged in discrete chapters that introduce the reader to different, roughly chronologically arranged, aspects of the Tokugawa era, beginning with the folding screens of scenes in and around Kyoto of the first half of the sixteenth century. Here, against the backdrop of the Kamo river and the Higashiyama hills, we see children playing, a woman alighting from a palanquin, merchants offering their wares, and ordinary people dancing wildly to the accompaniment of flutes and drums.

The color plates with their meticulous attention to detail are a joy to behold, with the dancers seeming to shout out the catchword of their time, Izaya kabukan!— “Come let’s be crazy!” Haga urges the reader to imagine themselves in a time machine high above the ground, looking down over 17th and 18th century Japan to observe the calm and tranquility.

Most of the author’s subjects are more serious. We meet, for example, Ekiken Kaibara, whose lifelong curiosity about people and nature enabled him to produce detailed gazetteers based on his travels while also cultivating flowers, fruit, and vegetables in his own garden so that he could use them in experiments. Gempaku Sugita, whose stunningly accurate drawings of Dutch books of anatomy, even before he had the ability to translate the accompanying text, enabled him to produce a book on the coming of Western science to Japan. Kazan Watanabe, a celebrated artist who later added exquisite sketches of insects and fish to his repertoire, added much to the nascent field of natural history studies.

Haga also finds pleasure in discoursing on a wide range of paintings, for example, that of an elderly scholar contemplating his life, an ordinary rural family relaxing in the cool of their garden on an autumn evening, small birds in flight, or passengers on a boat down the Yodo river. Each is accompanied by an appropriate poem. The subjects range from the idyllic to the slightly ribald: a curious puppy, Mount Fuji seen from beyond pine trees, and even a curious 18th century fascination with flatulence, this last presented in rather more detail than some readers may find tasteful,

Haga’s erudition as well as his delight in his subjects are manifest in his comparisons with Western scholars. Gempaku’s acceptance of the life he has lived into old age is, says Haga, remarkably similar to Goethe’s Heiterheit, spiritual serenity. Goya’s portrayal of the Little Ice Age in Europe is likened to accounts of a similar occurrence in Japan.  After a discussion of a scroll painting in which two gods dance with energy that makes the heavens roll and the earth move, he opines that Picasso might well have felt daunted and laid down his brush for a while, and had Matisse been shown the elegantly spaced out stillness and motion of a painting of nine dancers he would have been full of praise.

The book closes with a helpful chronology spanning the period from 1521 to 1871 which enables the reader to more easily experience the flow of creativity during the era.

While Haga is persuasive, one must question whether the era was as idyllic as portrayed. The book’s introduction, by his also learned son, Mitsuru Haga, a professor at Tohoku University, sometimes seems over the top in its praise, although it is indeed true that no emperor was ever unseated for moral turpitude as in China, nor has there been anything like the French revolution “glorified in a truly barbaric national anthem.”

Still, describing the Tokugawa era as “cocooned in a protracted peace” ignores its dark side. The executions following the quelling of the 17th century Shimabara Rebellion make the guillotine look benign by comparison.

One of Haga’s subjects, the illustrator Kazan Watanabe, who was critical of the shogun, was spared the death penalty but then committed suicide after several years of house arrest. Another, the priest Giovanni Sidotti, became permanently lame after being confined to a palanquin for over a month and unable to see outside; he was later executed for having baptized a husband and wife.

Even the passengers on the Yodo river boat had an alarming encounter when joined by a boisterous crowd of ill-behaved young men. And the pleasure quarter may have been pleasurable for those who could afford to frequent it, but the lives of the women who served them, often sold into bondage by their impoverished families, tended to be miserable and often cut short by diseases they contracted there.

That the Tokugawa may not have been as close to perfection as portrayed should not detract us from its accomplishments: Haga makes his case persuasively. His lyrical prose and the often elusive nuances of his subject matter must have been daunting to translate. Fortunately, Juliet Winters Carpenter, a professor Emerita at Doshisha Women’s College of Liberal Arts, is more than equal to the task: the book is a joy to read, and re-read.

To learn more about the book, see this website.