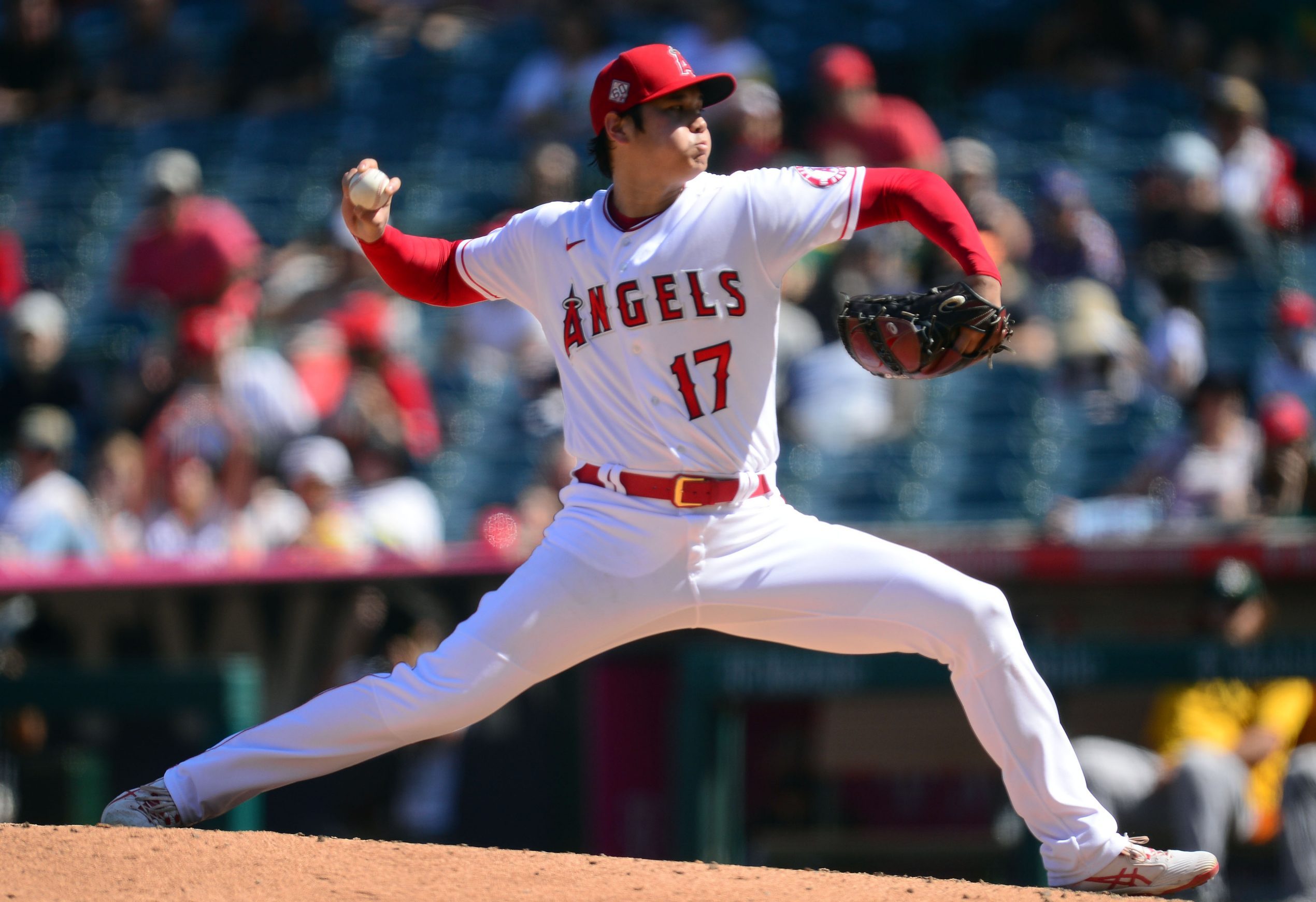 Shohei Ohtani delivered a robust pitching performance in his delayed 22nd start of the season while easing concerns about his physical condition.

Ohtani matched a season high with 10 strikeouts over eight innings in the weekend series finale against the Oakland Athletics on Sunday, September 19. The pride of Oshu, Iwate Prefecture, threw 108 pitches (72 for strikes) and relied heavily on his deceptive split-fingered fastball in a start that was pushed back two days after he experienced a sore arm while playing catch earlier in the week

The 27-year-old scattered five hits and walked three batters in the Los Angeles Angels’ 3-2 loss in 10 innings at Angel Stadium.

In the 10th, the A’s scored a run off reliever Raisel Iglesias (7-5) on a Jed Lowie sacrifice fly to complete the series sweep.

Ohtani (9-2) allowed two runs on a pair of solo home runs. Catcher Yan Gomes went deep off Ohtani with no outs in the third inning and third baseman Matt Chapman clubbed a one-out blast in the fourth.

“Overall I felt good with all my pitches command-wise,” Ohtani told reporters. “Just those two pitches I gave up for homers were very regrettable. I’ve been giving up those solo shots a lot recently. It’s something I have to work on.”

Ohtani reached 99 mph (159.3 kph) on the radar gun on his fastest pitch of the game, doing so in the eighth inning as Chapman whiffed on his 106th pitch of the day, a splitter. He threw a season-high 55 splitters, according to published reports.

The American League All-Star pitched eight innings for the second time in his MLB career. He also worked eight frames against the Detroit Tigers on August 18.

The hard-throwing right-hander had 10 Ks against the Houston Astros on May 11 in a seven-inning outing and 10 against the Seattle Marines in six innings on June 4.

Ohtani’s previous start was on September 10, when he gave up six runs and nine hits in 3⅓ innings in a 10-5 loss to the Astros.

Batting second in the Angels lineup on Sunday, Ohtani was hitless in two at-bats. He walked twice and reached base twice on walks. He is third in the majors with 44 home runs this season, trailing Toronto Blue Jays slugger Vladimir Guerrero Jr. (46) and Kansas City Royals star Salvador Perez (45).

For Ohtani, his latest start was a positive learning experience, he said.

“I need to keep on throwing, and every time I throw I learn something and I’m getting better,” Ohtani was quoted as saying through a translator by The Associated Press. “I want to be pitching next year and beyond so this whole experience from this year is going to help me down the road.”

Speaking about his pitching duties with the Angels (72-76), who have been eliminated from postseason contention, he added: “It’s been hard to keep the motivation up being out of the playoff race like this.”

“He has a great feel for what he’s doing out there and makes adjustments constantly,” Maddon said, according to The Associated Press. “But the biggest difference from when I saw him first last year to now is overall command of his pitches — all of them, but primarily the fastball.”