BOOK REVIEW | ‘The Merchant’s Tale: Yokohama and the Transformation of Japan’ by Simon Partner 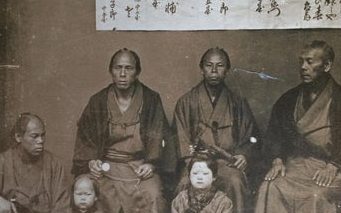 It is a well-known story that Japan’s transformation from a largely closed nation, sakoku, into a powerful international presence in such a short period of time has alarmed the Western powers that had forced the opening. While historians have given due credit to the elite-level politics of the Meiji Restoration, such as the genro elder statesmen who wrote the country’s first constitution, instituted universal education and transformed the military, far less is known about the equally important roles that ordinary people played in effecting these changes.

Partner’s beautifully written book does just this, presenting Japan as seen through the life of an everyman merchant, Shinohara Chūemon. The author explains that he chose Chūemon as his protagonist because of the many letters he wrote ― 367 of them between 1859 and 1873, carefully preserved by his descendants and made available to Partner. Partner has supplemented these with diaries kept by Westerner residents in the area at the time and by local archival records. What emerges is a rich, multi-layered portrait of a society in rapid change.

Fresh Eyes on the Opening of Japan

When we first meet Chūemon, he is 50 years old ― retirement age at the time ― well-respected in his village, prosperous, and the father of six. Yet, for reasons unknown, he sets off for Edo, the capital of the Tokugawa shoguns, to request permission to open a shop in a town that does not yet exist, to begin trading with foreigners who might not arrive and, if they do, speak a language that is unknown to him. Even assuming things go well, he cannot know what they will buy or in what quantities.

Having received the requisite permission, Chūemon goes to the area set aside for trade at Yokohama, and, using borrowed money, builds his shop. Tellingly, he names it Kōshūya, in honor of his native province, now called Yamanishi. As Partner observes, discussing the emergence of a Japanese national identity near the end of his book, Chūemon continues to the end of his life to identify himself as a man of Kōshū, and only after long contact with foreigners comes to use “Japanese” to distinguish himself from them.

What Chūemon finds in Yokohama is a brand new and meticulously planned city, developed expressly for foreign residents roughly along the lines of China’s treaty ports, but far more carefully regulated. Opium, for example, is strictly prohibited, as are hunting, the export of rice and other staples.

The commissioners’ plan is designed to isolate the foreigners in a guarded location as far as possible from the mainstream of Japanese commercial and social activities, while satisfying all their creature comforts. It is a gilded cage from which their movements can be carefully observed.

Marshes are drained and grand buildings constructed. Mutual misunderstandings develop, as do mechanisms to manage them, with a diplomat describing the shogunal administrative system as “a complicated machinery, so nicely balanced that, as everybody watches everybody, no individual can escape paying the penalty to society of any injury he may attempt to inflict upon it.” (p. 44)

While most residents, Japanese and foreign, generally behave themselves, quite a few, especially transient sailors, are overly fond of alcohol. Images of inebriated foreigners are a favorite with Yokohama artists. A British official observes that doroken is one of the few foreign words that nearly all Japanese understand. (p. 53)

Partner’s prose recreates the sights, sounds, and even smells of the city in a vivid you-are-there manner, illustrated by numerous contemporary photographs, woodblock prints, and maps. In essence, the processes of economic, cultural, technical, and human exchange that took place in Yokohama were creating a new understanding of the world and of Japan’s place within it.

Merchants Connecting to the World

Yokohama connected Japan to the global network of markets and commerce. The city prospered, and Chūemon with it, albeit skating between bankruptcy and prosperity as he and his fellow merchants learned to cope with the vicissitudes of international markets. A failure of crops in Italy increased demand for the silk eggs that were an important part of their business, while news of the impressive Prussian victory at the Battle of Sedan and subsequent siege of Paris meant that French demand would plummet.

Chūemon proved adept at exploiting the gap between prices in his hometown and the global market, employing fast runners, hikyaku, to keep ahead of the competition in an era where the telegraph had yet to be introduced. He also discovered the value of diversified products so that a failure in an area such as silk could be compensated for by his businesses in cotton, charcoal, squid, and other commodities. He even opened an inn and a tailor shop.

Even these could not always prevent downturns. In addition to the unpredictability of international markets, there was domestic unrest, much of it engendered by the sonnō jōi (revere the emperor, expel the foreigners) movement and the anti-shogun activities of the Satsuma and Mito clans.

There were as well inclement weather, family issues, illness, and the ever-present threat of fire. At one point, Chūemon is forced to sell his wife’s kimonos to pay his debts. Despite these setbacks, he struggles on, looking for and finding new opportunities. He writes excitedly at being present at the opening of the Tokyo-Yokohama railroad, with the Meiji emperor in attendance, and of the other changes he witnesses, apparently finding no difficulty in transferring his allegiance from shogun to emperor.

In 1872, the Shinowara family travels to the capital to have a photograph taken, the men in Tokugawa topknots and formal kimono. In a surely unconscious symbol of the hybridization of the traditional and the Western, one son holds a Western-style pocket watch while another wears a samurai sword ― the latter actually a small gesture of defiance, since commoners are explicitly prohibited from carrying them.

Context of the Time

The next year, the flow of letters stopped. Other sources indicate that Chūemon left Yokohama to pursue other enterprises, and that by the time of his death in 1891, aged 82, he was back in his home village. There, his great-great-grandson lives today in the ancestral home and farms the same land, a stone’s throw from the patriarch’s grave in Senryūji Temple.

It may be asked if Chūemon was unique, apart from being a prolific letter-writer. Probably not.

As Partner points out, by the mid-19th century, commercial growth and the concentration of wealth had placed substantial capital surpluses in the hands of an emerging class of wealthy farmer-merchants known as the gōnō. Surviving records indicate that many wealthy villages operated local and regional money-lending businesses on a large scale. While some of this went to needy residents and tenant farmers, they preferred good prospects, and were willing to wait reasonable amounts of time when debts could not be paid, as they did several times for Chūemon.

The big three merchants who dominated 50% of Yokohama’s silk trade by the end of the 1860s all came from provincial or rural backgrounds. The goal was not simply to enrich one's own family, but to increase the prosperity of one’s community. Conditions in Yokohama favored those who were flexible, entrepreneurial, and ambitious. Elite hierarchies were upended. So also were the lives of the entrepreneurs. Having started out selling and promoting the produce of their local areas, they became suppliers of widely sourced products that increasingly came to be identified with Japan in global markets.

Though Partner does not make a point of this, his narrative shows that, despite the impressive achievements of the Meiji Restoration, the groundwork for Japan’s spectacular leap into modernity was actually laid in the Tokugawa era. Synergy between the two, plus the efforts of individuals and families like Chūemon’s, tell us much about the rise of Japan as an international power.

Title: The Merchant’s Tale: Yokohama and the Transformation of Japan