[Bookmark] Taking Back the Olympics: Movies to Binge On While Waiting for the Games 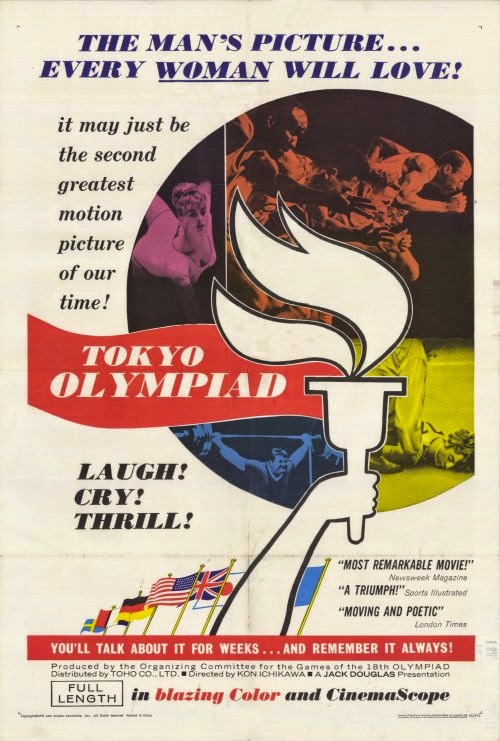 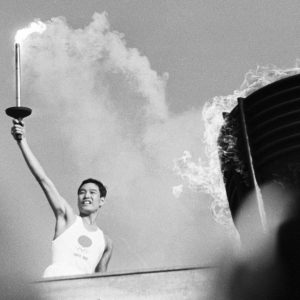 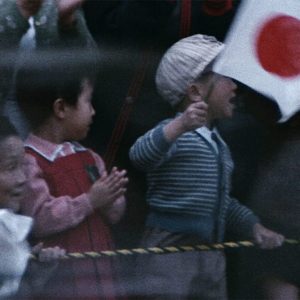 Covid-19 may have deprived us of this year’s Tokyo Olympics, but there are plenty of Olympic-themed films that are well worth watching instead. They range from warm-hearted comedies to tense thrillers and dark human dramas.

Most are based on true stories, with subsequent real-life events adding another layer of interest. Many deal with the conflict between the lofty ideals of the Games – “the harmonious development of humankind,” according to the Olympic Charter – and the messy reality of commercialism, cheating and political agendas.

That contradiction was there from the start. The founder of the modern Olympics was the French aristocrat, Baron de Coubertin, whose statue can be found outside the Japan Sports Association building in Tokyo.

Coubertin, born in 1863 to a royalist family, was highly conscious of France’s loss of status in the nineteenth century, symbolized by the Prussian army besieging and taking Paris in 1871. From Britain, the leading power at the time, Coubertin took the idea that “organized sport can create moral and social strength.”

Just as the Olympics has always been political, its relationship with films goes back a long way too. The first official documentary is of the 1912 Summer Games in Stockholm, which featured  Native American athlete Jim Thorpe and the future General George Patton, who competed in the Modern Pentathlon.

The Berlin Olympics of 1936, which an ageing Coubertin had lobbied for, was commemorated by the most notorious official documentary of all,  Olympia (1938), Lene Riefenstahl’s visually dazzling ode to Nazi ideology.

The Olympics even won an Oscar, when Chariots of Fire (1981, directed by David Putnam) collected the award for Best Picture. The film, which can be considered a kind of riposte to Olympia, depicts the respectful rivalry between two runners from very different backgrounds at the 1924 Olympics. One is a British Jew who is determined to succeed in order to overcome antisemitic prejudice. The other is a China-born Scottish Christian who refuses to run on Sundays out of religious conviction.

There is a great variety of Olympic-related films to choose from. Here are some of my personal favorites, organized into three categories – Summer Olympics, Winter Olympics and Documentaries. 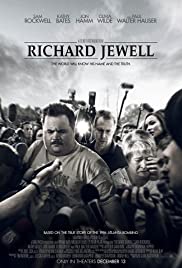 The 90-year-old Eastwood’s latest is nominally the story of a hapless security man wrongly accused of planting a bomb at the 1996 Atlanta Olympics. In reality, it is a searing portrait of today’s left-behind America, devoid of economic opportunity and self-respect, hankering for authority.

Jewell, superbly acted by Paul Walter Hauser, is fatherless, obese, clumsy, and naive. His one-in-a-million shot at proving his worth is snatched from him by the forces of the Deep State (a procedure-abusing F.B.I.) and the “fake news”-peddling media industry (a ruthless female reporter).

In real life, the reporter died of a prescription drug overdose in 2001, also a feature of today’s America. Jewell himself died from complications of diabetes in 2007 at the age of 44. He may not have survived COVID-19. 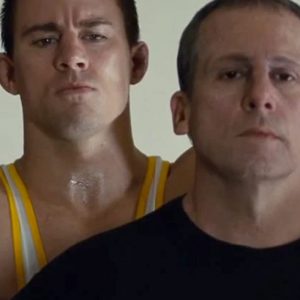 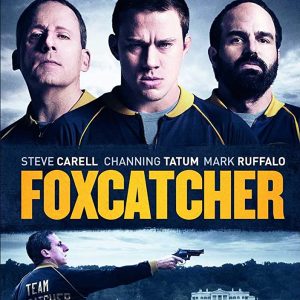 This is an Olympic gold medal. I won this…. This is more than some piece of metal. It’s about what the medal represents, the virtues required to attain it…

So speaks a stone-faced Mark Schultz to a hall of schoolchildren. Schultz and his more charismatic brother, Dave, both won gold medals at the 1984 Los Angeles Olympics in the sport of free-style wrestling. Those Olympic virtues Mark cites are tested to breaking point when he falls under the influence of the cocaine-snorting wrestling obsessive, John E. du Pont, a member of the Du Pont industrial dynasty.

Du Pont plans to train up a team of wrestlers for the next Olympics at his enormous private estate, Foxcatcher. In his world of super privilege, anything can be bought. Just as his mother paid a boy to befriend him when he was a child, so he uses his wealth to buy the friendship and loyalty of the Schultz brothers and then attempts to drive a wedge between them.

The ancient sport of wrestling — introduced to the Olympics in 708 B.C. — proves no more immune to the corrupting force of money and power than any other. 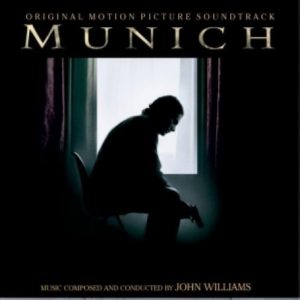 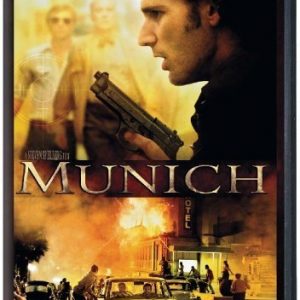 Munich 1972 was the most disastrous Olympic Games ever. Terrorists from the Black September radical Palestinan group infiltrated the Olympic village — possibly with the help of East German athletes — and  slaughtered 11 members of the Israeli squad. The ugly reality of political violence shattered the pacifist pretensions of the “Olympic Spirit” once and for all. More of that in the Documentary Category.

The film focuses on Israel’s response, the “Wrath of God” assassination campaign directed at those deemed to have been involved in the massacre. Given the background, the treatment was bound to be controversial, but Spielberg’s handling of moral ambiguities and inner conflict leaves plenty of space for the audience to make up its own mind. 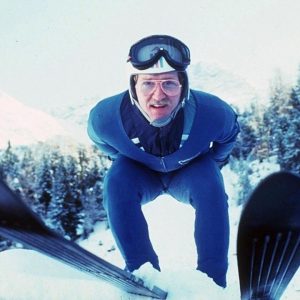 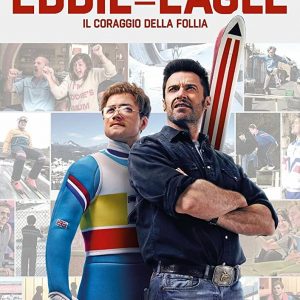 Winning, losing, all that stuff is for the little people. Men like us, we jump to free our souls.

So says Matti “The Flying Finn” Nykanen, triple gold medalist at the 1988 Calgary Games, to Michael “Eddie the Eagle” Edwards as they take the ski lift together to the top of the runway.

In real life, the exchange never happened, but it should have. Eddie was the ultimate sporting misfit. A working-class, self-taught jumper with only 20 months of experience, the Englishman was there, thanks to a loophole in the qualification rules which was swiftly closed afterwards.

At the same time, he was the ultimate Olympian, who never gave up despite a childhood handicap and being mocked and dismissed as a fool every step of the way. He never did less than his best, which was enough to get him into the competition final.

In real life, Edwards went bankrupt after his spell in the limelight, but then took his A-levels and earned a law degree. He still works as a builder and plasterer and makes occasional media appearances.

Fate was not so kind to Nykanen, who died at the age of 55. After retirement, he became an alcoholic, married five times, did jail time for spousal abuse and stabbing a man in a pizza bar, and worked as a male stripper. He is still considered the greatest ever ski jumper. 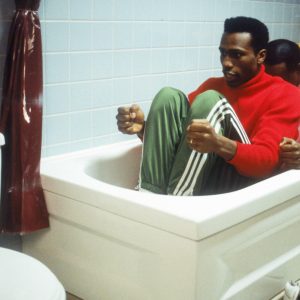 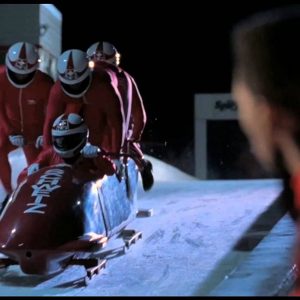 The 1988 Winter Olympics must have been a dream come true for plucky underdogs, with the Jamaican bobsleigh team following on from Eddie the Eagle. Eddie was given a fictional mentor in the shape of a drunken former champion, now reduced to ski bum status. The Jamaicans have an equally flawed coach: Irv Blitzer, a bobsleigh gold medalist who was drummed out of the sport for cheating.

Irv: You wanna know why I cheated, right?

Irv: That’s a fair question. It’s quite simple, really. I had to win. You see, Derice, I’d made winning my whole life. And when you make winning your whole life, you have to keep on winning, no matter what. You understand that?

Bannock: No, I don’t understand. You won two gold medals. You had it all.

Irv: Derice, a gold medal is a wonderful thing. But if you’re not enough without one, you’ll never be enough with one.

Perhaps Matti Nykanen could have done it with a mentor like Irv. 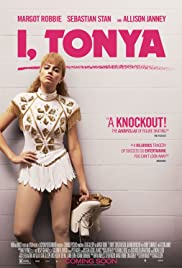 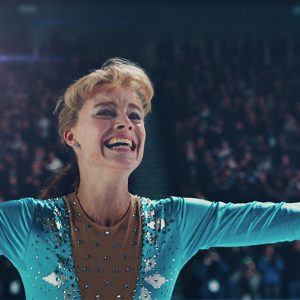 We’re back in low-income, rough-and-tumble America. This time the criminal act is depicted in blackly comic terms, with a cast of absurdly incompetent conspirators and conflicting narratives of what happened.

Tonya Harding is a brash, working-class girl who has an extraordinary talent for figure skating and a monstrous mother. The only American to have completed a triple axel jump, she is competing for a place in the U.S. team for the 1994 Winter Olympics in Lillehammer. Her great rival is Nancy Kerrigan, middle-class, well-mannered, and conventionally cute.

As in Foxcatcher, Olympic glory brings out the worst in human nature. As in Richard Jewell’s story, a sensation-hungry media feasts on the fallen.

In real life, Tonya capitalized on her brief notoriety by selling a sex tape and appearing on trashy TV shows, before trying her luck as a professional boxer.

Nancy landed a contract with Disney, then turned professional skater, appearing in Broadway on Ice and other ice shows. That might as well have been scripted too. 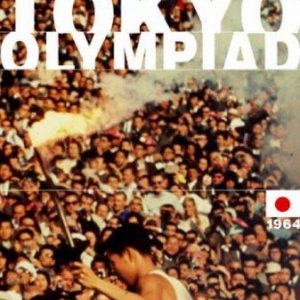 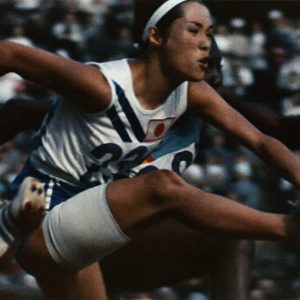 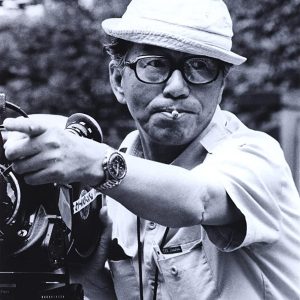 The original plan was for Akira Kurosawa to film the official record of the 1964 Olympic Games. He even went to Italy for the 1960 games to prepare, but his demands proved too rich for Japan’s Olympic Committee to swallow.

Instead, Kon Ichikawa took up the challenge.

His film is a Kurosawa-esque epic, nearly three hours long and requiring 103 cameras and a total staff of 550. On board were avant garde composer Toshiro Mayuzumi and Japan’s most famous modern poet, Shuntaro Tanikawa.

From the opening shot of a wrecking ball demolishing aged pre-war buildings to the waggling behinds of the long-distance walkers, the film was never going to be a simple record of sporting achievement.

Japan’s Minister of Education hated it, as did the Minister for the Olympics, who wanted to have another film assembled instead. On release, it became Japan’ largest grossing film, and is now considered a masterpiece of the genre.


Silver Medal: One Day in September (1999, directed by Kevin Macdonald) 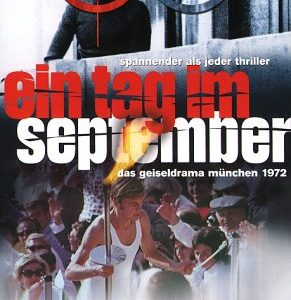 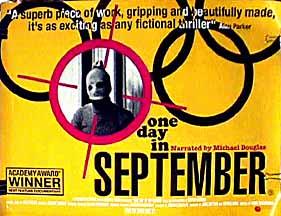 Munich was the birthplace of Nazism. The Olympic Stadium was just six miles from Dachau. In the words of narrator Michael Douglas, “The Germans saw the Games as an opportunity to erase the negative memories of the 1936 Olympics.”

But terror group Black September, according to the lone surviving perpetrator, saw the 1972 Olympics as an opportunity to “showcase” their cause.

What is also showcased in the film is the stunning incompetence of the German authorities and the callousness of the Olympic Committee, who decided that “the Games must go on.” Even after the bullet-ridden naked body of an Israeli hostage is thrown from a window, other athletes continue to sun themselves on loungers and play table tennis just 200 yards away.

Writer Gerald Seymour, on the spot as a reporter, recalls that there was “something selfish, slightly obscene about the atmosphere in the rest of the village.”

Using the double perspective of commentary by the widow of the fencing coach and the last surviving terrorist, in deep cover somewhere in Africa, the film memorializes this first dreadful instance of terror as global spectacle. 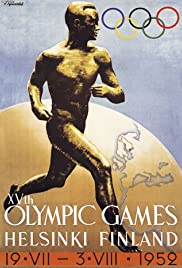 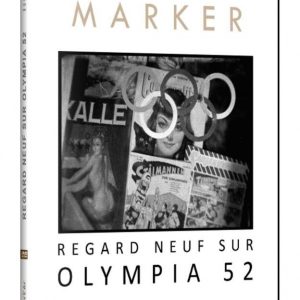 Chris Marker is said to be France’s most famous unknown film director. A Japanophile, he first visited Japan in 1964 to view the Tokyo Olympics and made a short film, The Mystery of Kumiko (1965), incorporating sequences from the Games.

Later, he made a documentary about Akira Kurosawa — A.K. (1985) — and had a bar in Shinjuku’s Golden Gai named after his own most esteemed film, La Jetée (1962). Japan is a large presence in his other important film, Sans Soleil (1982).

Olympia 52 was Marker’s first film. Unimpressed by his own efforts, he effectively buried it. Some sequences are available in awful quality on YouTube, but it was never issued on DVD and is never shown in cinemas.

However, good quality extracts can be found in a film about the film, Regard Neuf Sur Olympia 52 (2013, directed by Julien Faraut).  (Trailer here.)

That’s enough to appreciate the poetic flow of Marker’s Olympic commentary and his idiosyncratic close-ups of the spectators and fascination with odd details.

As Marker shows, the 1952 Summer Olympics in Helsinki were a joy.