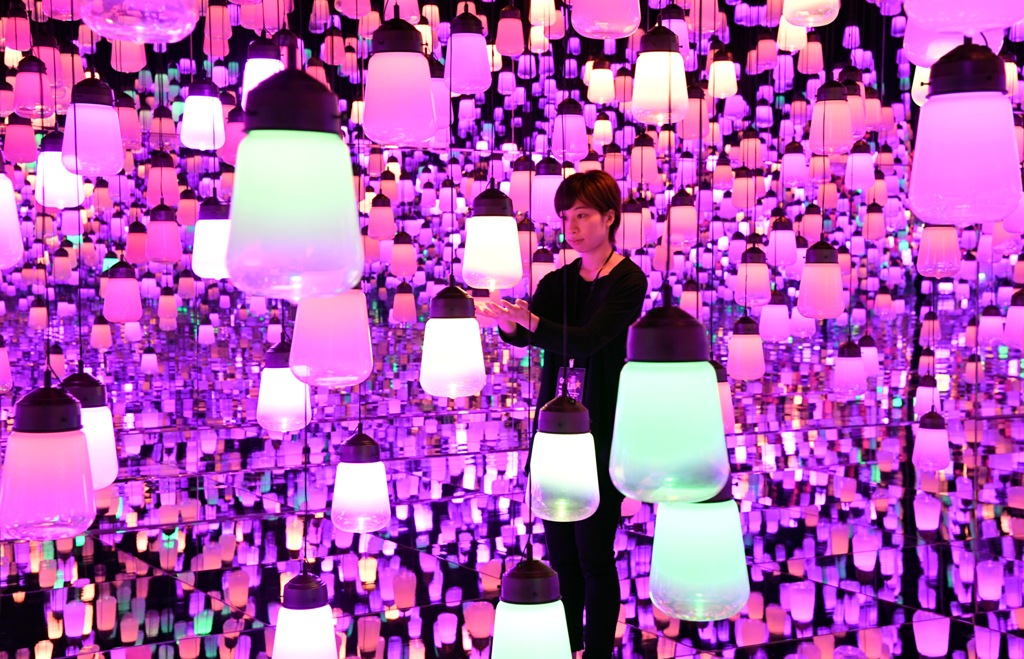 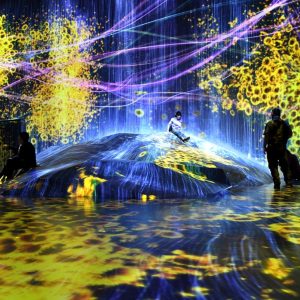 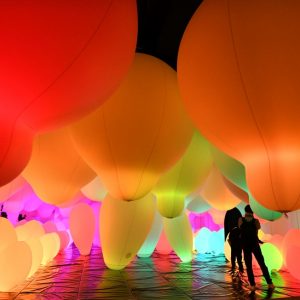 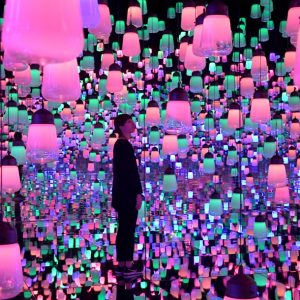 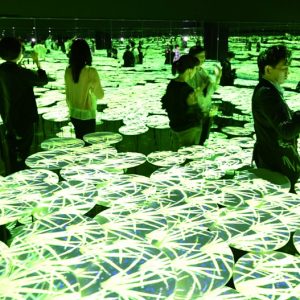 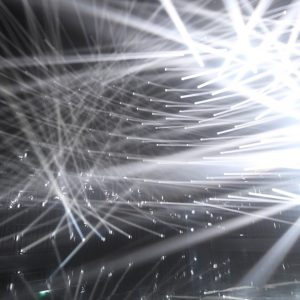 The exhibition “Borderless” by teamLab opened on June 21 at the Mori Building Digital Art Museum in Odaiba, Tokyo. It is an amazing collection of works that make full use of modern visual technology.

Fifty works are on display at the venue, an approximately 8,000-square-meter facility in the large Palette Town complex. Advance tickets are being sold in five different languages, and provisions are also being made to accommodate the popular Chinese payment system called “Alipay.”

“In order to increase the appeal of the city, creating content is really important for future city planning,” Mori Building Planning Manager Ou Sugiyama said in an interview June 11.

“Borderless” has proven to be more than just innovative—it has also had a resounding success. All tickets for July have been sold out, leading overseas sellers to start providing tickets for August and September.

Visitors have been crowding the exhibition daily since its opening, with queues building up before opening. The limited edition “Opening Commemoration Ticket,” valid until July 31, has been sold out.

The project is clearly very popular with tourists and locals alike. Tourists from overseas make up more than 30% of the visitors. Team Lab anticipates an upswing in student visitors during the upcoming school holidays in Japan and has extended exhibition hours until August 31 in order to meet demand.

Those thinking of visiting the exhibition in the next month should note that the Mori building will be closed August 10 and 28. Aside from those days, make sure you head to Odaiba to experience this unique exhibition of borderless art.
===

People understand and recognize the world through their bodies, moving freely and forming connections and relationships with others. As a consequence the body has its own sense of time. In the mind, the boundaries between different thoughts are ambiguous, causing them to influence and sometimes intermingle with each other.

teamLab Borderless is a group of artworks that form one borderless world. Artworks move out of the rooms freely, form connections and relationships with people, communicate with other works, influence and sometimes intermingle with each other, and have the same concept of time as the human body.

People lose themselves in the artwork world. The borderless works transform according to the presence of people, and as we immerse and meld ourselves into this unified world, we explore a continuity among people, as well as a new relationship that transcends the boundaries between people and the world.