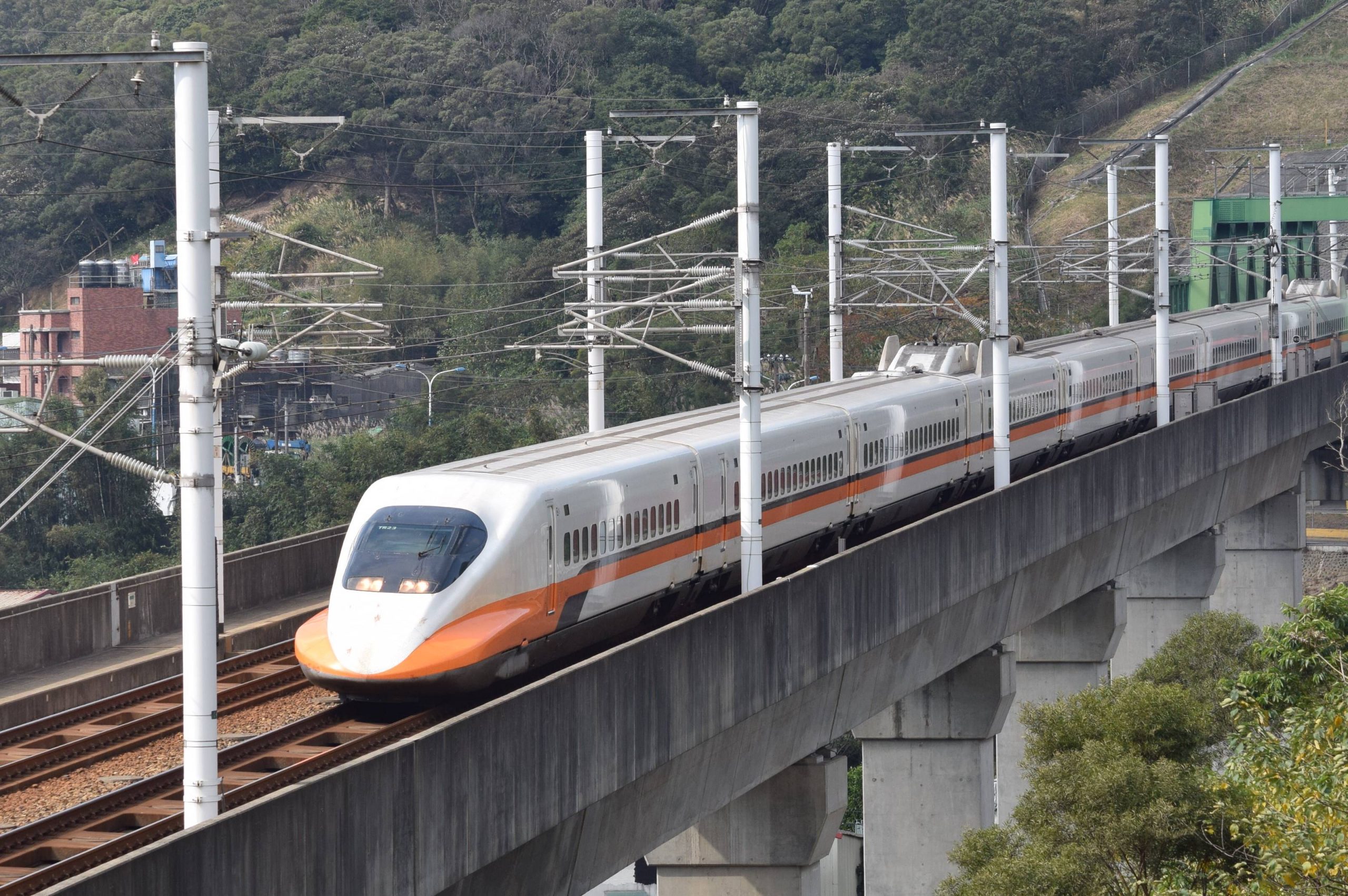 THSR (Taiwan High Speed Railway currently uses these 700T cars on its bullet train. Nearing the end of their life span, replacement of these cars is a current topic of negotiation between Japanese and Taiwanese companies. (Photo by Yasuto Tanaka)

A deal for the purchase of Japanese train cars for the Taiwan High Speed Railway (THSR) has been an important symbol of the economic cooperation between Japan and Taiwan. However, the stagnation of the deal now threatens the relationship between the two partners.

THSR Corporation has operated the high-speed railway since 2007. The original cars for Taiwan’s bullet train are approaching their maintenance schedule for replacement and renewal, and talks have been underway for their replacement.

However, in January 2021, THSR announced the cancelation of its negotiations with Japanese counterparts because, THSR said, the price proposal was “too expensive.”

Now, concerns have been raised that, if the bullet train car negotiations go nowhere, the flow of regional stability and economic security would be disrupted.

This comes on the heels of the April 16 summit in Washington, D.C., between Japanese Prime Minister Yoshihide Suga and United States President Joe Biden, where the Taiwan issue was on the table, along with concerns over the acceleration of China’s pressure on Taiwan.

“It would be helpful for Taiwan to utilize bullet train cars made in Japan. We hope to make a contribution to them,” said a Japanese government official who spoke to The Sankei Shimbun and JAPAN Forward.

The official expressed a sense of urgency over the disruption of the status quo between the two governments while the bullet train cars negotiations are bogged down between private companies.

Taiwan’s high-speed railway was Japan’s first challenge in the export of Shinkansen technology abroad. The railway currently operates 12 cars per organization, for a total composite of 34 type “700T” cars made by Japanese companies, such as Kawasaki Heavy Industries and other enterprises.

According to Taiwan media, THSR had been negotiating with a Japanese consortium consisting mainly of Hitachi, Ltd., and the Toshiba group to purchase JR Central Japan Railway’s Shinkansen car type “N700S.” Then, in January 2021, the talks broke down.

The same reports say that the Taiwan side alleged that the price gap was too large between the price proposal they received of 5 billion Taiwan dollars ($176 million USD) for a one-car composition, in comparison with an equivalent deal if it had been in Japan for ￥4.5 billion JPY ($41 million USD).

One of the Japanese parties elaborated on the background of the negotiations, pointing out the different cost structure between Japan and Taiwan, and also that the report of the proposed price was inaccurate compared to the actual price put forth in the negotiations.

For deals in Japan, the manufacturers (Hitachi, Ltd. and Nippon Sharyo, LTD., a subsidiary of JR Central Japan Railway) demand the purchaser (in this case JR Central Japan) to pay the full bill for new bullet train cars, including manufacturing and delivery costs of the completed vehicles.

In the case of the Taiwan order, the Hitachi and Toshiba consortium have asked THSR to pay for not only manufacturing and delivery of completed cars, but also additional costs, such as running tests to confirm security and performance, and training for train crews, among others. They also say the initial cost per car composition is more expensive than a deal in Japan because the whole order by THSR is much smaller than a similar order by JR Central Japan.

A source affiliated with parties on the Japanese side said, “Even if you compare the component procurement price rates, it’s incorrect that Japan’s price proposal is unfairly expensive.”

A Look at Demand in Taiwan

The new train cars are also necessary to meet growing passenger demand in Taiwan, which has a growing economy.

According to the Taiwan Ministry of Transportation and Communications, Taiwan high-speed railway carried 41,629,300 passengers in 2011, and increased every year thereafter. In 2019, it served 67,411,250 passengers.

Seat occupancy was at 51.63% in 2011. After that, the percentage increased steadily, reaching an average of 68.03%. In January 2020, the month before the start of the coronavirus pandemic, seat occupancy reached 70.79%. To put it in perspective, when Japan’s Shinkansen passengers-capacity exceeds 70%, it means the seats are at nearly full occupancy during peak hours.

“Passenger occupancy will increase even more,” Yoshikuni Tazaki, an expert on the Taiwan economy at the Nomura Research Institute, told The Sankei Shimbun and JAPAN Forward.

He also noted that the Taiwan economy grew in 2020 as it succeeded in stopping COVID-19 earlier than many countries. It also saw the return of manufacturing facilities to Taiwan from mainland China as the battle over high-tech hegemony between the United States and China heated up.

These high-tech enterprises recently increased their manufacturing, spreading to central and southern regions of Taiwan, such as Taichung, Tainan, and Kaohsiung, which connect along the high-speed railway. Taiwan Semiconductor Manufacturing Company Limited (TSMC), which has seen requests for cooperation from the United States and Europe in the aftermath of semiconductor shortage, has situated large assembly operations in Tainan.

Stepping back in the negotiations over the replacement of Taiwan’s aging bullet train cars, one Japanese government official thinks the government should take a wait-and-see approach, saying “That’s the private companies’ business.”

THSR has asked for no financial assistance from the Japanese side, and they received no financial support from Japan before opening the high-speed railway in 2007. The circumstances are different from emerging countries, where the Japanese government has a special program for infrastructure development assistance.

If the Taiwan side considers the option of negotiating with foreign companies other than its Japanese counterparts, “It is impossible to make procurements from Chinese train car manufacturers in terms of security issues. Taiwan’s options are limited to Europeans or Japanese, I guess,” said one person closely involved with Taiwan-Japan relations.

There are several points to consider, however. European train vehicles are significantly different from Taiwan’s in terms of height, width, and weight. Additionally, there are a variety of technical gaps in terms of vibration, noise, brake performance, electronic power consumption, and the railway signal system.

Even if the Europeans win the bid, there is still a concern that the order would eventually be passed down to Chinese or South Korean manufacturers.

Japan and Taiwan may not be able to cooperate on security through the means of armed forces. However, the two partners have cooperated in other significant ways, such as contributions each time one is hit by a natural disaster, such as a huge earthquake.

In this context, Japan-Taiwan cooperation through the quake-resistant Shinkansen has a special meaning of friendship. Japan and Taiwan need to convince the players involved of the importance of taking into account a long-term strategy for capital investment and consideration of economic security. The two partners can only break through their problems with public and private unity.