China Rides on the ‘Anti-police’ Movement in U.S. for Propaganda Purposes 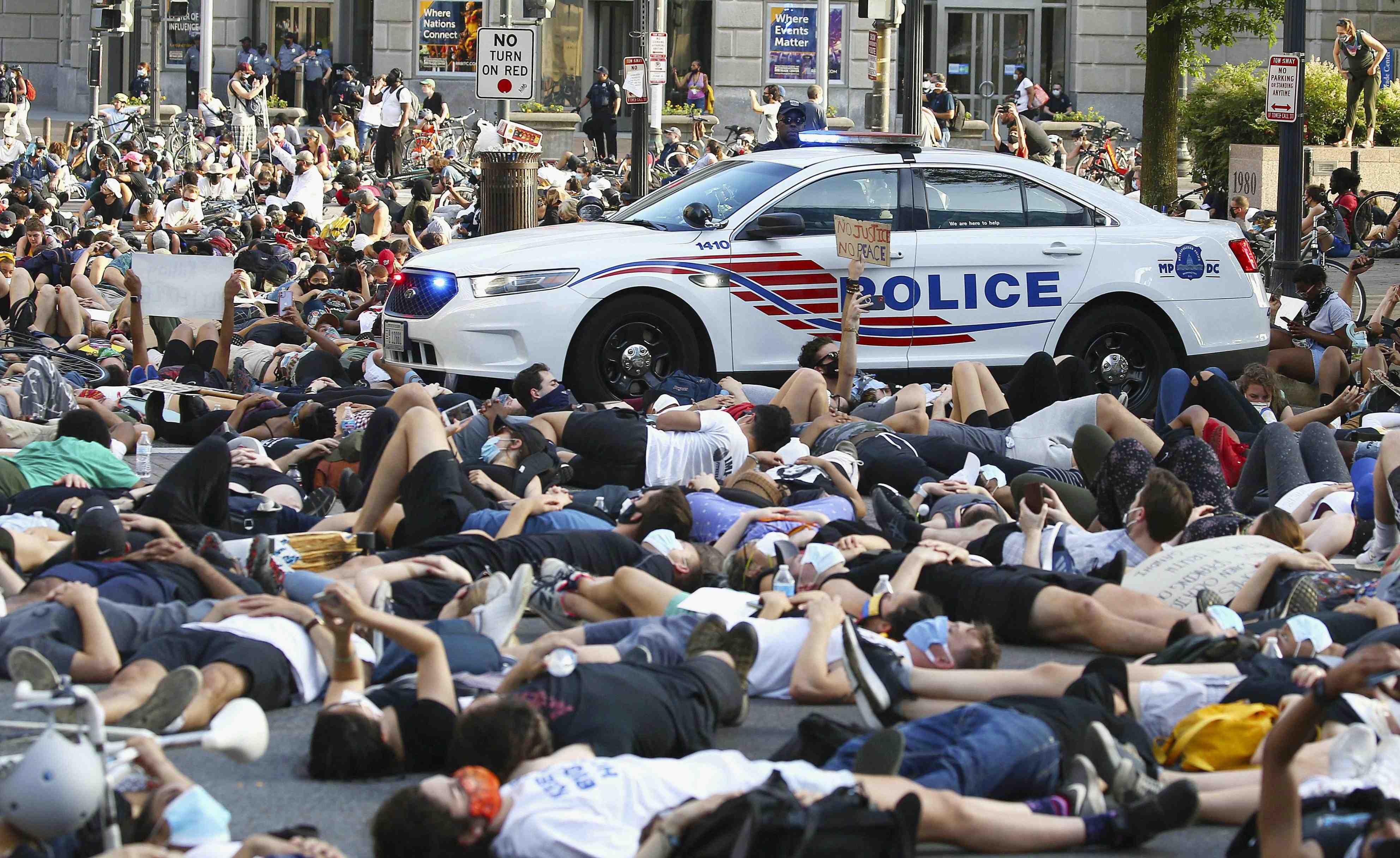 Against a background of international criticism of its crackdown on the Uyghur minority in Xinjiang province and police violence in Hong Kong, the Communist Party of China (CCP) has unleashed a propaganda counterattack, charging, “America is a nation devoid of human rights where blacks are severely discriminated against and police brutality is rampant.”

The CCP will have its wishes fulfilled if the Free World camp allows such propaganda to cause it to waver in its solidarity. For that reason, it is important to grasp the true nature of the Black Lives Matter (BLM) movement in the United States.

On May 25, in Minneapolis, Minnesota, an incident occurred in which a black man by the name of George Floyd died after being taken into police custody. It was a clear case of misconduct since one of the police officers involved had kept his knee on the man’s neck for more than eight minutes, even though he repeatedly said he could not breath.

The white officer responsible was fired the next day, and the Minneapolis officials brought charges related to his gross negligence (third-degree murder and second-degree manslaughter), which were later upgraded to second-degree murder. Three fellow officers present at the time included a black officer and an Asian officer born in Laos.

Minneapolis and surrounding communities are politically very liberal. Minnesota’s governor is a Democrat, as is the mayor of Minneapolis, while 12 out of the 13 members of the city council belong to the Democratic-Farm-Labor Party (the other council member belongs to the Green Party). The area is represented in the U.S. Congress by Ilhan Omar, a Somali-American Muslim who is on the far left of the political spectrum.

Considering this political climate, it would take a considerable stretch of the imagination to conclude that the entire Minneapolis police force is racist. Floyd’s death should be seen as an aberration caused by one out-of-control police officer.

Politicians of all stripes, including U.S. President Donald Trump, criticized the officer responsible for Floyd’s death. The incident was, however, followed by rioting, inflamed by extreme leftists. The liberal Minnesota governor hesitated to move quickly to order the police and National Guard to suppress the rioting and looting.

Actually, the BLM Movement first garnered attention in 2014 during the administration of Barack Obama, in the wake of the highly publicized death of a young black man named Michael Brown, who was shot by a white police officer in Ferguson, Missouri. In that case, rioting erupted after the authorities decided not to press charges against the officer involved.

Critics of the exoneration of the officer adopted the phrases “Hands up! Don’t shoot!” and later “Black Lives Matter” as their slogans.

Even now the Ferguson incident is frequently referred to as a case in which an “unarmed black youth was shot and killed by a white police officer.” However, the facts of the case actually tell a very different story. Michael Brown, the “youth” in question was actually a 193-centimeter-tall 18-year-old weighing a hefty 133 kilograms. Just before he encountered the police officer in question, he had robbed a convenience store. A surveillance video camera recorded Brown pushing a market clerk and then leisurely walking out of the store carrying stolen merchandise.

Multiple witnesses saw all or part of the events, and testified later that, after the policeman in his patrol car stopped him, Brown repeatedly thrust his arm through the open window of the vehicle to hit the officer and attempt to grab his gun. Shots were fired at that time. The witnesses added that later, when both men were standing on the street, Brown appeared to be charging to attack the police officer when the officer fired several shots.

Initial media reports featured comments by a “bystander” that Brown had both hands in the air when he was shot. Only later was it learned that this “bystander” was in fact Brown’s accomplice in robbing the store.

After careful consideration of all the evidence over the span of three months, the grand jury looking at the case declined to indict the officer, concluding that he had acted in self-defense.

However, since rioting had broken out following the announcement of the grand jury’s verdict, state authorities reinvestigated the case, as did the U.S. Department of Justice, which, in the Obama administration, was headed by Eric Holder, who is black. All reached the same conclusion — not to indict the police officer.

Nevertheless, the liberal media continued to portray Brown’s death as a case of a “white police officer shooting to death a black youth who was offering no resistance.” Moreover, several prominent athletes and members of the entertainment industry began wearing T-shirts emblazoned with the slogan, “Hands Up! Don’t Shoot!”

And President Obama never retracted his initial statement that “systemic racism” formed the background to the incident. In fact, he went on to welcome BLM movement leaders and laud their leadership, which provided a big boost to their cause.

Of course, voices of reason were also raised. Jayson L. Riley, a political editor at The Wall Street Journal and himself black, contends that men like Michael Brown are a much bigger menace to the black community than are the police. He adds that blacks themselves will be the people most endangered if police forces are weakened.

No doubt, police forces have their share of bad apples. However, as Robert Woodson, an advisor to the National Black Police Association (United States) and himself black, says, if racial prejudice is wrong, then having a stereotype view of all police based on the actions of just a few in their ranks is equally wrong.

Refusing to Abide by a Double Standard

Influential critic Rush Limbaugh notes that in the old days parents taught their children never to disobey a police officer. But the feeling now seems to be that resisting the police is what constitutes true justice. Limbaugh laments the fact that the number of unfortunate cases in which police mistakenly interpret open resistance as a threat is inevitably on the rise, and that their responses, too, are then said to be evidence of prejudice.

Then there is the movement among National Football League (NFL) players to censure police violence against black people by going down on one knee when the Star Spangled Banner is sung prior to the start of a game.

Some people wonder why these players are remaining silent in the face of police violence in Hong Kong, alleging they are adhering to a double standard.

The movement by NFL players to take a knee is driving conservative fans away from the stadiums, while TV ratings for broadcast games have plummeted. Limbaugh says that, although he was an ardent fan of the NFL, his enthusiasm has cooled.

To paraphrase Limbaugh, The Ferguson case is the most successful lie perpetrated by the liberals. He said, “I look at the spectacle on the football field with sadness. I hate seeking the players dance to the tune of a lie, while they themselves drive away the all-important spectators.”

One wag has even said, “If they tried that in China, they would be disappeared three seconds later, and you’d never hear from them again.”

Americans should not continue to feed the Chinese communist propaganda machine by self-injurious actions that create and spread false narratives.

(This article was first published in Japanese in the Seiron column of the Sankei Shimbun at this link.)