Coming in December: ‘Dictionary of Doraemon’ Holds Surprises About the Beloved Manga Series

Doraemon, a robotic cat sent from the future to help a small boy and his family, is to Japanese audiences what Mickey Mouse is to the USA.

An instantly recognizable figure and cultural icon, Doraemon has been the star of his eponymous series of comics and cartoons since the manga was first published in 1970.

Equipped with a 4D-pocket from which he can retrieve all manner of futuristic gadgets, his enduring popularity as a character with all generations of Japanese saw him named the country’s official animé ambassador in 2008.

Now, to celebrate 50 years of Fujiko Fujio and Moto Abiko’s best-selling character, a Dictionary of Doraemon — or ‘Hikuemon’ (引くえもん) — is in production from publishing house Shogakukan. 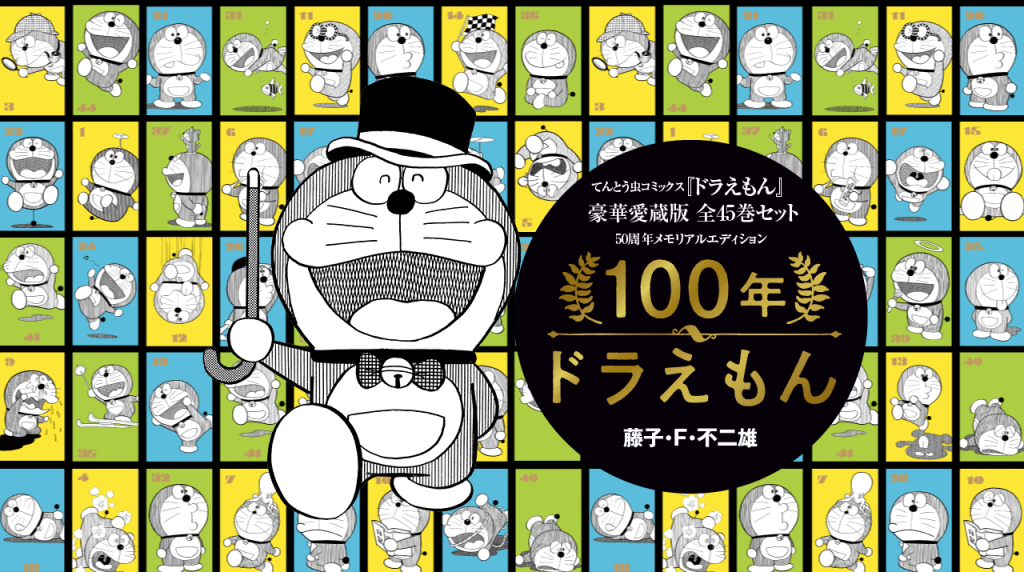 Where other works have sought to catalogue the Doraemon universe, none have been as extensive as this new special edition.

The dictionary, a labor of love six months in the making, is one of three supplementary volumes included in “100 years of Doraemon,” a 45-volume collection of the complete series.

Information including character bios and secret tool appearances are recorded according to the phonetics of the Japanese alphabet.

Not only that, but each entry is accompanied by a thumbnail illustration and a reference to the manga in which it first appeared.

One of the most enduringly popular features of the Doraemon universe are the himitsu dogu (secret tools) used by the characters throughout the series.

Endlessly inventive, items such as the “Bamboo-copter” (attachable rota-blades worn like a hat for flying) and “Time-kerchief” (a cloth used for time travel) make their way from the recesses of Doraemon’s “4D pocket” and onto the pages of the dictionary.

Readers can search for each item by name in order to learn where and how many times said item has been used.

A Place for All

Additionally, alongside all the more recognizable faces, every one of the manga’s many supporting characters also feature, with each of their appearances catalogued in meticulous detail.

At 224-pages in length, the edition’s centerpiece feature is its 2,900-item character index. It features 113 index items related to dogs alone.

Masayuki Tokuyama, editor-in-chief of the Doraemon Room at Shogakukan, had this to say about the edition’s incredible attention to detail:

Many of the minor characters, the multiple dogs and cats that populate the Doraemon universe in particular, are not even named within the original manga in which they appear.

However, as Fujiko-sensei always tells us, while they might not have names, they all have a role to play. And we can see this in the character index. 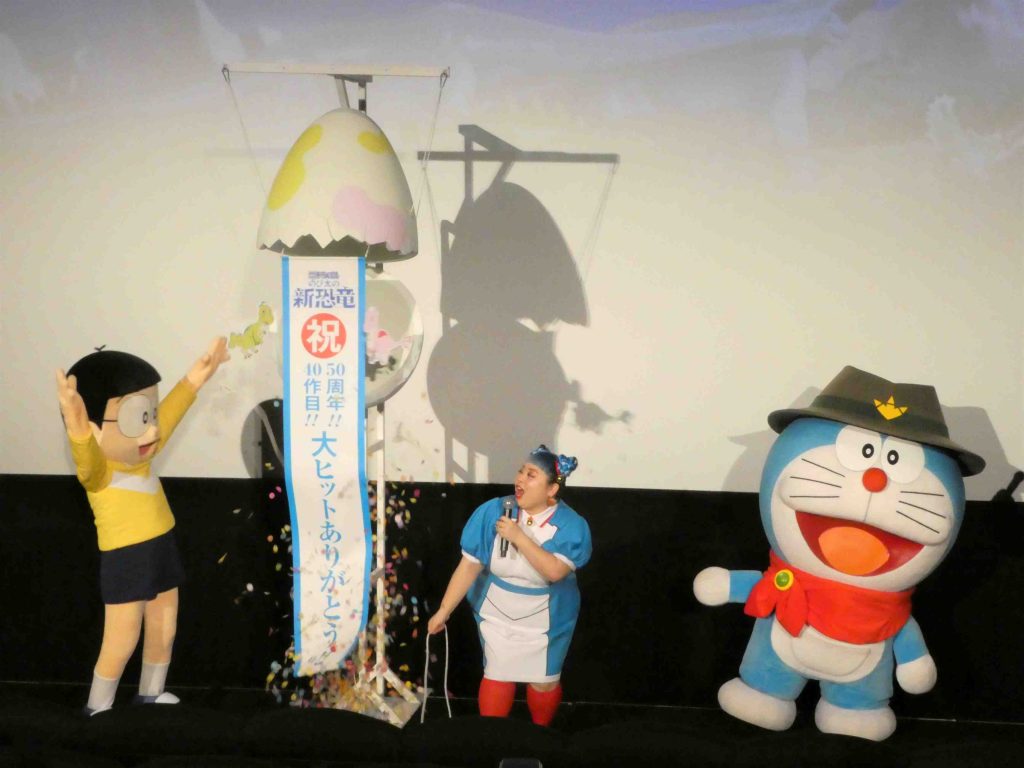 The extensive nature of the dictionary has the capacity to surprise even the most avid of Doraemon fans.

For example, considering the character is a cultural icon — not to mention the fact the manga is named after him! — you would be forgiven for suspecting that, out of all the many characters featured throughout the history of the series, Doraemon would have made the most appearances.

In total, he features in the dictionary 817 times. Yet, as the volume shows, there have been installments in the long-running story in which Doraemon has not featured.

It is actually his grade school student companion, Nobita, who appears the most times in the dictionary — in 822 total index items — and therefore holds the record for appearances in the series.

Other intriguing nuggets of information to be gleaned from the Doraemon Dictionary include the revelation that supporting character Yasuo (170 items) actually outscores fan favorite Dorami (18 items) in terms of number of appearances. 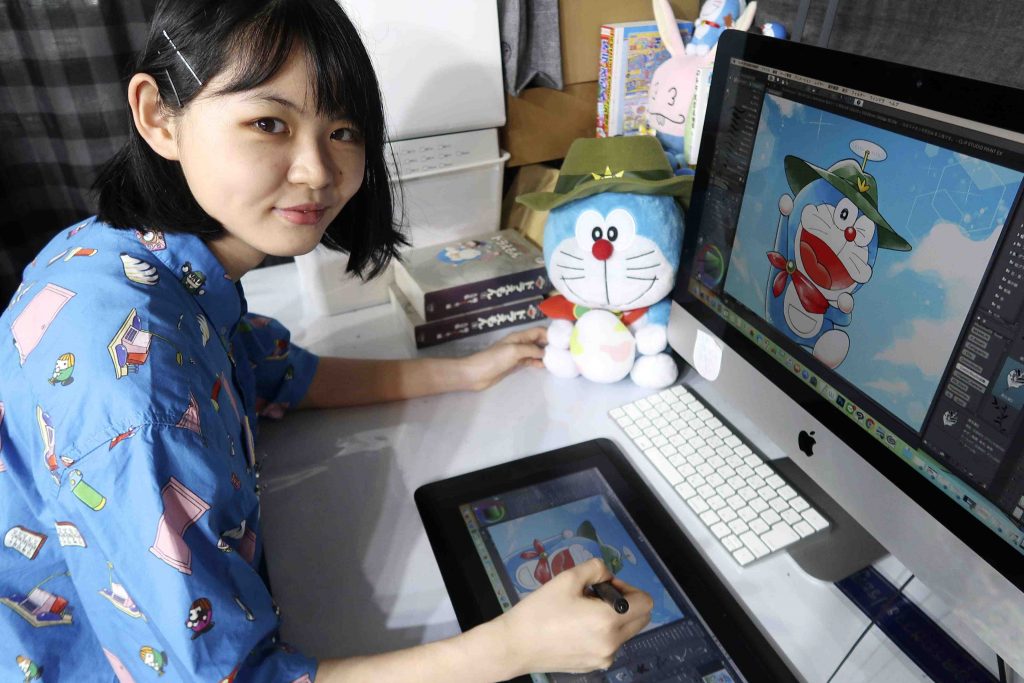 Finally, while Doraemon is of course not lacking in popularity both in Japan and overseas, the new dictionary adds further depth to the world inhabited by the characters.

We had numerous serious discussions during the production process about the various ins and outs of the Doraemon universe.

For example, is an item like the “Hundred Year Later Sweets” (hyaku-nen go no okashi) a “special tool” or something else? Production of the dictionary allowed us to ask these questions.

It is our hope that such insights will help serve to introduce readers to the myriad charms of the Doraemon universe.

The Doraemon Dictionary will be available in bookstores from December 2020 as part of the “100 years of Doraemon” collection (¥77,000 JPY).

More About the Book:

Learn More About the Book: For up-to-date information on the release of this new volume celebrating the 50th anniversary of the series, follow “100 Years of Doraemon” on Twitter (Japanese and English), at this link: https://twitter.com/100nen_doraemon

Purchase the Book: Here is the link to the publisher’s website. The 45-volume set can also be pre-ordered on Amazon at this link.