‘Coming Together as One’: Remembering the End of the War in Japan During COVID-19 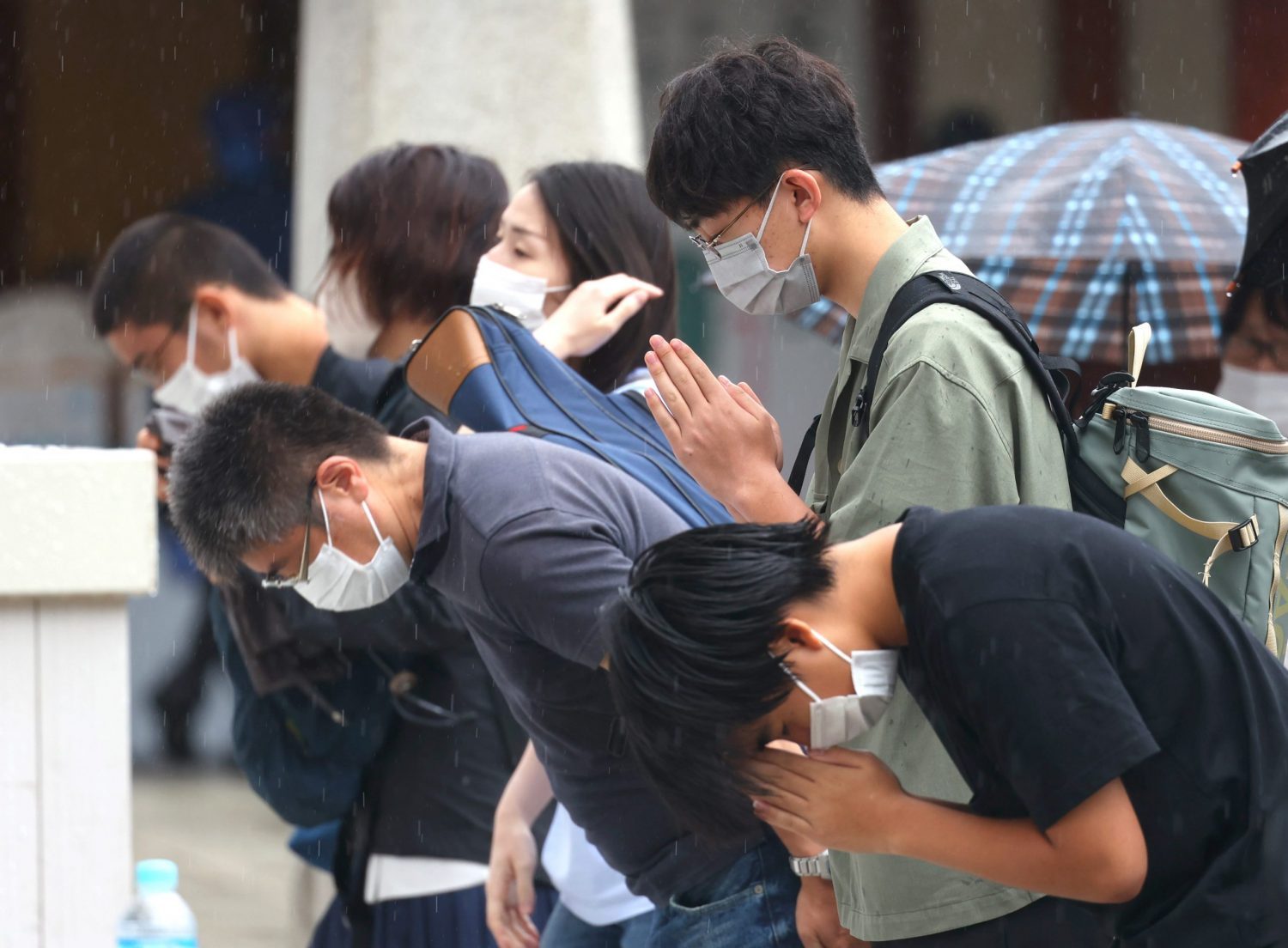 August 15 marked the 76th anniversary since the end of the Second World War in Japan.

To mark the somber occasion, Emperor Naruhito of Japan and Empress Masako attended the ceremony at the Nippon Budokan, in Tokyo’s Chiyoda Ward.

“Thinking about the surviving families of the unprecedented number of people who died during the war, I am filled anew with sadness,” declared Emperor Naruhito, after the customary one minute of silence to mark the deaths of all victims.

Japanese citizens including representatives of victims of the atomic bombs and the families of soldiers and civilians who perished in the war, and young people who are students today were present.

Members of the various echelons in the Government of Japan were also represented, beginning with Prime Minister Yoshihide Suga, past and current cabinet ministers, and former Prime Minister Shinzo Abe.

Due to COVID-19 restrictions, for the second time since the ceremony started 58 years ago in 1963, the number of attendees was severely downsized. This year, only about 100 people were invited, whereas in 2020, the attendees were just under 500 people. These numbers contrast starkly with the attendance of nearly 10,000 guests at the same venue in 2019.

As the rain poured outside on an uncharacteristically damp August day, the sense of sadness and melancholy felt almost more palpable than usual as everyone present remembered the conflict which took the lives of over 3.1 million Japanese people.

Prime Minister Yoshihide Suga also contributed his message: “To all those who died under the atomic bombs in Hiroshima and Nagasaki, under the bombings all over the country, and in the war in Okinawa where they became victims caught up in warfare, I would like to offer my respects to the souls of the departed and pray for them to rest in peace.”

Given the continued impact of COVID-19, the occasion was also one to reflect on the adversity of the current moment in history.

Emperor Naruhito directed his message of hope to all those present: “Due to COVID-19, we are facing a difficult challenge. However, we need to come together as one, in order to overcome adversity, and continue praying for happiness and peace.”


Thoughts of War Victims and Families

Particularly moving were the words of Hiroshi Kakihara, 85 years old, whose father died in China in 1943. He is head of the Hyogo Izokukai, an association of descendents of soldiers who died in the war.

“Even though it’s been 76 years since the end of the war, the surviving families of those who died a glorious death cannot forget the sacrifices of the war dead.”

Kakihara went on to reflect that now “nearly 80 percent of the population was born after the war,” yet this didn’t weaken his resolve to convey history to the younger generation.

“We want to pass on our thoughts to the next generation, and join forces so that we can convey the importance of peace in our world,” he said.

In a press conference prior to the ceremony, Shoji Nagaya (94), whose brother died during the war, reflected that it was sad that only a limited number of people could join in the remembrance ceremony.

“Last year, there were six people who came from Hokkaido. This year, it was just myself. It’s sad, but I hope that when things settle (with COVID-19) then we can all join in this moment of remembrance together.”

Kakihara, for his part, echoed this sentiment: “No matter how many we are and what shape the ceremony takes, I would like to focus on the fact that it’s important to remember, and I am first and foremost thankful for that.”

As any year, many citizens marked the day by going to Yasukuni Shrine, just across the road from the Budokan, to pay their respects to the souls of those who died during the war.

Among them, according to NHK, there were also several Cabinet Ministers, including Education Minister Koichi Hagiuda and Environment Minister Shinjiro Koizumi. Hagiuda and Koizumi also joined the other cabinet ministers at the Nippon Budokan in praying for peace and paying respects to all victims who fell during the war.

RELATED: INTERVIEW | A Visit to Yasukuni Shrine is a Prayer for Lasting Peace — LDP’s Eriko Yamatani