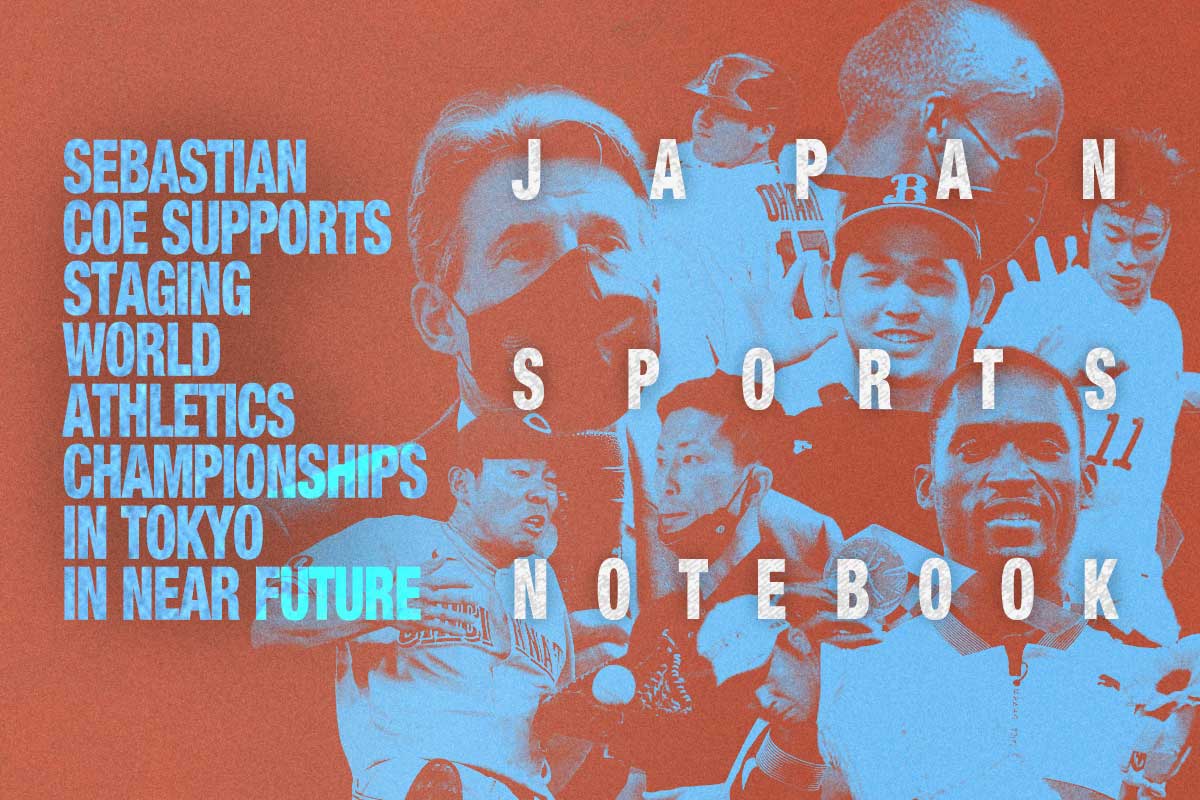 Before the XXXII Olympiad wrapped up, World Athletics President Sebastian Coe spent a few minutes speaking to reporters while looking ahead to track and field's marquee meet in non-Olympic years.

Specifically, Coe voiced his views about Tokyo's New National Stadium and his desire to see the venue, which was constructed for the Tokyo Olympics, used for the World Athletics Championships in the near future.

"I would like to return to Tokyo when I can enjoy watching [track and field] again [after the global pandemic is over]," Lord Coe told reporters on Sunday, August 8.

"I would like to use this facility [the New National Stadium] to see what people have missed," added Coe, the double gold medalist in the men's 800 and 1,500 meters at the 1980 Moscow Games.

Have Japan's sports leaders and Tokyo and national government officials been influenced by Coe's comments?

After the Tokyo Paralympics, will the government make a serious push to use the venue for another big global event within the next decade ー but with spectators in the stands?

After all, the cavernous facility cost $1.43 billion USD to construct and the same sports leaders and government officials are likely interested in improving the Olympic legacy as it relates to new venues in the years to come.

World Athletics, track and field's global governing body, is scheduled to unveil the winning host city for the 2025 World Athletics Championships in December. Kenya, where track is akin to a national religion, has submitted its bid to host the meet, and Australia has also expressed interest, according to published reports. Both nations on paper look like good options, what with the push to expand world events to new media markets.

If not in 2025, Tokyo could emerge as the leading candidate to host the world championships in 2027.

The track and field extravaganza is normally held every other year.

Daisuke "Dice" Yoshimoto toiled in his chosen profession for several years before landing a higher-profile job, albeit temporary, this summer.

Yoshimoto, 40, is coaching the New York Knicks' entry at the NBA Summer League. His regular job title is assistant to the head coach, Tom Thibodeau, who is recognized as one of the league's top sideline tacticians.

This is the Osaka native's first time leading an NBA team in the regular season or the summer.

It's an opportunity that Yoshimoto, who previously worked for the New Jersey Nets, Denver Nuggets, Chicago Bulls and Minnesota Timberwolves, said he's grateful for.

"This is an opportunity for me to get better and continue to grow," Yoshimoto told reporters in a video conference call, "and a great opportunity to show what I have learned from Coach Thibodeau."

After working as video coordinator for the Nets (now based in Brooklyn) starting in 2008 and handling the same duties for the Ukraine national team, which was guided by longtime NBA coach Mike Fratello, in the summer of 2011, Yoshimoto joined the Bulls that season.

It marked the beginning of Yoshimoto's long association with then-Chicago coach Thibodeau, who became an important mentor.

After a stint as a video coordinator with the Nuggets, Yoshimoto followed him to Minnesota in 2016 and worked as a special assistant and player development coach for three seasons. After that, he spent the 2019-20 season as the University of Georgia's director of basketball strategy and video before reuniting with Thibodeau, who took over as Knicks coach before the 2020-21 campaign.

The Summer League, which runs from August 8-17 in Las Vegas, is an ideal classroom for Yoshimoto to measure what he's learned working with Thibodeau and others.

"I think Thibodeau is the best coach in the league, so I'm very lucky to have been able to learn from him for years," Yoshimoto said.

For Yoshimoto, each game is another exam, another opportunity to seek out Thibodeau's opinion.

"I will have the opportunity to talk to him later and get feedback, watch the film and use it for the next game," Yoshimoto stated.

A former point guard, Yoshimoto played for NCAA Division III Johnson & Wales (Rhode Island) from 2003-05, received a bachelor's degree in sports-event management from the school. He later earned a master's degree in education from Fordham University.

Despite a Recent Slump, Ohtani Still Leads MLB in Homers

Shohei Ohtani bashed his MLB-leading 37th home run on July 28. His next homer didn't happen until Wednesday, August 11 against the Toronto Blue Jays. The Los Angeles Angels lost, 10-2. Ohtani belted a two-run shot to center in the third inning.

Two days after his 38th homer, Ohtani pitched the Angels to a 6-3 victory over the Blue Jays.

He worked six innings and held the high-powered Jays to two runs and three hits to improve to 7-1. He walked three and struck out six.

"My mechanics weren't great, but my thinking was to not let a lot of runners on and that went well," Ohtani said in assessing his performance, according to Kyodo News.

Miyagi held the host Chiba Lotte Marines to two runs and six hits over six innings on August 13 in a 6-3 Buffaloes victory.

The 19-year-old improved to 10-1 and became the first NPB pitcher to reach double digits in victories this season.

The Buffaloes (43-34-1) held a 1½-game lead over the Tohoku Rakuten Golden Eagles and a 3½-game advantage over the Marines in the PL standings through Friday.

Matsuyama, Sam Burns and Abraham Ancer competed in a two-hole playoff after all three finished at 16-under 264. Matsuyama shot a 7-under 70 in the fourth round to put him in contention for the title.

Ancer triumphed in the playoff.

Matsuyama, this year's Masters champion, missed a 20-foot putt on the first playoff hole, which pulled him out of the running for the title.

“It’s tough to lose in a playoff,” Matsuyama told reporters later. “But I wasn’t able to hit the fairway with either tee shot [in the playoff]. I did my best."

Mitoma Signs with Brighton & Hove Albion, Loaned to Belgian Side

On the same day, Brighton said Mitoma will be on a season-long loan to Belgian club Royal Union Saint-Gilloise.

The 24-year-old Mitoma, who played for Japan at the Tokyo Olympics, appeared in 64 games in all competitions with Frontale and scored 30 goals. He had 13 in 30 J. League matches last season for the champions.

In an interview with the BBC, Brighton technical director Dan Ashworth called Mitoma a player "we have tracked for a while."

"As part of his development we have decided to loan him to Union Saint-Gilloise, to help him become accustomed to European football, and test himself in a different environment," Ashworth added. "We are looking forward to seeing how he progresses in the next year."

Mitoma believes now is the right time to pursue this challenge in Europe.

"I always have the aspiration and will to do my utmost as a professional footballer and that's why I've made this decision," Mitoma said in a statement.

"You were instrumental in me getting to the final that day."

ーHansle Parchment, the men's 110-meter hurdles gold medalist from Jamaica, said in an Instagram video, thanking an Olympic volunteer named Trijana Stojkovic whom he met after boarding the wrong bus prior to the semifinals on August 4. Stojkovic paid the disoriented Olympian's taxi fare. He arrived at the New National Stadium on time to compete, and the rest is history. Read more about Parchment's unlikely tale here.

“There [are] a lot of different parts to the game and he does a lot of them really well.”

ーDavid Bell, manager of the Cincinnati Reds, on his decision to pencil Shogo Akiyama’s name in the starting lineup on August 10 against the Atlanta Braves, according to the Cincinnati Enquirer. It was the fourth time this season that the left-handed Akiyama started against a left-handed pitcher.