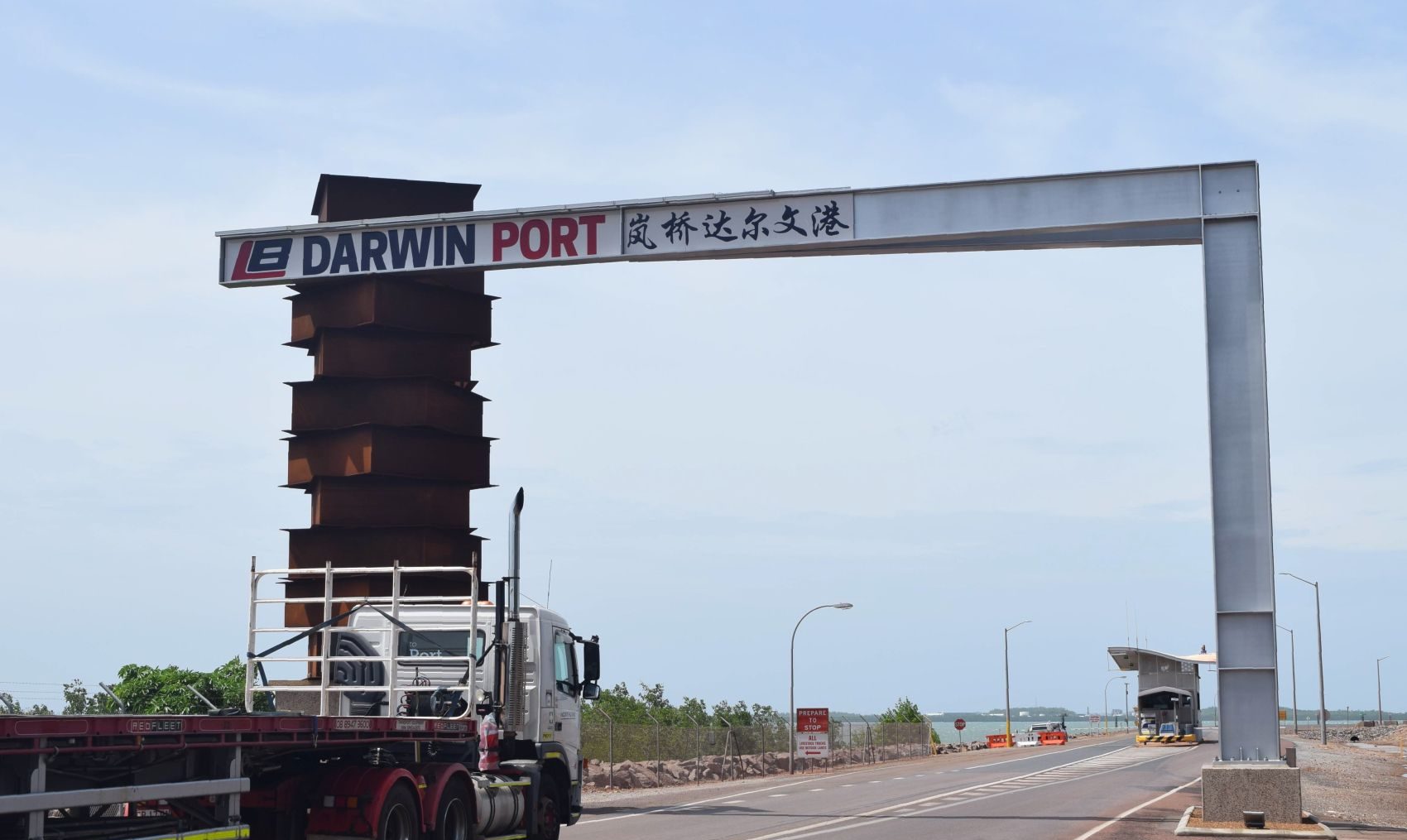 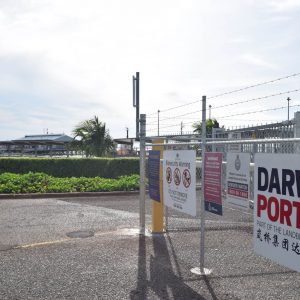 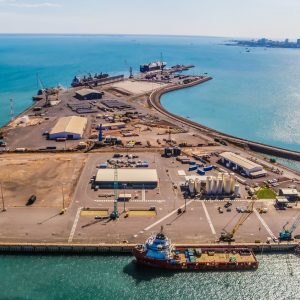 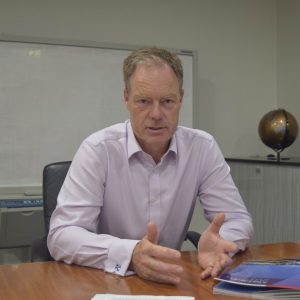 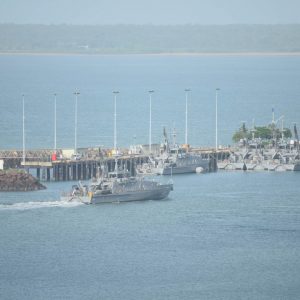 It has been more than three years since the Chinese firm Landbridge Group won a bid to operate the Port of Darwin in Australia’s Northern Territory, near a base where United States Marines are stationed on a rotational basis.

The 99-year lease for the port was awarded in October 2015, just as the U.S. was pursuing its “Pivot to Asia” strategy to counter China’s expansion. The displeasure subsequently expressed by the Obama administration has been one of the factors behind the Australian government’s recent efforts to check Chinese influence.

Nevertheless, on the ground in the Northern Territory, the mood seems very different from that found 3,000 kilometers away, back in the Australian capital of Canberra. Here, clearly the welcome mat remains out for Chinese investors.

Although the Northern Territory covers roughly 3.5 times the territory of Japan, it has only 250,000 inhabitants. Of these, 120,000 — nearly half — live in the port city of Darwin, which has hosted a naval base since before World War II. Its importance as a strategic location is evidenced by the fact that it was bombed repeatedly by Japanese forces during that conflict, beginning immediately after the outbreak of hostilities in 1941.

It is only about a five-kilometer drive from the civic center facing the ocean to the international airport, which is used jointly for military and civilian purposes.

From there it took me only about 20 minutes to cover the 15 kilometers to the gate of the Australian army base that the U.S. Marines use for ground training half a year, during the dry season.

Although the Marines finished their latest round of rotational training in September 2018, at the beginning of December two U.S. Air Force B52 strategic bombers landed in the city. Without a shadow of a doubt, Darwin is a vital component in the U.S. military strategy to deter China.

Still, in downtown Darwin, there are many empty stores and only a scattering of people to be seen on the streets.

Standing in stark contrast are several new high-rise apartments, built in expectation of housing workers involved in the construction of a natural gas liquification facility that only began production last summer. “They’re still mostly empty,” said a housewife in the neighborhood.

Unlike Sydney, Australia’s largest city, where billboards in Chinese are a common sight, the presence of “Chinese money” is not readily visible in Darwin. All the more reason why the sign “Darwin Port – Part of the Landbridge Group” in front of the commercial harbor facilities caught my eye.

“Darwin has attracted a number of investors from abroad, and our company is only one example of that,” emphasized Mike Hughes, vice-president of Landbridge Group and head of its Australian operations.

His company clinched the deal for the 99-year lease back in 2015 by paying AUD$ 506 million (around ¥ 40.9 billion) upfront. The contract price is more than 25 times the profit the port had earned over the preceding two years. “The price tag was unprecedented,” said a local journalist. Landbridge also promised to invest AUD$ 200 million (about ¥ 16 billion) over a 25-year period.

Although the naval base that houses Australian Navy patrol ships was not part of the deal for the commercial harbor, the situation is different for the military-civilian joint-use piers — which are included in the lease. They are the only shore facilities in northern Australia that can accommodate large ships. Hughes said, “It might be a small harbor, but it has enormous potential.”

Critics say the lease agreement bears the mark of Chinese Communist Party influence. Ye Cheng, the billionaire owner of the privately-held Shandong Landbridge Group headquartered in the city of Rizaho in Shandong Province, has close ties with the Chinese government.

For example, from 2013 to 2018, Ye served as representative to the Chinese People’s Political Consultative Conference (CPPCC), a political advisory body for the central government. Another indication of the deep ties between his business empire and the Chinese military in Shandong is the fact that people’s militia units were established in his companies in August 2014.

According to the reports by Australian media, Landbridge has also been actively cultivating Australian politicians. It has been disclosed that the company hired former trade minister Andrew Robb as an advisor immediately after he left government in 2016 — at a hefty annual salary of AUD$ 880,000 (around ¥ 70 million).

Robb has also received large donations from another Chinese businessman. And he serves on the advisory board of the Australia-China Belt & Road Initiative, which is promoting the position that Australia should participate in Chinese leader Xi Jinping’s signature mammoth economic scheme.

Concerns have been voiced by the security specialists that, in the event of a military crisis, Landbridge would seek to restrict the use of the port by U.S. military forces. Hughes denied the possibility, claiming: “We are the operators, not the owners. The contract, among other things, imposes a duty to maintain equal access to the port.”

Dr. Ying-Yu Lin, assistant professor at the Institute of Strategic and International Affairs of National Chung Cheng University in Taiwan, thinks differently. “There’s a possibility that, in case of an emergency, they might purposely run vessels aground and otherwise interfere with the operations of the U.S. and Australian militaries.”

He mentioned how Landbridge has plans to open a luxury hotel right beside the military-civilian joint-use wharves in 2021, while China’s Donghai Airlines has already started direct flights between Shenzhen — its base in southern China — and Darwin, from May 2018. He pointed to these developments as evidence of the high hopes Darwin has for attracting well-heeled Chinese tourists.

On the other hand, Craig Dunlop, a reporter for the NT News, labels the 99-year lease a “de facto sale.” Moreover, regarding the territorial government’s explanation that the deal was designed to wipe out the port’s fiscal deficit, he countered: “The deficit was not at a problem level.”

The same newspaper has lashed out at Adam Giles, former chief minister of the Northern Territory, arguing that he in effect sold the port out of a desire for investment funds for election use. The current Labor Party administration led by Michael Gunner, in an apparent face-saving effort, announced in 2017 that it intended to retain a 20 -percent stake in the port.

(Click here to read the report as first published in Japanese.)