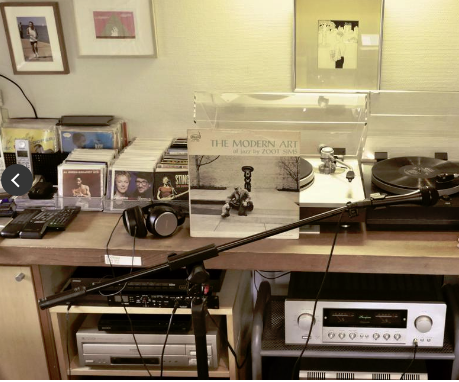 A slogan which many have been sharing in Japan on SNS and mainstream media is “Corona ni makeruna!” It roughly translates as “Don’t let yourself be beaten by the coronavirus!” In this series, we share some of the creative ways in which people are fighting these strange times, through the initiatives of internationally-loved authors, heartwarming projects, recipes, sports, and much much more. 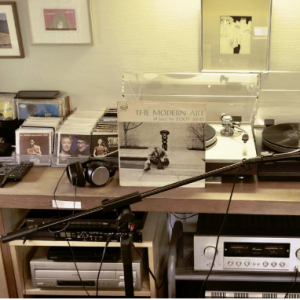 Home Studio Where the Show Was Recorded 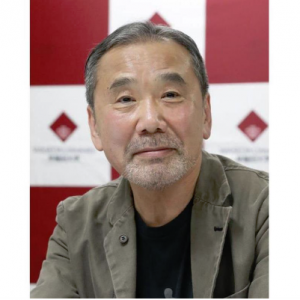 Renowned Japanese novelist Haruki Murakami hosted a special radio show from home on May 22 to cheer up fans and listeners in this unusual time of the novel coronavirus, and to encourage them to find ways of caring for each other.

The 71-year-old author is known for bestsellers, such as Norwegian Wood and Kafka on the Shore. But, this time, he played the part of DJ in the late night show Murakami Radio “Stay Home” Special, aired on Tokyo FM for two hours from 10 P.M.

The show began with the music “Look for the Silver Lining” by the Modern Folk Quartet. It was followed by 16 other songs, selected from the genres of classical, jazz, pop, and rock.

One song that hit home for many was a very striking version of “Raindrops Keep Falling On My Head” by Isley Meets Bacharach. The common thread was smile, sunshine, birthday memories, and in general a call to accept the situation, because, just like the raindrops falling on your head, the pandemic is out of our control.

Murakami talked of his personal experiences, listened to fans’ stories, and commented generally on the circumstances of COVID-19. The famed author pointed out that comparing the fight against the coronavirus to a war, as politicians often do, is inappropriate.

“It’s a challenge for us to figure out how we can share our wisdom to cooperate, help each other, and keep our balance. It’s not a war to kill each other, but a fight for wisdom to let us all live,” he said.

An avid listener and collector of music, Murakami used to own a jazz bar. He is the owner of a library of records kept in his study at home, where the radio program was pre-recorded. The author has also written on the subject of music, and one of his most famous novels, Norwegian Wood, pays tribute to the eponymous Beatles’ classic.

Murakami has hosted his Murakami Radio every two months since August 2018 on Tokyo FM. But the current situation prompted the author to aim this edition specifically at those affected by the state of emergency, which has since been lifted in Japan, and the new lifestyle of physical distancing, restrictions on activities, and hygiene measures that continues to affect people in Japan and around the world.

As an author, Murakami has often written about events that shocked society, such as in the novel Underground, which treated the topic of the sarin gas attack in the late 1990s.

As the COVID-19 pandemic lingers, fans might be in for special creative content from the novelist in the near future. In passing, Murakami mentioned that the virus had influenced him and his work, as society was undergoing a “social experiment.”

Murakami concluded his radio show by encouraging fans to cheer up. He reflected that if we didn’t come together, the world would be a worse place after the crisis.

“If love and compassion are lacking, the world after the corona will surely be an edgy and insipid place, even if masks and vaccines are abundantly distributed,” he said. “Love is important.”

‘We Are One: A Global Film Festival’ — Online 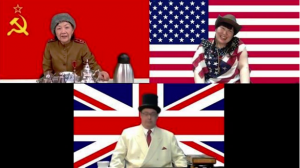 There used to be a time when we distinguished between the real and the virtual. But in a time when travel abroad is restricted or forbidden for most people, this distinction is becoming increasingly blurred.

As a result, perhaps one of the most interesting online experiments of our time started on May 29.

The idea is that everyone all around the world will be able to peek into different cultures through film, while also raising funds for organizations carrying out relief efforts for those affected by COVID-19. The fundraising recipients include the World Health Organization, as well as local relief partners in each region.

Beginning May 29 until June 7, the films can be viewed completely for free on YouTube.com/WeAreOne. Some films will be visible only for a limited time, making it wise to check the schedule in advance.

We often talk about film’s uniquely powerful role in inspiring and uniting people across borders and differences to help heal the world. All of the world needs healing right now…. “We Are One: A Global Film Festival” unites curators, artists, and storytellers to entertain and provide relief to audiences worldwide. In working with our extraordinary festival partners and YouTube we hope that everyone gets a taste of what makes each festival so unique and appreciates the art and power of film.

Tokyo will be participating in the effort. Chairman of Tokyo International Film Festival Hiroyasu Ando explained:

The Tokyo International Film Festival is very pleased to be part of “We Are One: A Global Film Festival.” We believe this event, held in such challenging conditions for all of us, is both important and meaningful. Not only will it remind us of the delights of film festivals, which bring people in the industry and film fans together to share the joy of watching films, but it will also shine a light through the darkness.

All together, over 35 countries are represented in the program, which  includes 23 narratives and eight documentary features, 57 narratives and 15 documentary short films, 15 archived talks along with four festival exclusives, and five VR programming pieces.

The Japanese side includes the contribution of director Masaaki Yuasa with Genius Party: Happy Machine (2007), and the world premiere of Japanese narrative short, The Yalta Conference Online, created exclusively for the festival by director Koji Fukada.

Notable film presentations from other countries will include: